Brazil’s Augusto Farfus has taken pole position for him and his #26 Marc VDS BMW team-mates for Saturday’s 2015 Nurburgring 24 Hours, setting a rapid pace of 8:17.394 compared to last year’s 8:10 from Kevin Estre, which was done without the speed-limit zones in force for this year’s race.

The 30 cars that had secured spots in the final runoff were flagged away from the start-finish line at 10-second intervals and each would get an out lap plus two flying laps to set their time. Aston Martin’s Stefan Mucke and Audi’s Rene Rast bookended the group, which was made up entirely of SP9 (GT3) cars with the exception of the #61 Black Falcon and #92 Manthey Racing Porsches, the #9 SCG 003 (SP-X) and the #53 Gazoo Racing Lexus (SP-Pro).

Farfus improved on his second flyer, going down to the 8:17.394 pole time, while there was also a second-lap improvement for Adam Christodolou in the #2 Black Falcon Mercedes, who slotted into second courtesy of his 8:18.341.

“It’s a pleasure to be on pole and to have two clean laps around the Nordschleife,” said Farfus afterwards. “I was already excited before qualifying. We definitely have a good package, we just have to get the best out of it tomorrow.” 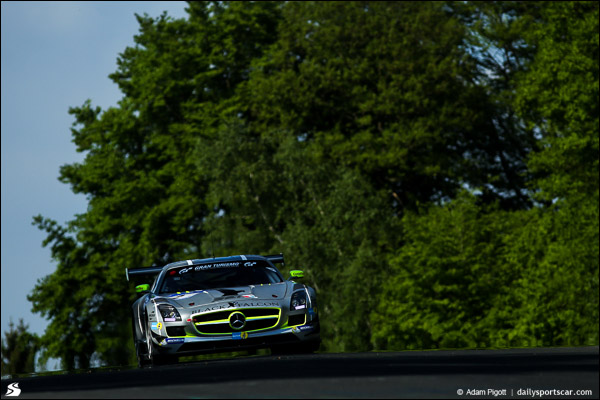 Second-place man Christodolou said: “My first lap felt good but the tyre temps weren’t quite there, I’d been too cautious on the warm-up. But on the second lap the car was just on rails. Black Falcon and Mercedes have been working incredibly hard the last few months and the car feels amazing. It feels good to split the BMWs.”

Third-fastest was the #20 Team Schubert BMW, piloted here by Jens Klingmann, with the #19 sister car of Dirk Muller just behind in fourth. 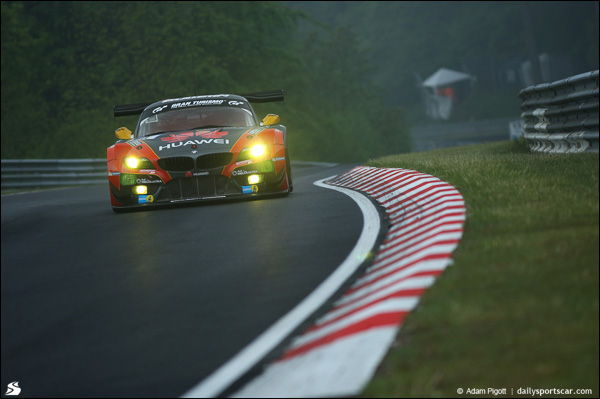 Fifth-fastest, and quickest Audi, was the #29 WRT new-generation R8 of Pierre Kaffer, while the second Marc VDS car (the #25, driven by Maxime Martin) qualified sixth. 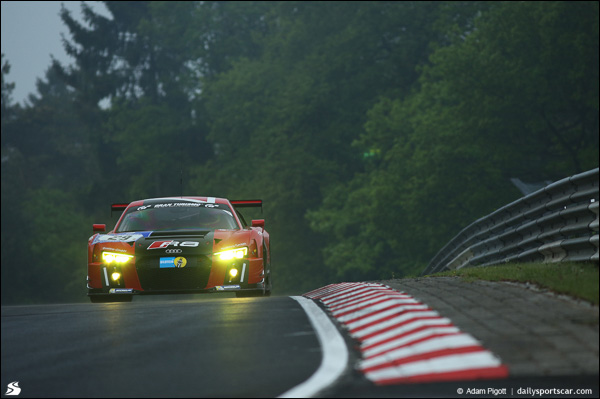 The #28 WRT Audi of Nico Mueller was seventh-fastest, with eighth falling to the fastest of the Bentleys – the #84 HTP machine of Lance David Arnold. Last year’s race winners in the #1 Phoenix Audi qualified ninth, with Rene Rast taking the wheel for the hot laps. 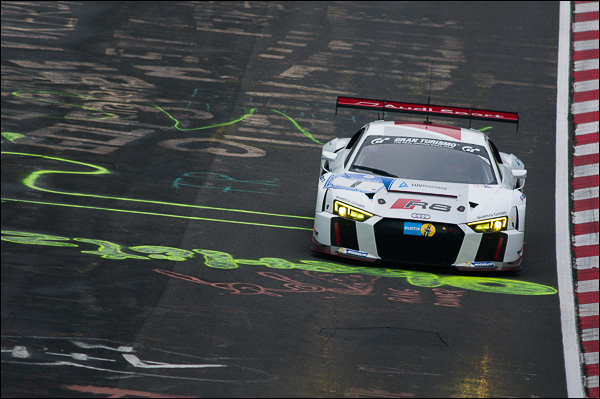 Completing the top 10 was the sister Phoenix Audi – the #4 driven in this session by Frank Stippler, while the #23 ROWE Mercedes qualified 11th in the hands of Nico Bastian. 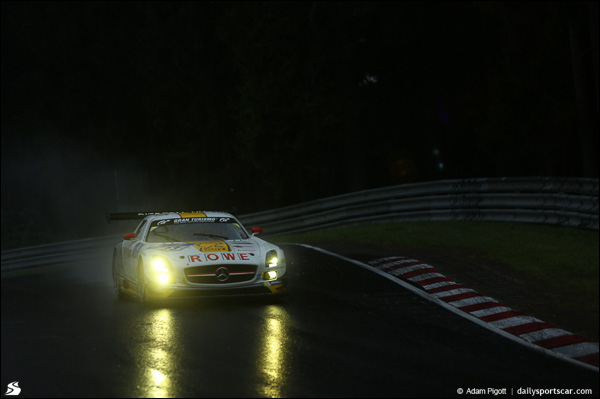 The two Astons qualified line-astern in 12th and 13th – the #7 of Stefan Mucke ahead of the #6 of Richie Stanaway – although the latter car will start from 18th on the grid on Saturday due to a five-place grid penalty for contact in an earlier session when Mathias Lauda was at the wheel. 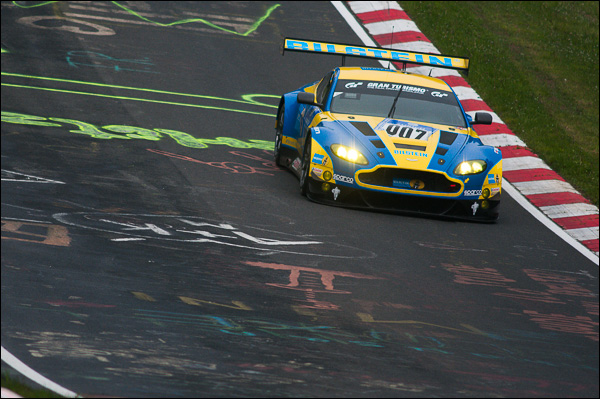 Bumped up to 13th then is the #30 Frikadelli Racing Porsche, driven by Patrick Pilet (believe it or not the highest-qualifying Porsche), while positions 14 to 17 were taken up by a brace of Mercedes SLS: the #27 Zakspeed, the #22 ROWE, the #8 Haribo and the #5 Black Falcon. 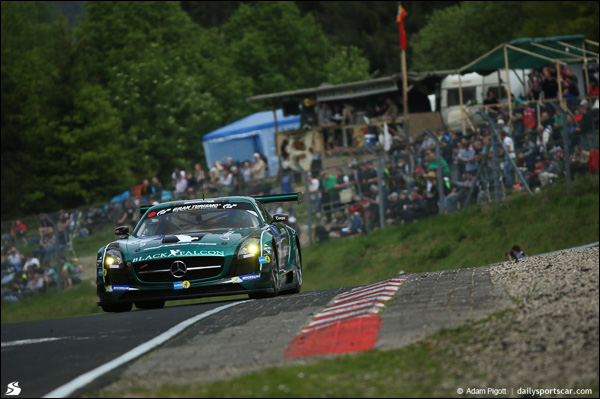 Behind the penalised Aston in 18th, the top 20 was rounded out by the #44 Falken Porsche (Martin Ragginger) and the #85 driven by Guy Smith. 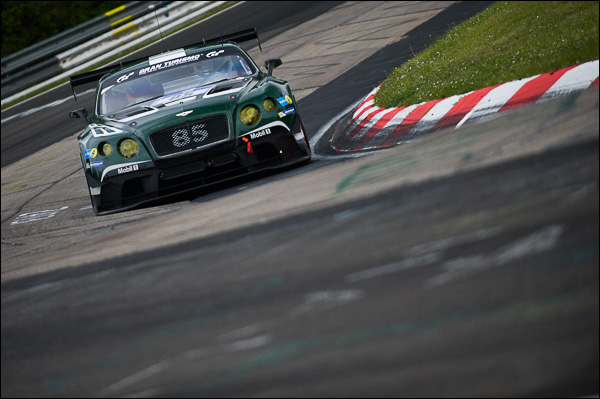 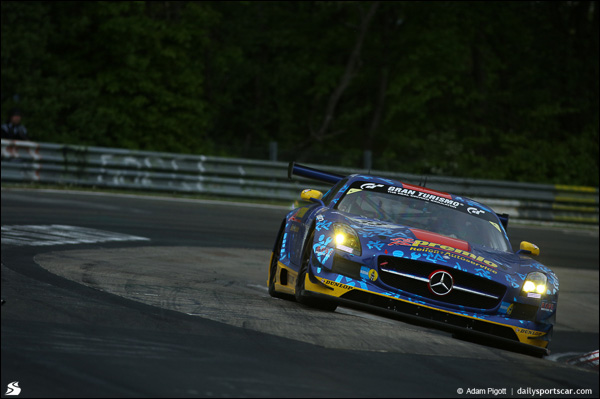