Toyota Test At Spa With Kobayashi 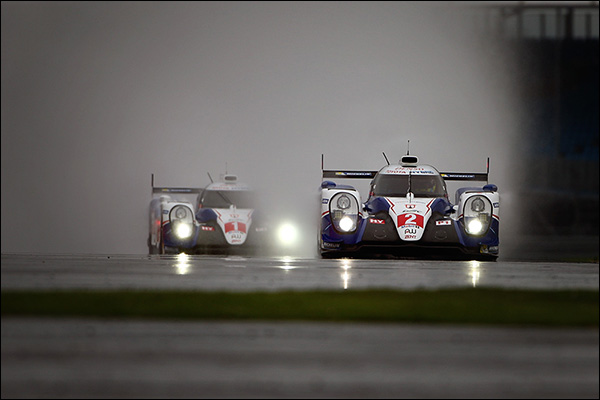 Toyota’s nominated Test Driver Kamui Kobayashi is confirmed as driving at the test as his countryman Kazuki Nakajima continues what is proving to be a rapid recovery from the fractured vertebra he suffered at the Spa WEC race earlier this month. The procedure to help Nakajima’s recovery involved injecting medical resin (effectively a ‘superglue’) into the fracture to assist the healing process.

Sport Auto’s Chief Editor Marcus Schurig and Racecar Engineering’s Sam Collins are both currently pursuing a story that BMW is in the process of advanced assessment, (or even potentially design) of a near future LMP1 car.

With Audi publicly counting out any near future F1 ambitions (see below) a move to the FIA WEC for BMW makes much sense, putting the Bavarian based OEM head to head with two of its major market rivals (Audi and Porsche) and giving them an opportunity for activation of it’s alternative energy ‘i’ sub-brand.

Both magazines say that discussions are underway with the rule makers around proposed changes for 2017 in order to assess how a race programme might best be aligned with the technical ruleset.

After another flurry of media coverage surrounding a hissy fit from Red Bull and a clarion call for Audi to enter F1 Audi CEO Rupert Stadler has again counted out any near future programme. He is quoted in German media as saying “Formula One should solve its own problems,” this a reference to statements reported to have been made by Red Bull surrounding the current debacle of engine development issues meaning that Mercedes Benz has a major performance advantage.