There have been some big changes for the French GT championship for its 19th season, the sixth with GT3s as the top class and the fourth managed by Oreca.

Three drivers per car are now mandatory and the race format is increased to 90 minutes.

Only the Le Mans Bugatti round will see a different format, with three 1 hour races.

Crews can be made up of one gold driver and two bronze, or two silver and one bronze. Two drivers (bronze only) per car is only allowed in Gentlemen Challenge.

Pit-stop windows are between the 28th and 33rd minutes, and between the 58th and 63rd minutes. Time handicaps stay the same as last year, with 20″ for the winner, 12″ for second place and 8″ for third place, but they will only be applied for the following race, instead of being accumulative.

The opening round saw a grid of 10 teams and 17 cars at Lédenon in comparison with the 14 teams and 16 cars at Paul Ricard for the last round of 2014.

But the teams that continue in GT Tour are the main ones, the pillars of the series. The bad side is a reduced diversity of the cars entered. Only three this season : Ferrari 458 Italia GT3, Audi R8 LMS ultra and Porsche 997 GT3 R.

The grid for the first race is set with the average time of two drivers. Beaubelique and Giauque (Ferrari #20) set the pole for Saturday’s race.

In the second qualifying session, Beltoise set the fastest time when completing his final lap, with only 0″005 over Parisy.

Giauque kept the lead at the start on Saturday. Behind Hallyday briefly lost second place. The four leading cars separated by less than two seconds. On the ninth lap, Hallyday overtook Giauque, but only for a few meters. Together, they built a 10 second advantage on Cayrolle, Pernaut, Simonet, Piallat and Strazze. 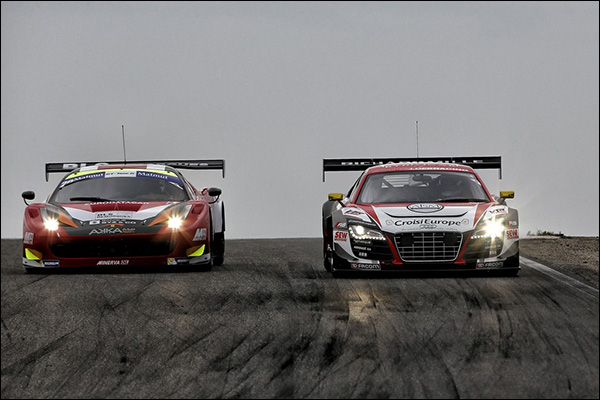 After the first pit-stops the Ferrari #20 still led, now ahead the Audi #3 and the Ferrari #6, but Lémeret was soon overtaken by Narac. The 2014 champion then closed the gap on Gaillard. Lémeret continued to lose places when he made a mistake while overtaking a backmarker. Sancinena gained 4th place. 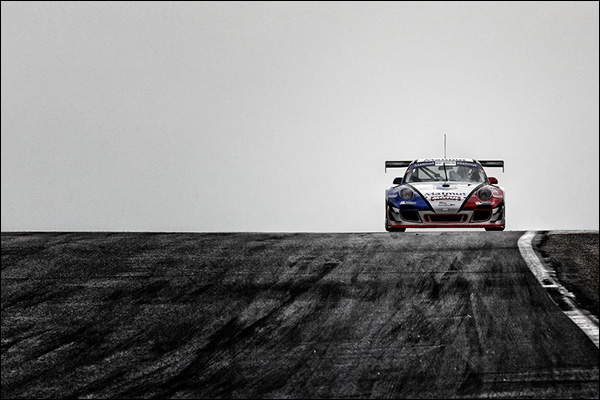 Narac pitted late into the window and the Porsche #1, now written by Dumez, rejoined the race in the lead. But not for long. 27 minutes before the end, he couldn’t resist to Moullin-Traffort. 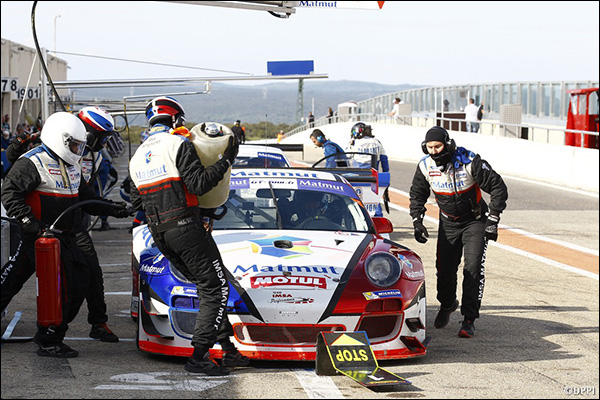 Ten minutes later, he was also overtaken by Parisy. It would be the final change of positions for the leading cars. Giauque, Beaubelique and Moullin-Traffort winning the first round of the season with a 6 second advantage over Hallyday, Gaillard and Parisy. 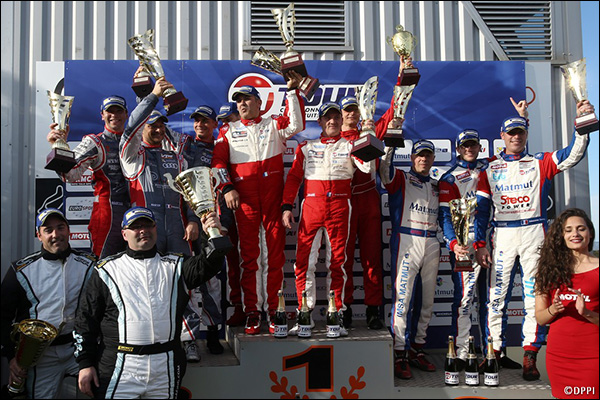 Sunday’s second race of the season was cancelled due to torrential rain making the track surface too dangerous.

Grey and rainy week-end at Le Mans for the 2nd round of the GT Tour, the sun will only appear for the last of the three races scheduled. The three qualifying session take place on Saturday morning. Stéphane Lémeret (Ferrari #6), Sacha Bottemane (Porsche #17) and Olivier Panis (Ferrari #16) are the fastest in their respective sessions.

Under heavy rain, the race started behind the safety car. The Green flag was waved after one lap. Lémeret keeping the lead. Samon followed at the beginning, but was soon overtaken by Giauque et Degremont. Barthez took fifth place from Misslin, who then spun and fell outside the top 10.

Lémeret increased the gap on Giauque (Ferrari #20) to 3″ and on Degremont (Audi #7) to 10″ before the opening of the first pit-stop window. When it closed, the Ferrari #20 still led, now driven by Cayrolle, followed by Cazenave (Audi #7).

Beaubelique (Ferrari #20) and Debard (Ferrari #16) had contact. Debard gaining 3rd place, but not for long, receiving two penalties, for being too fast in the pit-lane and not respecting the minimum time for the pit-stop.

Cazenave closed the gap on Cayrolle, while Bottemane (Porsche #17) revelled in the wet track, climbing to 3rd place. He was followed by Soave (Ferrari #12), Sancinena (Audi #24) and Narac (Porsche #1). There was no change for the lead after the second pit-stop, Santamato now leading Deguffroy, but with an increased gap.

Lariche (Porsche #17) was less comfortable than Bottemane on the wet track and was overtaken by Guibbert (Ferrari #12). Deguffroy suffered the same fate and Guibbert took second place. Moullin-Traffort set the fastest lap and improved it, to climb from sixth to third place.

It was an easy win for Lémeret, Cayrolle and Santamato, leading from start to checkered flag, receiving it with a 46″ advantage on another Sport Garage entered Ferrari. With another 458 in third place for an all-Ferrari podium. 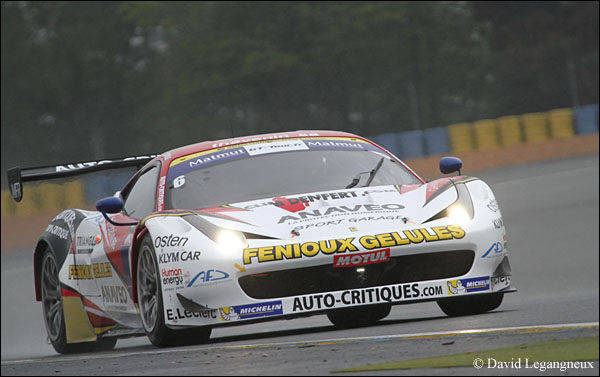 The second race also took place in wet conditions, so the start was again given behind the safety car, with the green flag waved after one lap. 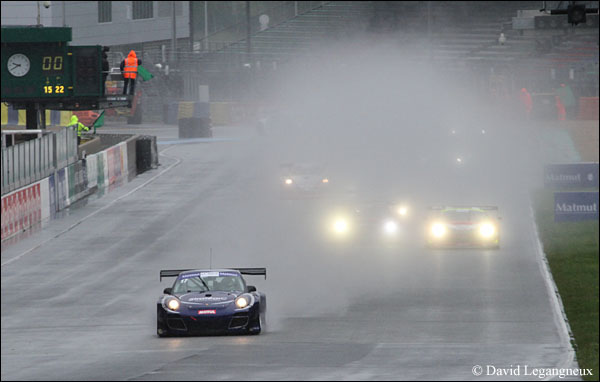 Sacha Bottemane was again comfortable in these conditions and, with a clear track ahead of him, he easily built a big advantage on Beaubelique and Cazenave. But in vain, as Christian Bottemane spun and touched Sancinena. Both cars retired and the safety car returned to the track.

At the end of the first full course yellow, Sacha Bottemane stayed on the track while most of the other cars entered the pits. Contact between the Ferrari #20 & #36 prevented the safety car driver from taking any rest and the second full course yellow lasted until the half race mark.

Lémeret was fast and despite his time penalty after his win on Saturday, he climbed to the podium.

After the second pit-stop, IMSA Performance was still leading, now with Dumez, but not for long, overtaken by Deguffroy (Audi #7), Santamato (Ferrari #6) and Panis (Ferrari #16). 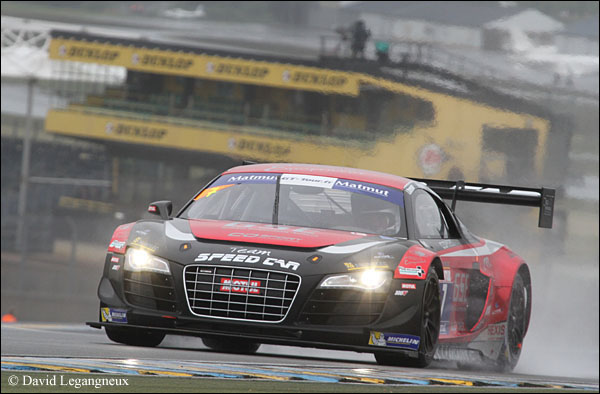 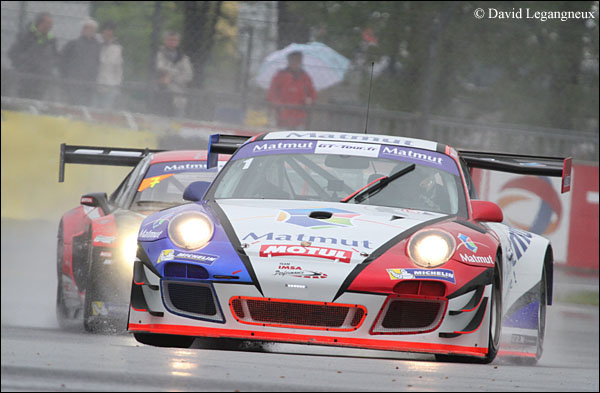 Santamato made a mistake and lost two places while Panis put pressure on Deguffroy. But the strongest driver for the last third of the race was Lunardi (Ferrari #36), taking the lead 10 minutes before the checkered flag after several overtakes. 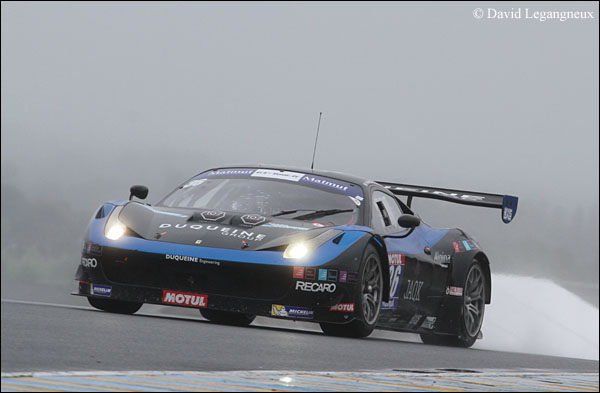 Santamato managed to return to the podium, while Beltoise climbed from 7th to 4th. Lunardi gave the first win of the season for Team Duqueine, the 3rd straight win for Ferrari. 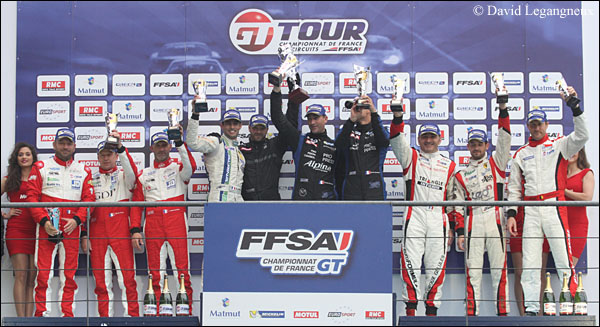 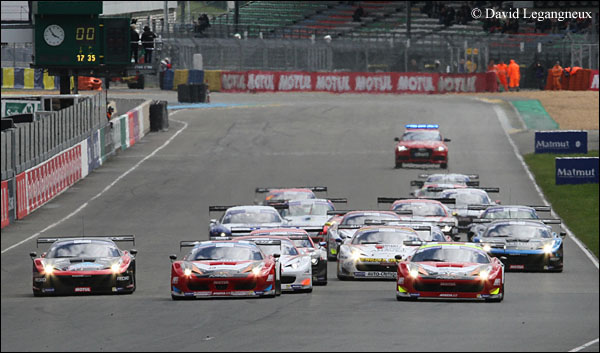 The first corners were eventful, negatively for Lunardi (Ferrari #36), but positively for Basseng (Audi #23), who climbed to 5th place, ahead of Martins (Audi #5).

Moullin-Traffort managed to build a 2″ advantage on Panis before the opening of the first pit-stop window. 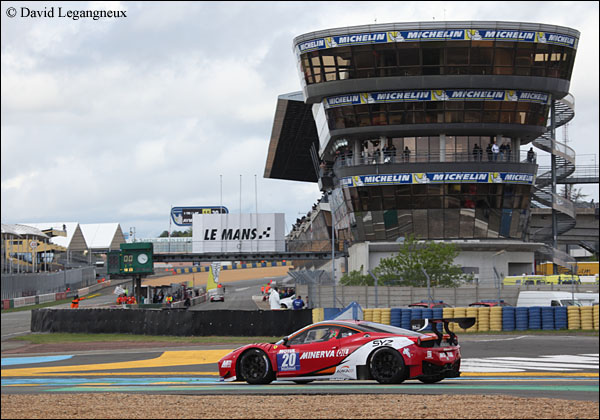 Having no time handicap helped Tardif (Ferrari #9) to take the lead, ahead of Beaubelique (Ferrari #20), who managed to overtake Christian Bottemane (Audi #5). He’d do the same with Beaubelique at mid-race, taking the lead.

Fast in the wet during the morning, Sacha Bottemane was also quick in the dry, moving from 6th to 2nd place in less than 10 minutes.

He even briefly took the lead during the second pit-stops window. Sport Garage managing the driver change well, and took back the lead, now with Pialat (Ferrari #9). He resisted Giauque’s pressure. 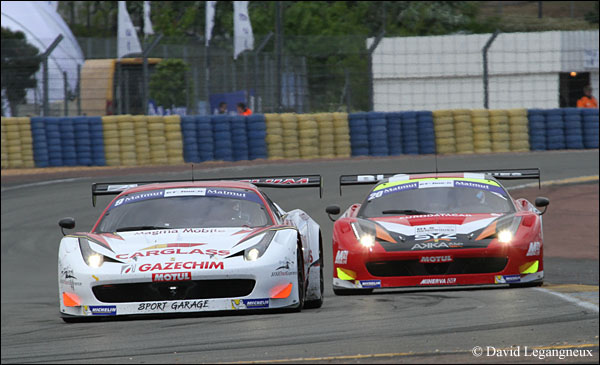 Behind, Sébastien Loeb Racing lost hope of a good result when the Audi #5 encountered engine trouble. That was good news for Misslin (Porsche #17) who gained third place, but was under pressure from Lémeret (Ferrari #6), Pernaut (Porsche #1) and Barthez (Ferrari #16). 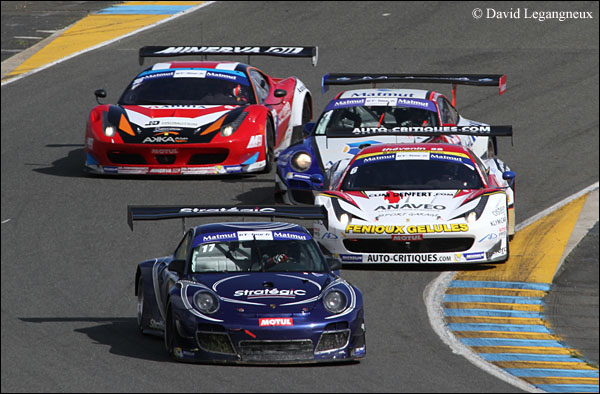 The four drivers were close together. Their battle for 3rd place became a fight for second place when Giauque had contact with a backmarker. It ended in the S bleus when Misslin, Pernaut and Barthez got together and, opening the way for Lémeret to take second place for good.

Another 1-2 for Sport Garage and a fourth straight win for Ferrari. Misslin was able to climb on the podium, but would lose the third place with a 5″ penalty, being considered guilty for the contact. 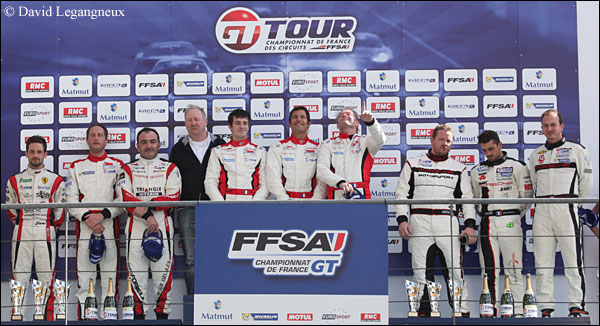