As DTM and Super GT (plus IMSA) close in on the new ‘Class One’ regulations, it seemed a good time to catch up with a man who has been part of the DTM ‘show’ for a decade.

Eight race wins and at least a podium finish per year for the 10 full seasons that he’s so far contested, Green raced for Mercedes Benz until 2013, when he made a much-publicised switch to Audi.

Since then the Leicester-born lad has struggled for results, but it seems a change is coming. 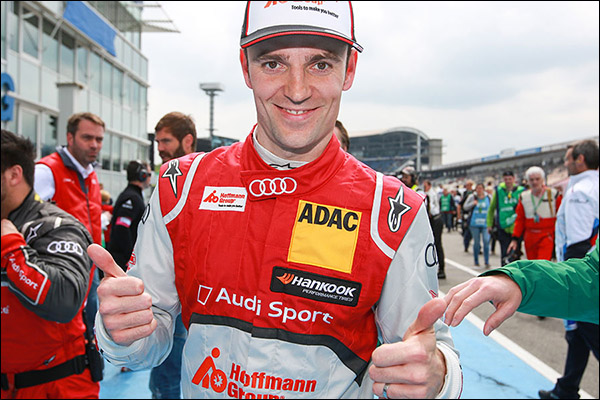 “I think it’s about time I started to get some proper results for Audi. The last two years have really been like laying the foundations for my Audi career and it was a bit slower than I anticipated getting to this point.

“It has though been an interesting time, because I’ve driven for two teams within Audi and feel that this year everything is well set up for me to really deliver, because I’m working with the same engineers and the same mechanics as in 2014. In the two previous years I had what was, for me, a new team each time.

“In some cases it worked and in others it didn’t in that period, but I feel that this winter has gone very smoothly, without the need to fly to Germany and back to meet and get to know new people that I’m working closely with and within the comfort zone (because the regulations are frozen) of knowing that the car is competitive.

“The car was frozen before the middle of 2014 – all manufacturers measured their cars and then the cars were homologated at that point to within a tolerance of 1-2 mm! 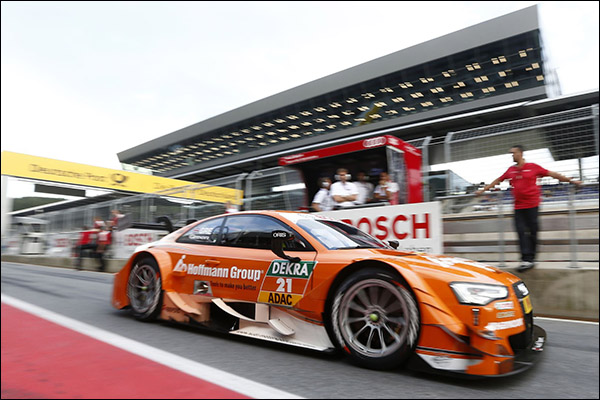 “Very little has changed technically apart from optimising what we already have, and we’ve had the whole winter to think about all of that.”

DTM tends to have peaks and troughs internationally though doesn’t it?

“Internationally, certainly in Europe, it’s not as well known and widely followed as it has been and as I think it should be. On the other hand, the relationship that’s now developing with Super GT is a real step forward, but then as a British driver I feel that Audi’s DTM effort is not well enough known in this country.

“I don’t want to decry the efforts of the manufacturers, but I do think it could be promoted in a better way across Europe beyond Germany. It has survived as it is for the past 15 years, so I can understand the perspective of those responsible for promoting it. They have good spectator turn-outs in Germany and good TV ratings in Germany, too.

“But as a Brit I have a different perspective and feel we could improve it, especially in this country. There are other countries like France and Spain that aren’t motorsport cultures in the way we are and that’s why I think it’s a shame that it’s not better understood and activated.

“We have great tracks and drivers in the DTM – to race at for instance Donington Park would be fantastic. I think we should try to make it happen.”

DTM is a good format for TV though. That must be a plus compared to endurance racing?

“Yes, that and the fact that the cars are, in shape at least, identifiably ‘road’ cars, so someone who may have an Audi A5 can identify with the car they’re watching in a one-hour race. That builds brand loyalty for the manufacturer and for the series (and hopefully the drivers too!). 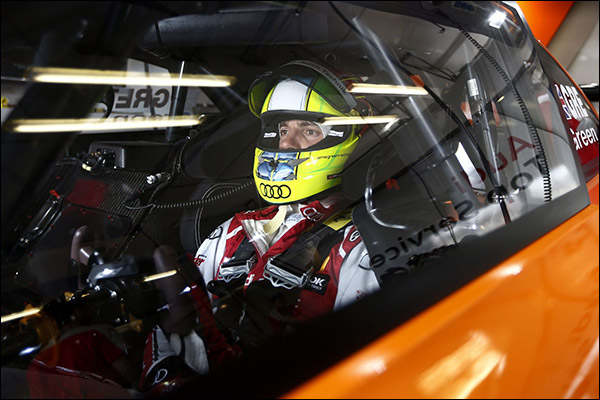 “I think the platform is great. That’s why we’ve seen a new manufacturer come into DTM, because in some ways it makes more sense than Formula One, as it represents what you’re actually selling!”

In fairness EVERYTHING makes more sense than F1!

“The cars are mega quick – we might carry the branding of a touring car series, but we’re around 20 seconds a lap faster than a regular touring car.”

And what are the lap times compared to GT3?

What could DTM do now to improve and broaden its appeal?

“They could significantly reduce the downforce level to enable you to follow a car closer and make the racing better and increase the horsepower, plus some softer tyres and pitting more often.

“At the moment, the cars have a massive amount of downforce, the tyres are very durable and it’s kind of underpowered. The cars have broadly the same power as we had when the championship was relaunched in 2000 with an air-restricted V8 – roughly 500bhp – but imagine how much downforce they’ve found in those 15 years! It’s still a drivers’ series, but more like F3 due to the characteristics of the cars.

“We can’t follow closely because of the aero. That’s why we have the gimmicks like DRS as F1 does. Gimmicks don’t address the problem.”

You’re part of the Audi family, are there are potential future opportunities for you within that family outside of DTM?

“Yeah, I think so. That was one of the reasons I joined Audi – other opportunities but staying with the same people, so I definitely wouldn’t rule it out and I’ve been thinking about what I would like to achieve in my career.  I’ve won the F3 championship, I’d like to win the DTM championship and I’d like to win Le Mans within my career.

“Look at someone like Allan (McNish), who’s just retired at 44. Based on that, I have potentially 12 years ahead of me and I think it’s good to have some realistic, achievable yet ambitious objectives to work on.”

What about GT? Does that hold appeal, even as a way into LMP1?

“Not really to be honest. For me, I see DTM as such a high level that a GT programme would be a step down, although it’s a step into a different sort of racing and could be useful on the learning curve. I still feel that DTM is at such a high level that I really would see a move to LMP as being a step sideways or maybe even a step up.” 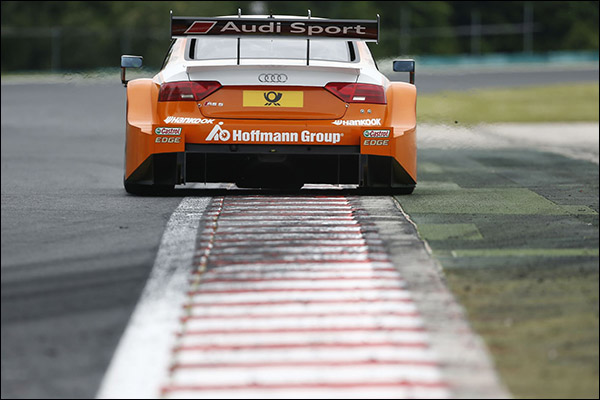 “I think, if I could choose, mapping out my ideal career path, I’m giving myself five more years in DTM after this season and then I’d be looking for a change. I’ve already done 10 seasons of DTM, have moved to Audi, which is nice because it’s a change, but it’s still the same tracks and racing philosophy. In any job if you do the same thing for 15 years, you might become a bit stale, so that’s where I see a logical change point. Change is always a challenge, usually in a good way.

“When I joined Audi, the main challenge was a very limited amount of testing and practice time available. The ITR cut all of the free practice. You had just a 40-minute session before you qualified, and this with a car with very different balance and behaviour. It was a very tricky transition.” 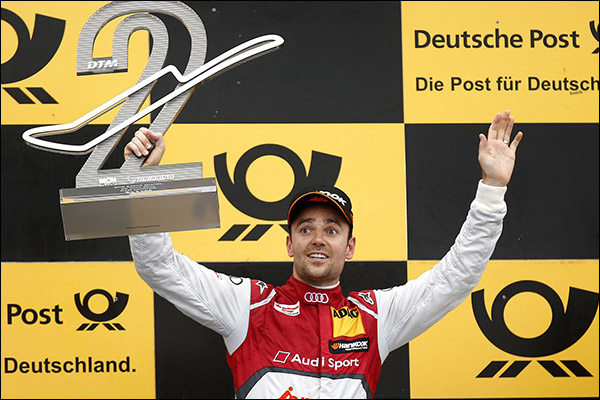 “At the end of the season, I moved to Team Rosberg and it started to gel better, but there was still a transition to the new team to manage. This year should be better an more stable.”

“It’s a very interesting potential development and it might extend my DTM career, because if, through that, things change and perhaps I could race in Japan, perhaps in a tyre war, then that would be a cool transition to make, it moves things up a notch or two.

“It would be the first time I would’ve raced in that environment, though. I’ve done some tyre and sim testing work in F1, even there you can see there’s massive potential for development through the racing, and another level of challenge and interest for the drivers. Add in new tracks and new competition and it is a really interesting proposition. I think the potential interest from the public would be huge, too.” 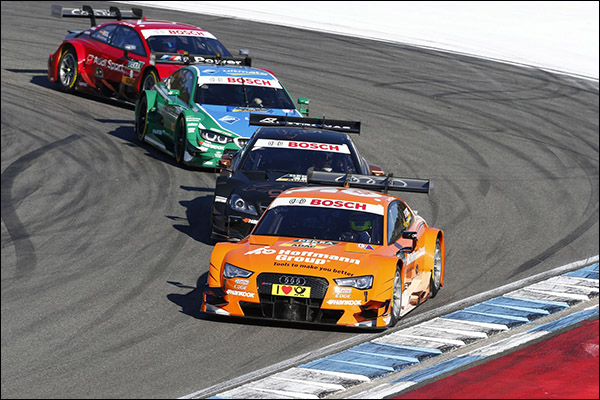 Jamie made a good start to his 2015 season, taking pole position and winning the opening race at Hockenheim. He lies third in the championship standings after a 13th-place finish in race two.