And rather like the cars themselves, this article is, I admit, overdue. And I hope it won’t disappoint, just as I hope that the GTR-LM Nismo will not disappoint when it appears on the grid for the 83rd running of the Vingt-Quatre Heures in just a couple of weeks’ time. 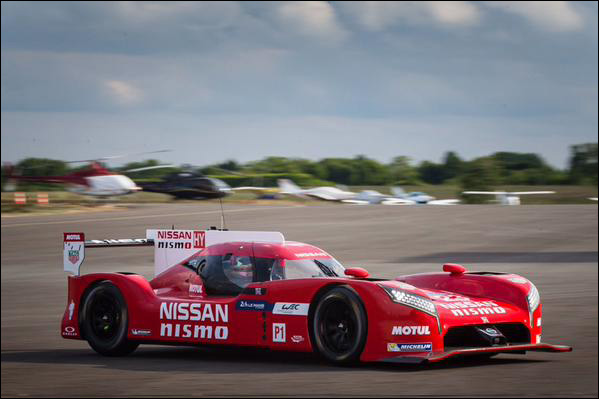 The trouble is, of course, that there are far more questions than answers. In the other articles in this series, we have been able to look at lap times set in the WEC races at Spa and at Silverstone, compare them with the equivalent events in 2014, and deduce where Nissan’s rivals from Porsche, Audi and Toyota might realistically be aiming in this year’s Le Mans 24 hours. There has been evidence of harsher tyre wear at Porsche, of phenomenal speed through fast corners from Audi, and of a Toyota that was, surprisingly, further off the pace at Spa than at Silverstone.

Hard evidence about the performance of Ben Bowlby’s design is somewhat thin on the ground, though. Without any question, the design is ground-breaking. Wise men have been seen shaking their heads at the concept, despite strong arguments from Bowlby and others of its potential. The car has had a difficult gestation period, with various supply issues preventing the use of the full hybrid system that would boost power comfortably into four-figure bhp numbers. 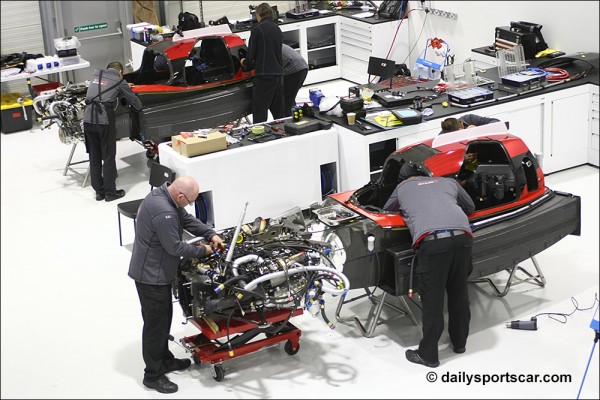 Unlike Porsche, who spent most of 2013 developing and testing their LMP1 challenger in private, clocking up tens of thousands of kilometres long before the car was ever seen in public, the Nissan has been very much in the public eye since the unveiling of its front-engine, front-wheel-drive concept.

There have been disappointments aplenty along the way: the decision to miss the first two rounds of the WEC, the lack of a full 8MJ Kinetic Energy Recovery System, the fact that most of the drivers will qualify at the Le Mans test day in an LMP3 car; it would have been far better for the self-esteem of the project if these could have been avoided.

But the big unanswered question, the elephant in the room if you will, remains: how quick will it be? The fact is that no-one knows. Nissan’s own simulations suggest that it will be on the pace of last year’s LMP1 factory cars, which would mean Le Mans lap times of around 3m 26s for a 13 lap stint. But one thing that became clear during the well-publicised private test at Bowling Green, Kentucky last month, where at least there was a competitive LMP2 car on track at the same time, was that Nissan did not see themselves at the same pace as the other factory LMP1 cars. At least not yet, with the flywheel-based energy recovery system providing only 2MJ of additional energy per lap.

Then there is the question of fuel economy. Running in the lower energy subcategory allows the Nissan to use more fuel than its competitors, which will help it to get the maximum possible from the V6 twin-turbo 3.0 litre engine: boost pressure is restricted to four times atmospheric, which is about the limit that any turbocharger can produce anyway. The downside to this though is that the Nissan will need fuel every thirteen laps, whereas both Toyota and Porsche will almost certainly be able to manage fourteen.

And the tyres? Nissan chose to use wider front tyres to go with the front wheel drive, and it should be noted, front wheel steering (I wonder if Bowlby considered rear-wheel steer? I’m sure he did: after all, it is only four-wheel steer that is outlawed)  rather than the conventional wisdom of four identically sized wheels. I’ve been assured by team insiders that the front tyre wear is not an issue and that triple stints will be possible at Le Mans. 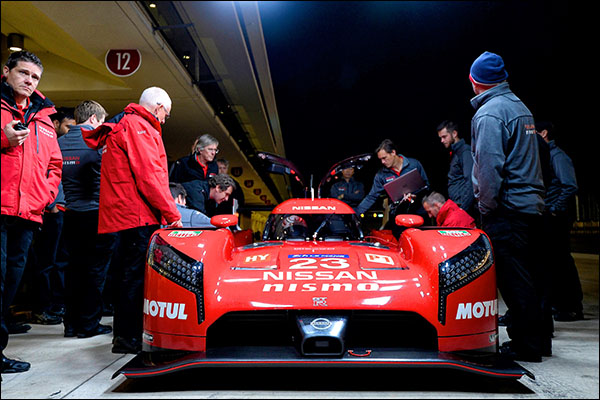 But then again, with all that downforce at the front, one would hope that the tyres are pretty well stuck to the road. It’s the rears that might be an issue; a smaller contact patch and the likelihood of a fairly loose rear end might mean that the rears wear out more quickly than the front tyres.

In the overall scheme of things though, Nissan knows that fuel economy and tyre wear are going to be secondary priorities at Le Mans this year. The chief focus must be on reliability. Here again, hard evidence is in short supply. The objective is clear: to get all three cars to the finish. Do that without any major delays and a top six finish is entirely within Nissan’s grasp.

But to be fair, based on the facts that are in the public domain, that’s the best that they can hope for.