14 cars from five legendary marques make up the LM GTE Am grid this year in a contest that’ll be just as hard fought as the other three classe. The rules here require at least two non-pro drivers in cars which can be to current GTE specification.

Larbre has no fewer than five Le Mans class wins to its credit and, with a current-spec Chevrolet Corvette C7.R to play with, there’s every prospect that it’ll be in the mix for a sixth! 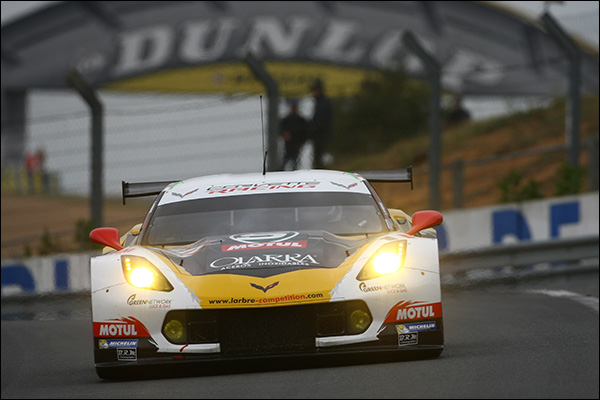 All three drivers here know how to win in GTE machinery.

Poulsen was a key part of the WEC class title-winning Aston Martin ‘Dane Train’ effort last year and is as quick a gentleman driver as any in this class.

Roda is the elder statesman of the trio. He maybe does not have the ultimate pace of a year or two ago, but has massive experience.

Ruberti continues his multi-year partnership with his Italian friend and will provide real steel to this effort. He’s as quick as anyone in the field over a single lap and more than capable, if conditions allow, of putting the ‘Vette amongst the pros!

The shock cessation of the SRT/Dodge Viper factory GTE programme left a well developed and competitive car in a corner of the Riley workshop.

Bill Riley saw an opportunity there and with the not-inconsiderable assistance of his TI Automotive backers plus Viper dealer and uber-enthusiast Ben Keating, this entry was prepared, gaining reserve status on the original list. 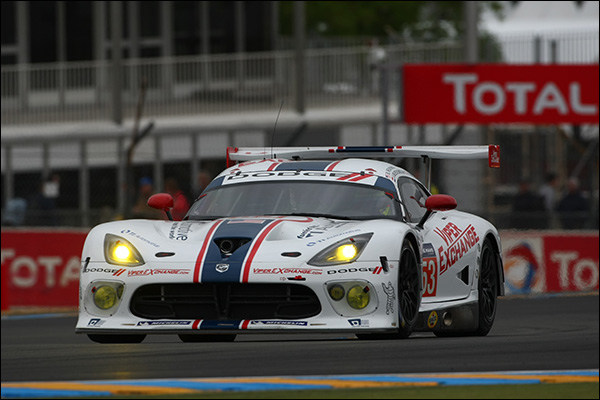 The woes that caused the withdrawal of the #39 SARD Morand car allowed the Viper into the entry list proper and with a well prepped car, a Viper-savvy gentleman in Ben Keating, and experienced driver coach and racer Marc Miller, there are plenty of reasons to take this effort seriously.

Add in the hugely experienced and talented Jeroen Bleekemolen though and the effort is lifted several levels. 2015 will mark Bleekemolen’s 10th start at Le Mans, with a class win to his name already in LMP2. One to watch as this race settles down.

Amato Ferrari and friends turn up with their usual several truckloads of Ferraris, handling three entries under their own name and providing technical and logistical support too for the SMP Racing GTE Am effort.

This one has been a while coming. Duncan Cameron is living the dream with a beautifully managed motor racing journey that has taken in national and European-level racing – almost always with Matt Griffin alongside him. The pair should have won the ELMS last year, but were taken out by a backmarker in the last round. Cameron is no slouch behind the wheel, either. 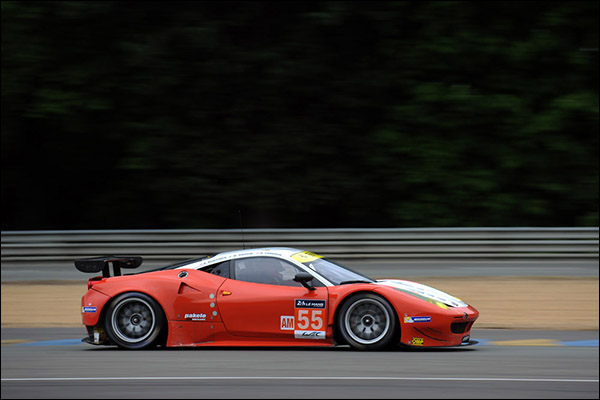 Alex Mortimer joins the crew after a relatively quiet time of late since closing the family-owned RPM Motorsport effort a while ago. He’s raced with Griffin and Cameron at the Spa 24 Hours (with none other than Toni Vilander making up a foursome). Alex is a quick and safe pair of hands, ideal for the task ahead.

And then there’s Matt Griffin. The Irishman is as much of a firebrand as he always was: ELMS champion with RAM in 2013 and that near-miss last year, too. Griffin is as quick as anyone in this class and would happily (and successfully) go toe-to-toe with most of the pro class, too.

Mann and Gainmaria raced at Le Mans together last year, posting a DNF in an AF Corse Ferrari. They’re joined this year by the vastly experienced (but not here) Matteo Cressoni. There’s no shortage of pace here, but this is likely an effort looking for a first Le Mans finish first and foremost. 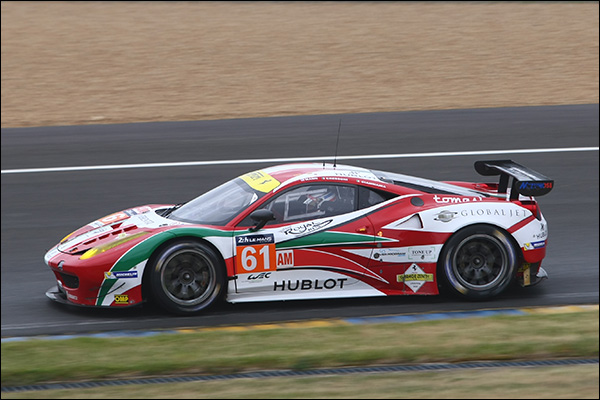 This race marks ‘Manu’ Collard’s 21st consecutive Le Mans 24 Hours, a fantastic achievement from a man who still has fire in the belly.

Francois Perrodo is the gentleman driver who’s being helped along by Collard as he develops his skillset.

Rui Aguas starts his fourth Le Mans looking for a good result. He’s yet another of the roster of highly skilled, rapid and consistent drivers that Amato Ferrari has in his phonebook.

If Perrodo has a good day, this car has the potential for a good finish.

Scuderia Corsa’s entry brings a now-sadly-rare privateer GT car from the USA to the event. The effort is supported at Le Mans by Kessel Racing, with regular pairing Sweedler and Bell joined by the highly experienced Jeff Segal, all three are newcomers to the event.

All three are capable of exactly the kind of run that can bring them home relatively trouble-free. With pace from Bell on tap and Segal capable of keeping with the chasing pack, too, this could be a dark horse for success.

Jim McWhirter’s JMW Motorsport arrives as the only GT team running Dunlop rubber, and not for the first time at Le Mans.

The team is very much still an ELMS GTE frontrunner, but none of its 2015 ELMS driver squad features here. 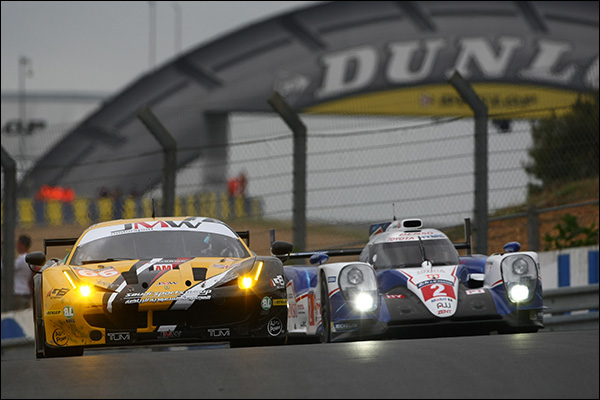 Instead, Abdulaziz Al Faisal is back for the third consecutive Le Mans with the team (and his fourth overall). The Saudi prince is always a pleasure to deal with and will no doubt have much Le Mans wisdom to offer to his 2015 team-mates, TUSC GB Autosport pairing Kuba Giermaziak and Michael Avenatti.

Pole Giermaziak is the first from his nation to race at Le Mans in the post-war era. He’ll add some spice to the mix too as a recognised top GT turn.

Avenatti, a one-time partner to Patrick Dempsey’s racing efforts and owner of the Tullys Coffee business, is a solid gentleman driver.

There may be flashes of attack here, but expect a conservative strategy unless the weather throws the Dunlops an advantage!

With the team running GT3-spec machinery in Asia, though, suitable cars were required and a link was forged with Belgian ex-FIA WEC team Prospeed Competition. Rudi Penders’ hugely experienced team will be handling the tech and logistics for this effort.

The #67 car is the older Porsche 997-based 911 RSR. It may not have the outright speed of the newer Porsche, but it should have the reliability of a well-developed and race-proven model. 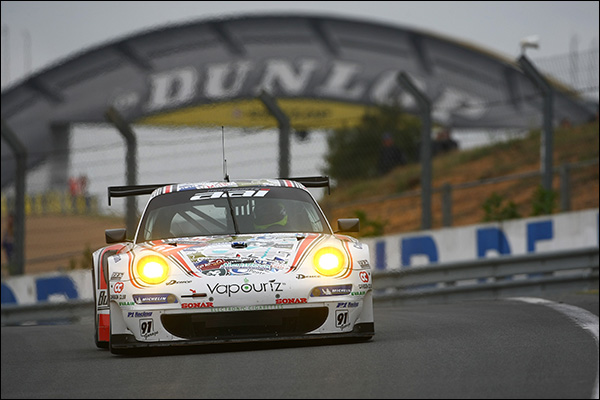 Jun-San Chen (known as ‘San’) is the bronze-rated gentleman driver. A regular in Asia for the team, he has had very limited time in GTE machinery and spent the Test Day getting to grips with a Porsche without ABS.

The other rookie in the squad is an altogether more experienced racer. Alex Kapadia is silver-ranked but has years of success in Radicals, some impressive LMP2 runs and class-winning form at the Dubai 24 Hours. He’s racing for the experience here as he looks to the future and the dream of an LMP2 drive at the Great Race.

Xavier Maassen is set to start his fourth Le Mans with hopes of a fighting finish. His best result was a second in class in a GT1 Corvette for Luc Alphand Adventures back in 2009. It would take a shock for that to be equalled or bettered! 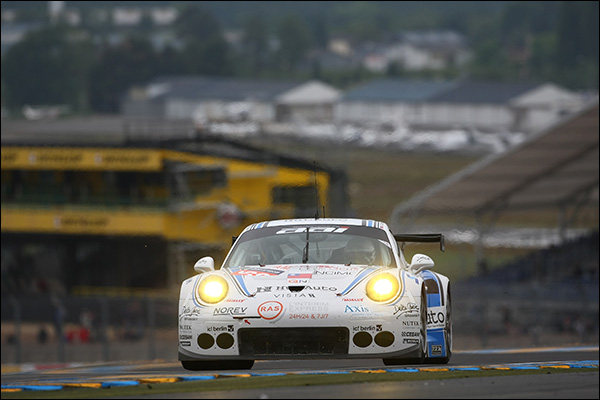 That means the basic package should be faster for the all-LM24-rookie team mustered to race it.

Mike Parisy has proven to be rapid in a rangE of GT3 machinery including Audi, McLaren and Bentley. For all three men, this is an interesting challenge. Consistency and control are likely the watchwords here.

The Russian-flagged team has had a change around for 2015. The LMP2 effort moves in-house while the ELMS championship-winning GTE effort for the full FIA WEC shifts over to sit under the wing of AF Corse. 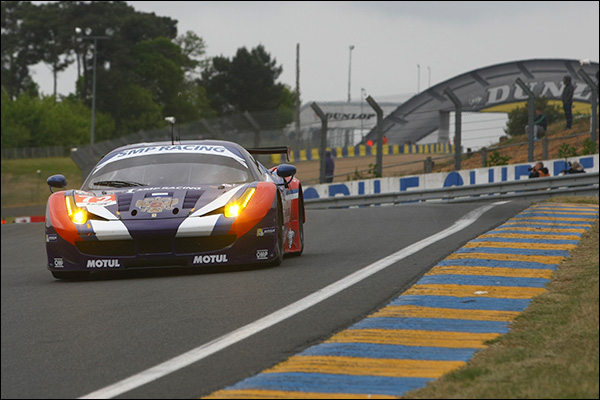 Top race engineer Steve ‘Doc’ Bunkhall stays with the #72 car though and there’s little change either in what was a very effective driver combo.

Andrea Bertolini is now firmly a part of the Ferrari pack after years with Maserati. He’s still super-quick and remains one of the most approachable men in the paddock.

His Russian team-mates have plenty of racing experience, though the 2015 addition to the squad Aleksey Basov is tackling GTE machinery for the first time this year.

Victor Shaitar meanwhile seems more comfortable in the GTE car than during his brief sojourn into SMP’s LMP2 programme. There’s little to suggest that this effort can’t be in the mix.

The Dempsey Proton effort will be more popular than almost any other car on this entry thanks to the continued star quality of Patrick Dempsey. 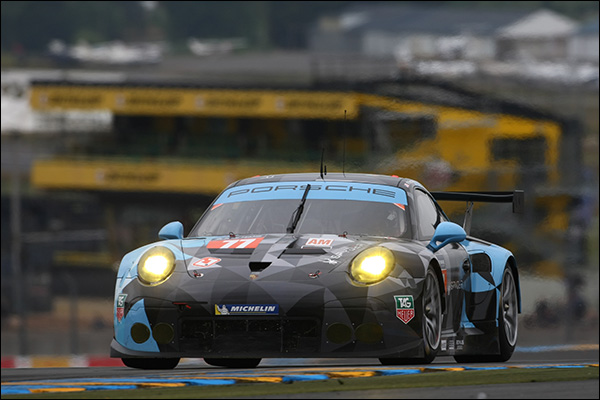 The celebrity status of the now ex-Greys Anatomy star shouldn’t detract one iota from his drive and passion for the sport, and for this race in particular. This is the circuit on the WEC calendar that Dempsey knows best, he led here a couple of years ago on pace into the night before the car was taken out by an errant LMP2, so expect him to come out (metaphorically!) punching.

Pat Long is now one of the most experienced of the Porsche factory GT drivers. 2015 will be his 12th Le Mans start and he finds himself in a team he’s clearly comfortable with.

There are a pair of wins and a second place here on Pat’s CV, but his drive back to push for a podium two years ago was as good a performance as any of those. A late rainstorm and caution period left him and the Dempsey team in the worst position of all here, fourth!

Marco Seefried is the experienced silver driver. He knows Porsches very well indeed and should add further punch to the effort. This could be a real contender!

The #88 car could be a dark horse for the podium and while the team will be looking to scale those heights, it’ll be looking for WEC points, too. 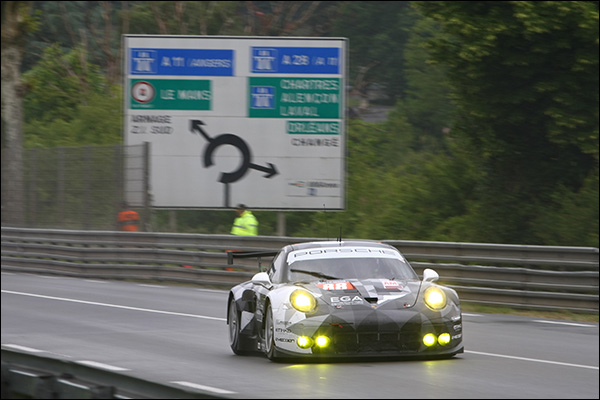 Team owner Christian Ried makes very, very few mistakes and in his day gets good speed out of the 911 RSR, too. 2015 will be his fifth time at Le Mans.

Khaled Al Qubaisi continues to find form in his second season with the team. This will be his third start at Le Mans.

Klaus Bachler seems to get better and better at this level. The young Austrian’s task is to add punch and he does it with ever-greater consistency.

Roald Goethe is the man behind this effort. The HUGE motorsport fan takes delight in campaigning the cars that’ll eventually sit in his utterly magnificent ROFGO Collection of Gulf-liveried machines. 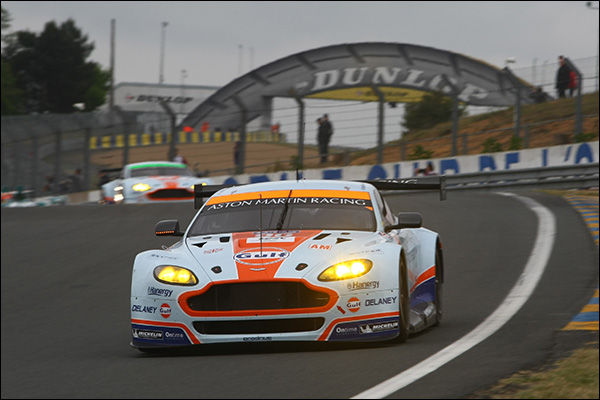 Roald may not be the fastest gentleman driver on this grid, but he has been working hard to find both speed and consistency.

He’s again supported in that regard by now long-time driving partner Stuart Hall, who starts his sixth Le Mans still looking for a podium finish, his best result thus far an overall fourth with Rollcentre Racing on his race debut. Stuey is quick and determined and Le Mans is very much unfinished business for him.

The final link in the chain is Francesco Castellacci, the 2011 FIA GT3 drivers champion, who’s also sharing a Ferrari with Hall in the 2015 ELMS.

As always in GTE Am, it seems unfair to point at the gentleman driver as the weak link – of course they are – but Goethe needs to work hard to be error-free if his faster team-mates are to have any hope of success.

The WEC championship-leading effort arrives here as a hot favourite after a pair of class wins in the first two rounds of the series and a 2014 effort that saw the car never finish off the podium. 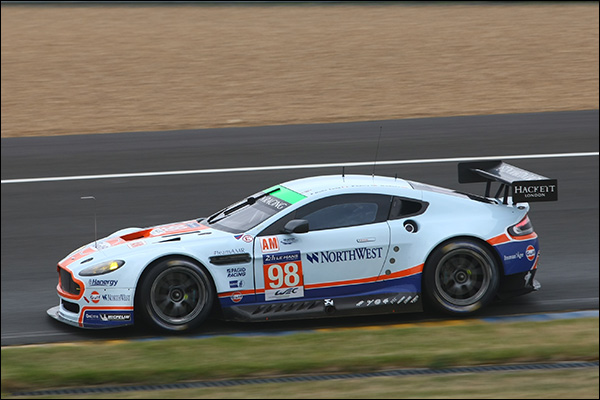 The combination features the seemingly evergreen Pedro Lamy, who’ll start his 16th Le Mans this year with a CV that includes six class podiums (including a GTE Am class win with Larbre) scored in five different classes, including a pair of second places overall with Peugeot. Pedro seems to have found his mojo once again and would not be out of place in the pro class by any means.

His partnership with Canadian Paul Dalla Lana is producing impressive results: the experienced gentleman driver just gets quicker and the team, together with new 2015 signing Mathias (son of Niki) Lauda, has been unbeatable in the WEC this season so far. Lauda’s confidence and speed are improving every time he gets behind the wheel.