DSC contributor Nick Holland called earlier this week to ask whether I was interested in a piece he was putting together. He was worried we might find it too much of a personal family reminiscence. 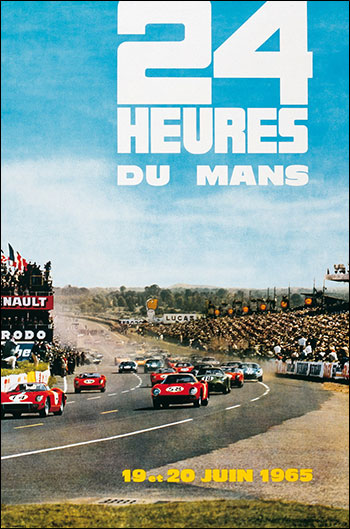 I’m pretty sure that all who read this will disagree.

There’s one bit of editorial guidance here, If you are reading this please read it all the way to the end. The reason why is self explanatory!

Thanks Nick, and thanks Lorna too. The passion never dims

50 years ago, in 1965, Ferrari achieved its last overall victory at the 24 Heures du Mans in a battle with the Ford Motor Company.

In 1963 Henry Ford II had made advances to the financially troubled Ferrari, but Enzo Ferrari insisted on retaining control of the racing programme and notably an assault on the Indy 500. This was beyond the pale for Ford, and with no movement Il Commendatore terminated takeover discussions. Given the costs incurred Ford did not take this well and commissioned an on-track war on Ferrari’s turf, Le Mans.

Now, I’m not yet 50, but 1965 was a notable year for our family too. Read on to realise the seat of our passion for everything Vingt-Quatre Heures!

Our story starts with two people, Les, Lorna and a faithful MG Midget heading to France, here portrayed in pictures from my late-Father’s slide collection. I hope you enjoy it. 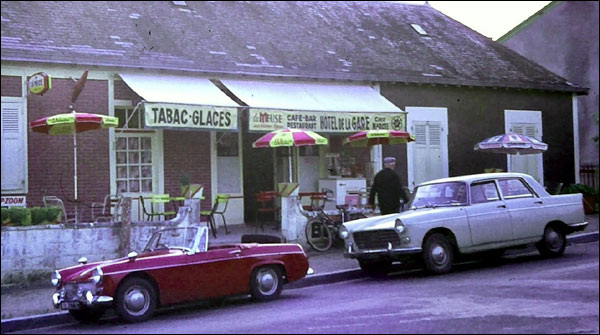 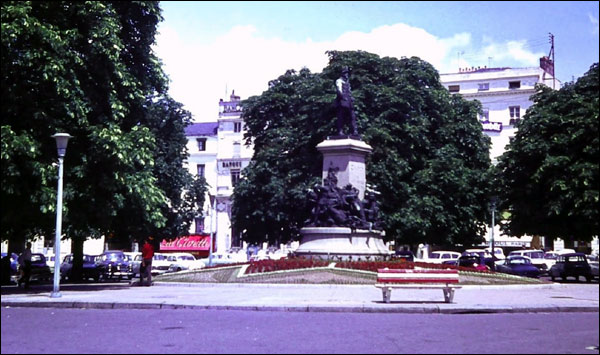 The journey down through France is always improved by two things, one the ability to ‘pop the top’, and also the marvellous French cafe culture. Drop-off the AutoRoute and make a stop to enjoy the pace of life, but don’t get carried away, there will be a race soon.

Essential on arrival at Le Mans to make sure all are aware.

This can be achieved by a trip to Place de la Republique and in the day use of the horn. 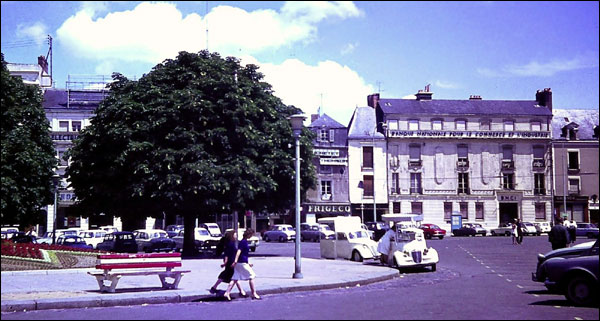 Many of the buildings are recognisable, but the trees and central features have been replaced in recent years by the Tramway. 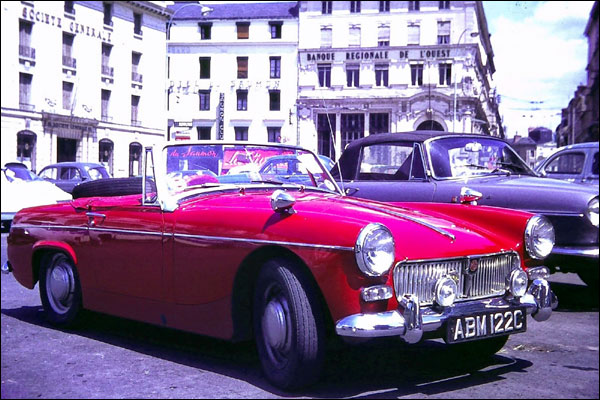 The intrepid MG Midget has made it, and either had a clean, dry run, or a wash on arrival. 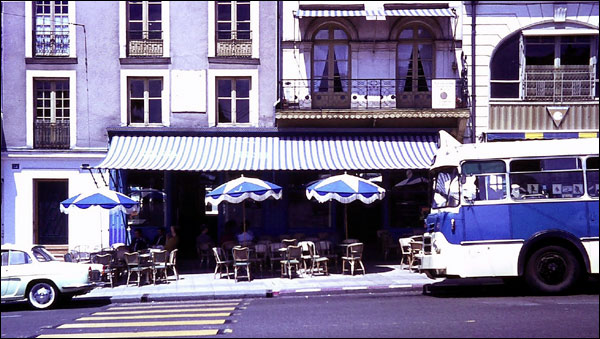 And so down to business. Quick refreshment at the Scarron, and then next door to the ACO Offices to find some camping and acquire tickets. 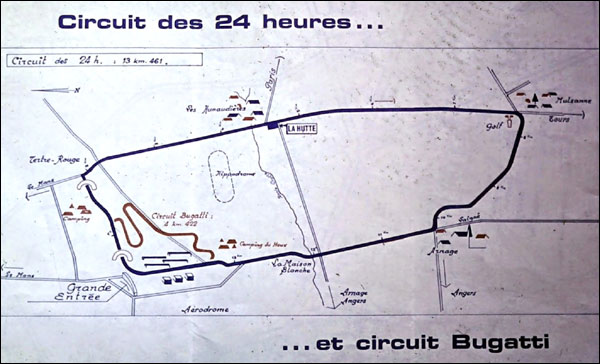 The uncomplicated layout of the circuit in period, but still recognisable today. How fast would this be today? 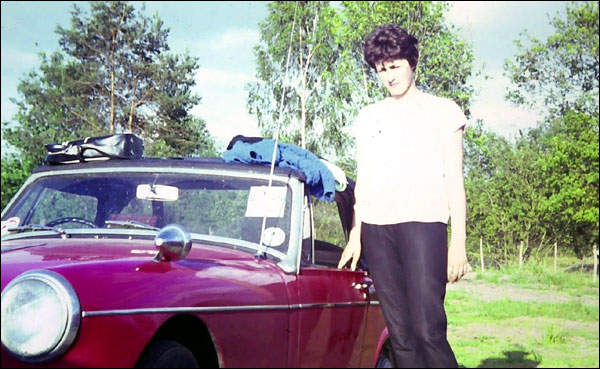 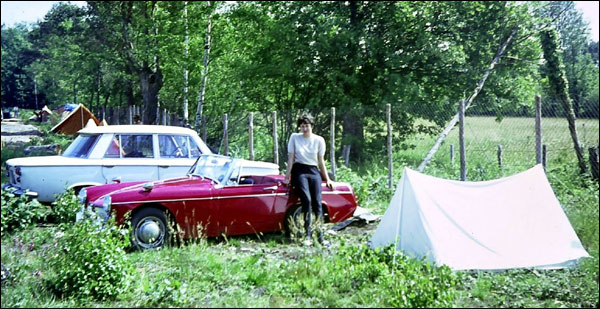 Well that didn’t take long! Lorna clearly hopeful of continued fine weather, the tent doesn’t look up to much more than that.

And so to the Race.

Amon quick to the car. 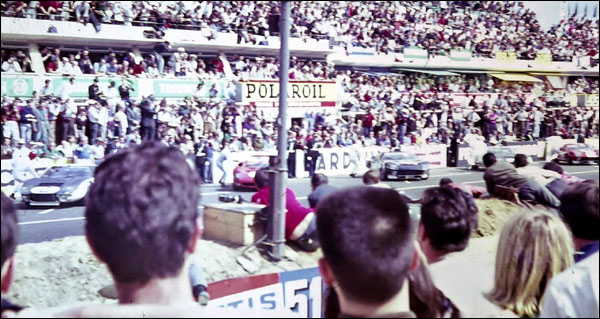 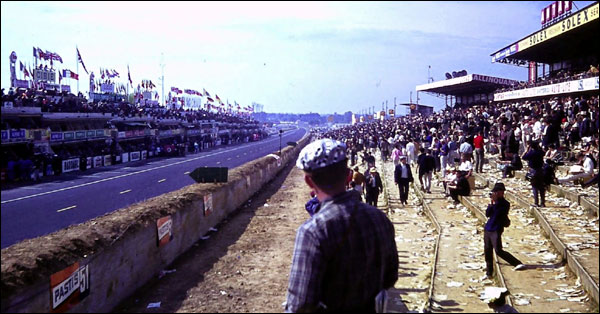 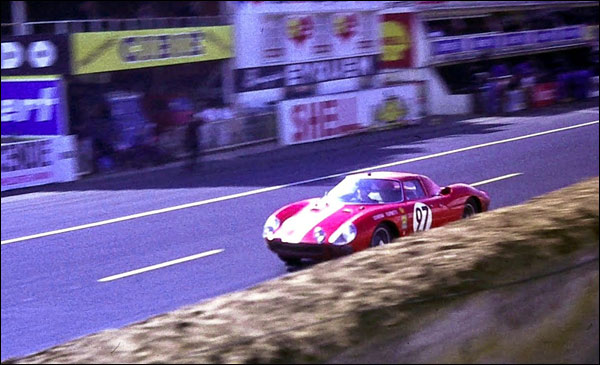 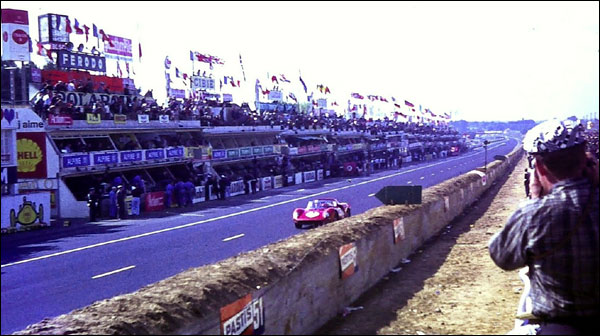 Safety measures, just 10 years after the tragedy of 1955, and given the cars are passing faster than today, a lot of faith is placed in that wall. The concrete wall along the pit garages was a new innovation for 1965. 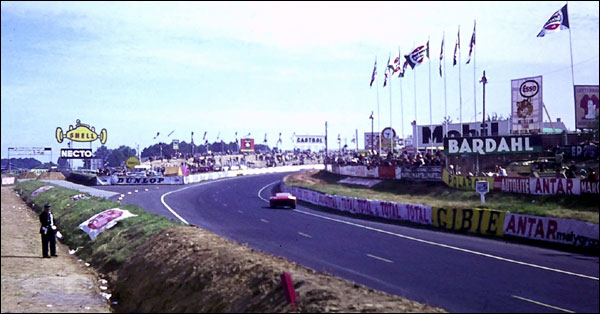 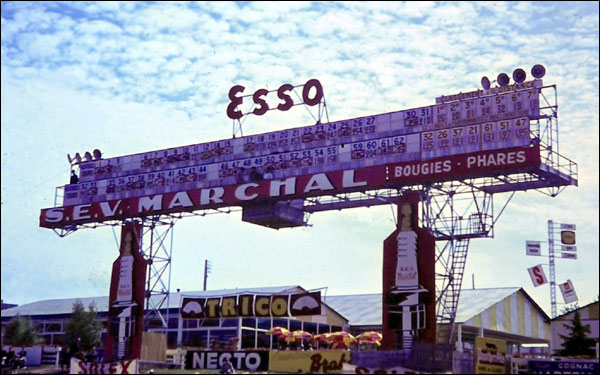 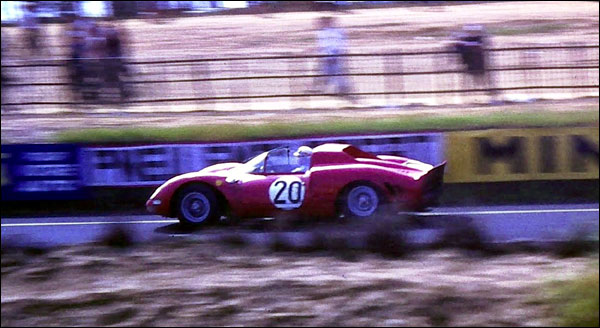 On the approach to the hill, no lift.

A familiar sight, and brave pass in progress on a team-mate. Noting the natty paper hat! 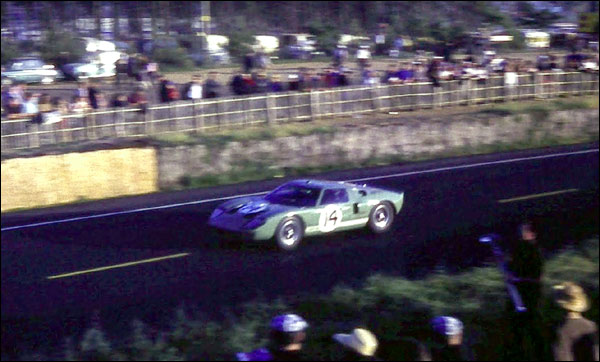 #14 Ford GT40 of Whitmore / Ireland as the sun sets behind Dunlop.

Both the view and lack of run-off at these speeds are equally staggering! 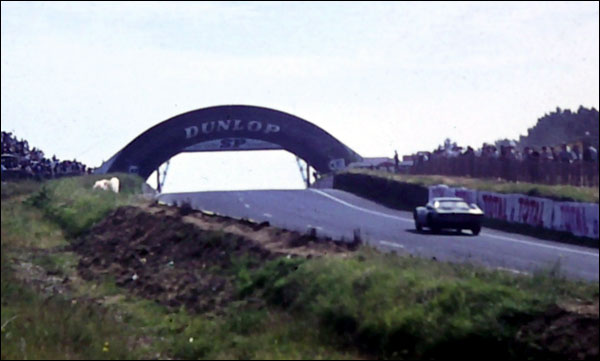 The simple straight-forward approach to the Dunlop Bridge

The Ford Prototype challenge sadly crumbled to nought with the pole-sitter retiring in the 7th hour with a failed clutch. 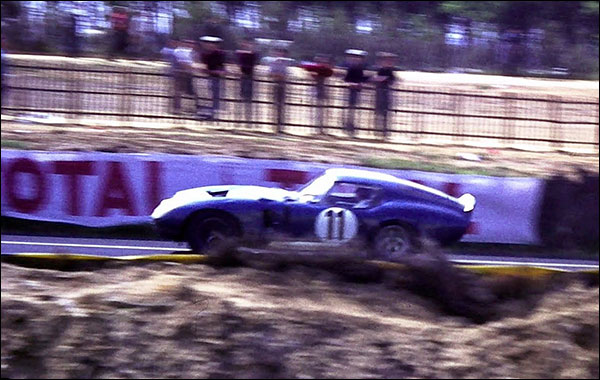 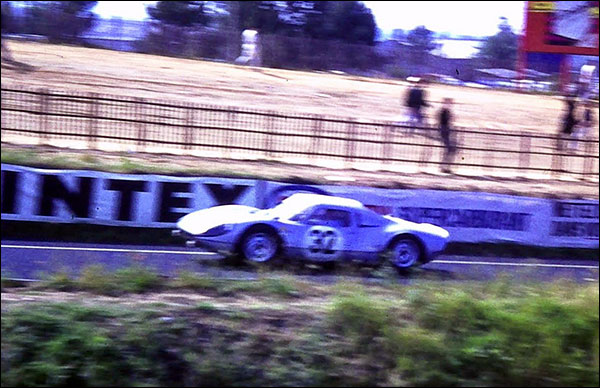 Five of the top Seven were Ferrari, the other two places went to Porsche.

As mentioned above it was the end of the Ferrari era, and start of the Ford years.

All images are the work of my late-father, Leslie James Holland. 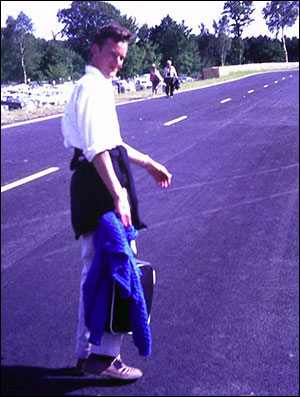 He attended his last Le Mans on Sunday 13th June 2004, bothered the Gendarmerie for a final speeding ticket on the way home and was claimed by cancer on the 25th.

Here on his way on the New Bugatti Circuit to Houx Camping after an enjoyable race.

Celebrating the journey 50 years ago with Lorna Frances Watson!

If you’ve enjoyed this somewhat sentimental self-indulgent journey back in time, then please show your appreciation with a donation to CLIC Sargent: CLIC the Link

Enjoy the 83rd Edition of the Greatest Race on Earth!