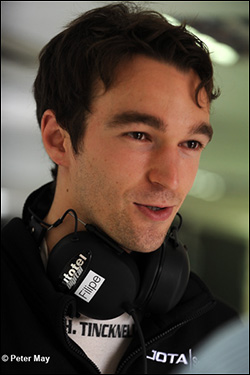 “Test Day went OK, it was good to be back out at Le Mans.

“Like everyone else, but probably most of all for us, it would have been better to have had a dry day.

“I got very little dry running but did get a lot of running on the intermediate Michelin ‘slick’ and that was really impressive.”

How is the tyre development going?

“Our slicks are pretty conservative at this stage of the programme but the inters are definitely a lot softer, even in conditions where we had spray – I saw the boys putting them on and thought ‘I’m not sure if the conditions are ready for slicks – but actually they were really very impressive and that was good not only for us to get experience in the changing conditions but for Michelin too.

“As things turned out with the weather that was pretty much the main thing I ended up doing, getting stints on the tyres.

“The Test Day may have 8 hours of running but it comes and goes pretty quickly.

And you had a little further running last week?

“We were back on the Bugatti circuit on the Tuesday and that was pretty much just me in the car. 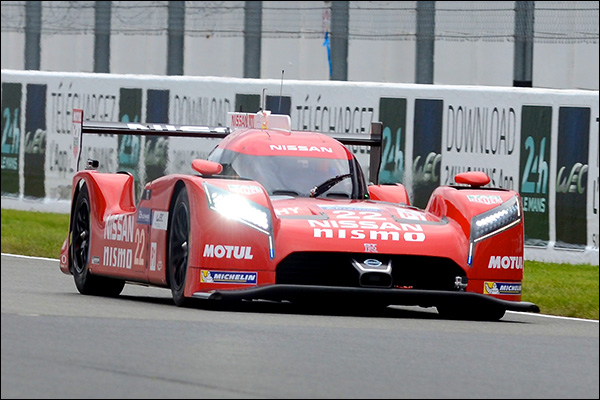 “The problem with the Bugatti circuit though is that for the LMP1s, particularly in Le Mans trim, they are very hard on the brakes around there and you can only do a couple of ‘push’ laps.

“With that said though we definitely made some improvements to the car from the start of the day to the end, in particular the ride, over the kerbs and the bumps was something we were struggling with a bit before and on the Test Day. That’s now a lot better.

“It is very early days and I’m confident that whilst we won’t be in the overall fight on pace we can be ahead of the P2s. If we can get at least one car to the finish in a race this tough and with a car this new that would be quite an achievement.”

“Very good. The drivers have bonded really well. We’re from massively different backgrounds and to be honest I didn’t know many of them before we got together. I was team-mates with Jann and raced against Ollie last year and raced in karts a while ago against Max. The rest I really didn’t know at all but it’s been really good. We stayed over for three days after the Test for a training camp and pit stop practice and everyone has bonded together really well. 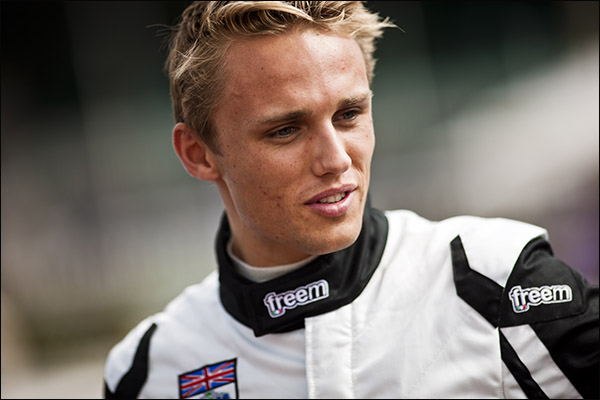 “We are all very aware of the huge buzz that’s around about the whole effort and everyone is pulling together to do the best we possibly can both in and out of the car. The team, and the mechanics in particular, are working absolutely flat out and we owe it to them to be as positive and helpful as we can.

“Equally they are letting us know very clearly that we need to do all we can to ensure that we don’t smash over the kerbs and do what we can to preserve the car. I know they were all hugely pleased that all three cars came through Test Day with no damage.

So where is the next step coming from?

“Having ERS working will be a big step and in particular when we get the second system driving the rear wheels because traction is a bit of an issue at the moment and that means we don’t have the same acceleration that we would have. That alone is seconds per lap, plus the harvesting would give us a huge boost in braking and that too is a big saving.

“When you design a car around an 8mJ system and have to run 2MJ instead that has a knock on effect in particular on the braking front. That’s why we have been testing different braking materials and we are now running different brakes. 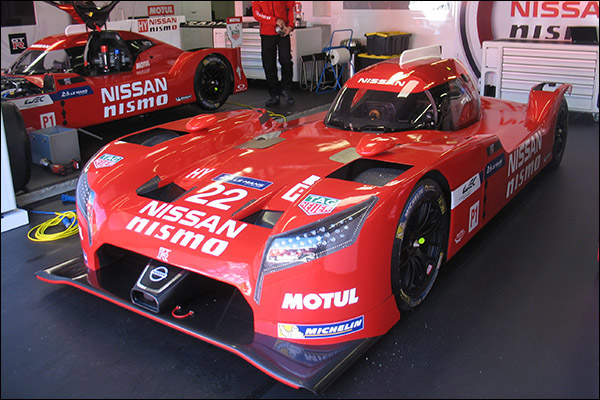 “There’s going to be huge time in that when we can brake later and accelerate harder to a faster top speed.

“Beyond that it is a data gathering exercise to find where improvements can be made, learning more and more about the chassis and trying different stuff: damping, ride heights etc.

“Even with reasonably basic stuff, we are still learning a huge amount every single time we go out.

“There’s a lot of time in the tyres too. The more data we can give to Michelin the more will come.

There was some good news from the Test Day on top speed though?

“Bearing in mind the challenges we have it is very impressive. Just before the braking zone the numbers are still going up at quite a rate even in the trim we are currently running. We are nowhere near maxing that out whilst most of the others are at or near their terminal velocity.

“Put all that we know now together with the potential for the full package to be delivered and I would say that it is looking very exciting for next year to get onto terms with the front runners.

Can you be sure that the development of the car will produce results?

“There is HUGE potential in the car and the testing in America proved that.

“Of course it’s one thing to say that and quite another to have everything in place that we want so there are masses of work to be done. “ 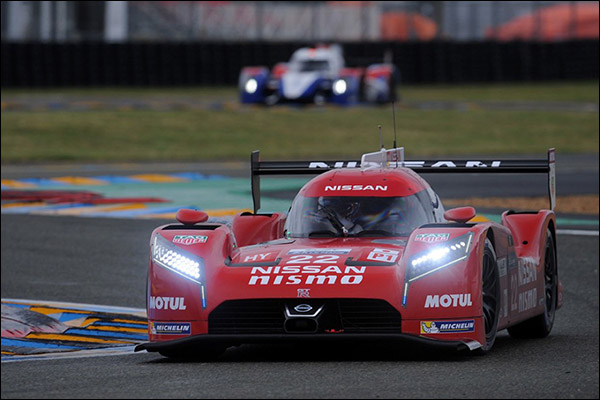 Le Mans last year for you was very special, you come back this year with a factory LMP1 but with very different expectations. How are you approaching the event this year?

“I’m going to do the job as well as I possibly can , but enjoy the experience this time. Last year there was a fair amount of ‘Rabbit in the headlamps’ and I want to make sure that racing under that pressure and in front of that many people doesn’t get in the way of soaking up the fantastic atmosphere. 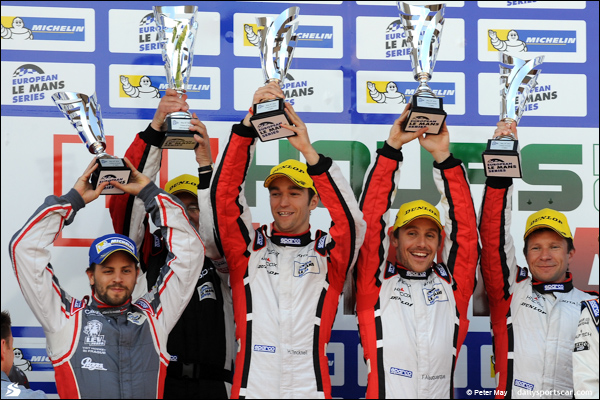 “It is amazing, but it can be quite daunting for the first time. People see you as some sort of superstar, they know your name, they want autographs, lots and lots of autographs and that’s brilliant, but if you aren’t used to it it can take some adapting to.

“Remember too the progression of events coming into the race. We lost Marc Gene after Loic’s big accident so I went from Le Mans rookie to effectively team leader, qualifying and starting the race – a fabulous opportunity but huge pressure being trusted with all of those high risk areas of the effort.

“I remember driving home on the Monday and thinking back “My god that was a crazy week!” I wouldn’t have believed the level of enthusiasm and passion about sportscar racing without having experienced it myself.

“And that was before we stood on the top step of the podium in front of that massive crowd, Amazing!

“Coming back this year in one way the dream is now, a manufacturer P1 drive comes with it’s rewards and pressures too but in some respects the pressure is almost off because our approach is going to be necessarily conservative while the other go off and do their thing.

“We need not to be distracted by that but to look after the car and not feel pressure to push to the absolute max at this point in the programme.

“Let’s not forget, last year, in winning LMP2 Jota were fifth overall and we had a couple of problems on the way to that. I’m convinced we will be at least five seconds faster than the LMP2s – The team are hoping for more. If we CAN run clean with no problems there’s no reason why we shouldn’t be there or thereabouts.

“Reliability is the key for us this year. We don’t need to be the fastest in the pits but we need to nail the driver changes and we need to make sure that everything is OK before we go back out. and that our preparation is perfect. We could lose far more chasing that last tenth than we could possibly gin at this point in the programme.

“This car is not going to dnf on my watch I can tell you that! Getting the car home will help the team immeasurably in the fight to get the car where it can be for later this year, and certainly into 2016.”