A platform for new and principally green or sustainable technology, the concept had been shelved for this year – and arguably might have been overshadowed by the diversity of Nissan’s LMP1 entry – but will be reintroduced for the 2016 event. 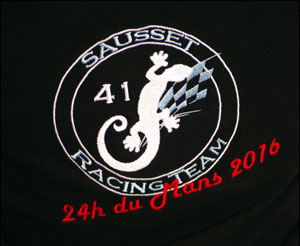 Sausset Racing Team 41 (SRT41) is involved in a project dedicated to developing technologies that counter the effects of human disability. A quadruple amputee following a rare bacterial infection, team principal Frederic Sausset has the backing of the International Olympic Committee, and his aim is to succeed with an entry to the 2016 Le Mans 24 Hours. The focus of the project is the adaptation of an LMP2 prototype chassis, which essentially must satisfy the ACO’s safety regulations. Experienced LMP pilot Christophe Tinseau, last seen driving to second in LMP2 for Thiriet by TDS Racing at the French classic in 2012, accompanied Sausset at the unveiling today.

Looking ahead to 2017, the focus for Garage 56 returns to alternative fuels. Welter Racing, now based at Thorigny-sur-Marne near Paris, will be back at Le Mans exploring the potential benefits of Biomethane. The WR Bio-Methane project is already on course, its engine development having moved off the drawing board and into reality. Identical in composition to natural gas, Biomethane is a biogas produced through the anaerobic recycling of waste from a variety of household, agricultural and industrial sources and is a particular focus in the agricultural world. 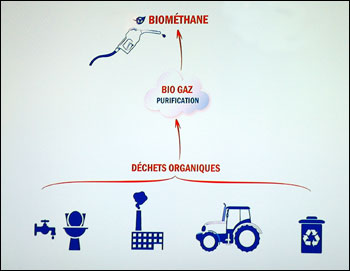 The WR concept will see the introduction of a 450 bhp 1600cc 3-cylinder engine to an as yet unspecified LM prototype chassis, carrying the working title BW Biogas Le Mans 2017, and integrated with a cryogenic tank filled with biomethane liquid.

As a footnote to this, the 1500 cubic metres of methane required to run the car for 24 hours corresponds to the human output of 160,000 people for one day. It translates that the 2017 Le Mans event could produce enough human waste biomethane to run two cars. Theories abound, but the unveiling of plans to extend the pit complex by four units may facilitate this while accommodating a small waste treatment works next door…