Ford Performance announced the company’s GTE programme at Le Mans today which will see Ford GTs run across the world and crucially at the Le Mans 24 Hours from 2016 onwards.

As predicted, Ford’s new car will be represented in the FIA WEC and Tudor United SportsCar Championship, headlined by a partnership with Chip Ganassi. The first race for the new car and the team will be at the 24 Hours of Daytona in 2016. 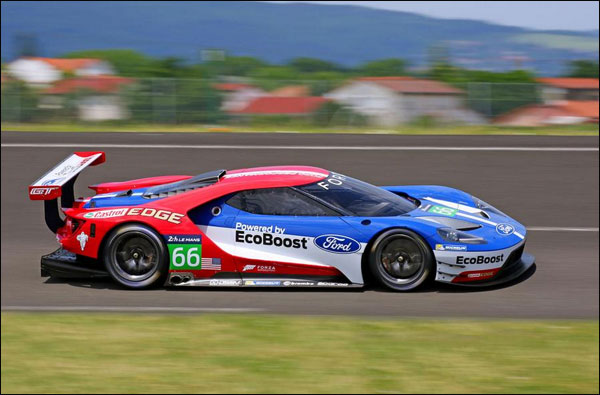 The cars will run in LM GTE Pro at Le Mans, with the programme split into two teams across the two series. The teams will be operated by Chip Ganassi Racing with Felix Sabates (CGRFS). Both series teams intend to compete with a four-car effort at Le Mans.

Powering the GTE car will be the 3.5-litre EcoBoost V6 engine, which made its debut in the TUDOR United SportsCar Championship in 2014. 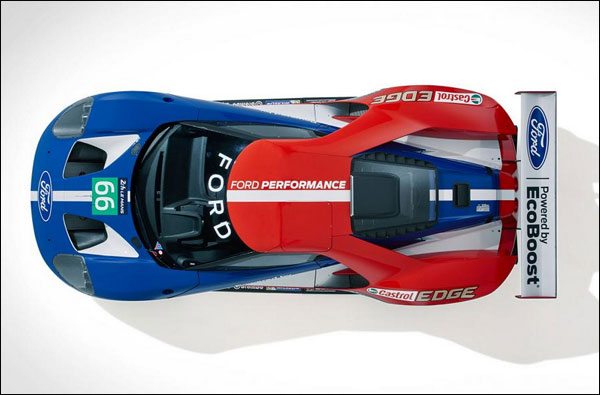 “We have no drivers to announce today,” said Ganassi, “but there’s a line forming. We (Chip Ganassi Racing) have never run at Le Mans, and we want to win this race!” 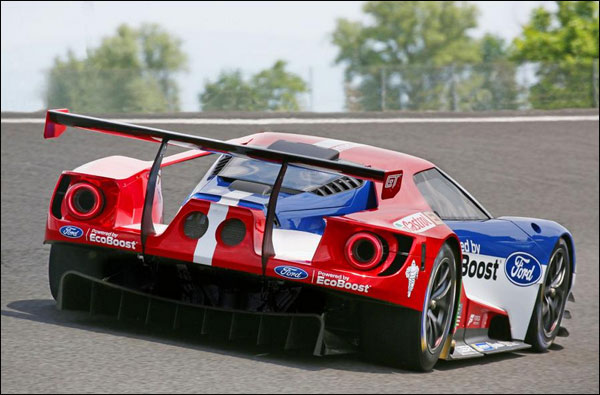 “When the GT40 competed at Le Mans in the 1960s, Henry Ford II sought to prove Ford could beat endurance racing’s most legendary manufacturers,” said Bill Ford, executive chairman, Ford Motor Company. “We are still extremely proud of having won this iconic race four times in a row, and the same spirit that drove the innovation behind the first Ford GT still drives us today.”

The car has tested twice already, on both sides of the Atlantic, the car on show at the launch was a runner but will not be seen on track at any point this weekend.

More analysis to follow on DSC in the coming hours.