The big story of this morning’s 45-minute warm-up was the accident that befell the #50 GTE Am Larbre Competition Corvette towards the end of the session. Gianluca Roda lost the C7 in the Porsche Curves, the car getting unsettled in a very similar manner to the #63 works entry’s terminal incident earlier this week before rear-ending the wall. Roda was out of the car and looked unharmed. 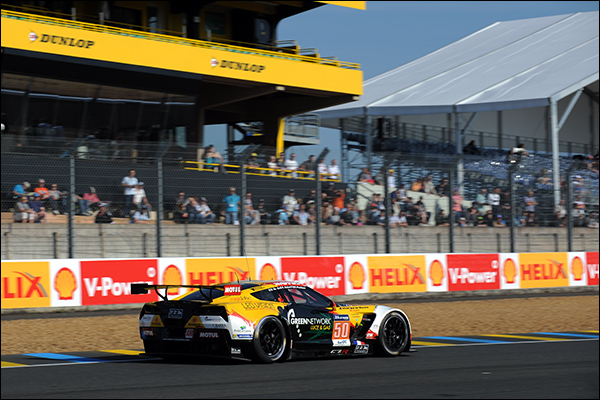 Earlier there were mixed fortunes. Firstly, the efforts of the Team AAI pit crew delivered the #67 Porsche back on track as they had predicted. Elsewhere the #45 Ibanez Racing LMP2 prototype pulled up at the second Mulsanne chicane, where it sat for over 15 minutes before crawling back to its pit. The #12 Rebellion car had stalled in the pitlane before a smoky restart but stopped on track later in the session, though Nick Heidfeld did make it back home.

The #23 Nissan was the only car to not set a time, Olivier Pla showing as the installed driver but the car did not leave its pit.

In overall times, the three Audis showed best. Filipe Albuquerque put in a 3:19.423 to record a time 2.6 seconds clear of anyone else, bettering the #9’s qualifying time. With a normal fuel load this could be a realistic race pace. The #8 and #7 cars were second and third, followed by Porsches #17 and #19, their team formation interrupted by Sebastien Buemi’s Toyota, the #2 car put in a 3:23.361 for sixth; again better than its qualifying pace. 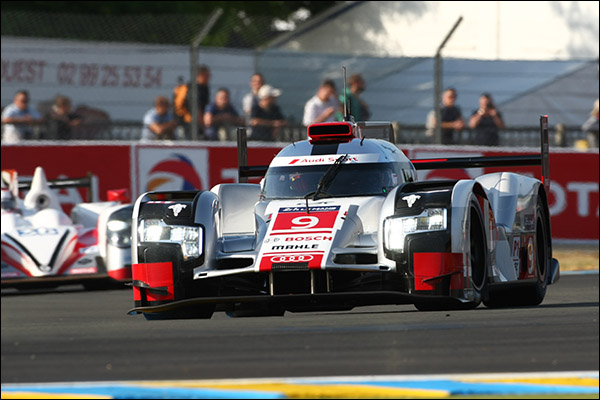