Following the morning’s Bronze Test, the remainder of Friday’s Blancpain Endurance Series running at Paul Ricard comprised the two 90-minute free practice sessions – the latter of the two known as Pre-Qualifying in this series. 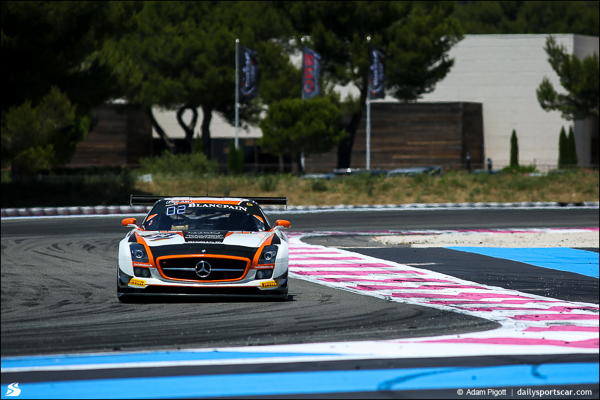 The post-lunchtime Free Practice saw the #34 Car Collection Motorsport Mercedes’ new recruit Renger van der Zande put the Pro-Am entry at the top of the timesheets for much of the duration, before his time was beaten in the closing stages by Maxime Soulet in the #8 M-Sport Bentley, Maro Engel in the #18 Black Falcon Mercedes (another Pro-Am car) and the eventual fastest man of the session, Mirko Bortolotti in the #63 Lamborghini. 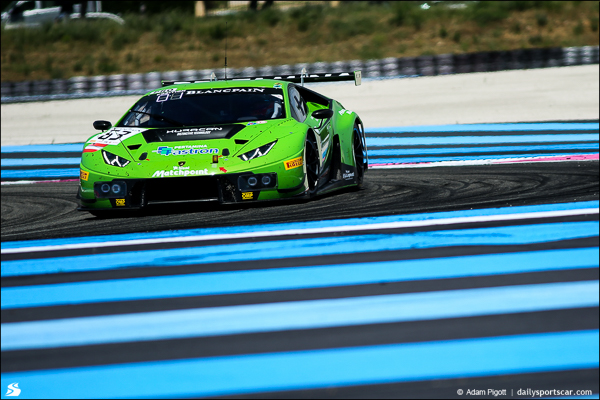 The MRS Nissan was the fifth-fastest runner in the session, ahead of the sister #19 Lamborghini, the #84 HTP Bentley and the pair of ROWE Racing Mercedes. 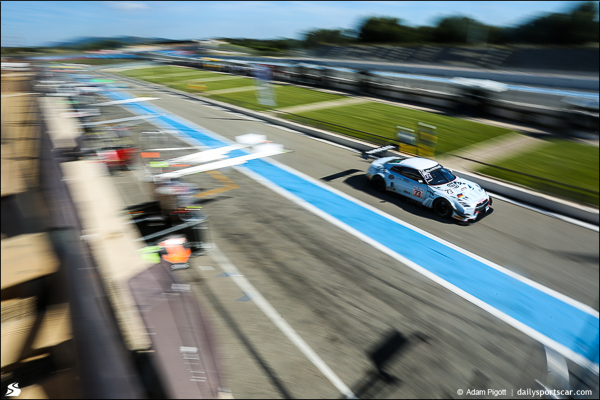 In the evening Pre-Qualifying session, the #63 Lamborghini emerged on top again, ahead of the #333 Rinaldi Ferrari, the HTP Bentley, the Team Brasil BMW, the #99 ROWE Mercedes and the MRS Nissan. 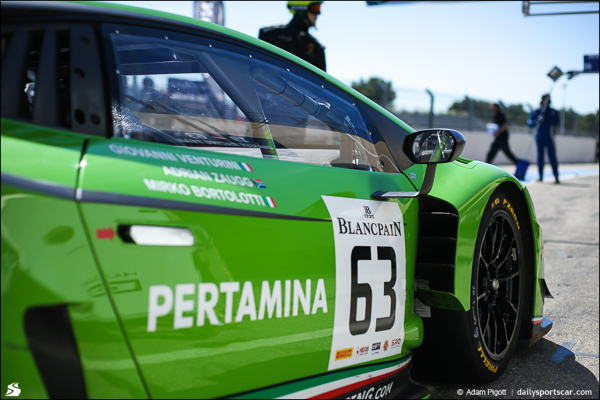 Red flags flew in towards the end of the session when the #50 Kaspersky-sponsored AF Corse Ferrari – a regular visitor to the gravel traps and tyre walls this season – hit the tyres at T8, suffering heavy rear-end damage. The #3 Audi also stopped on track during this session. 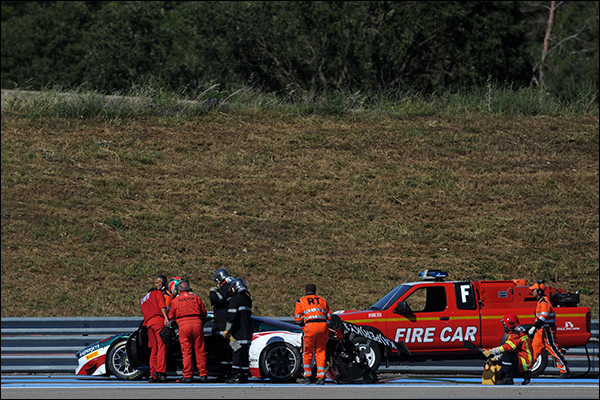 DSC caught up with a few more drivers during the session, including McLaren’s Kevin Estre, fresh from his Le Mans debut with Oak Racing last weekend. Although the car didn’t finish, Estre was awarded the Jean Rondeau trophy in recogntition of his status as one of France’s most promising young endurance drivers. “It was a lot fun,” he said. “I’m very busy this year but I’ll definitely be looking for opportunities to be in a prototype again soon.” 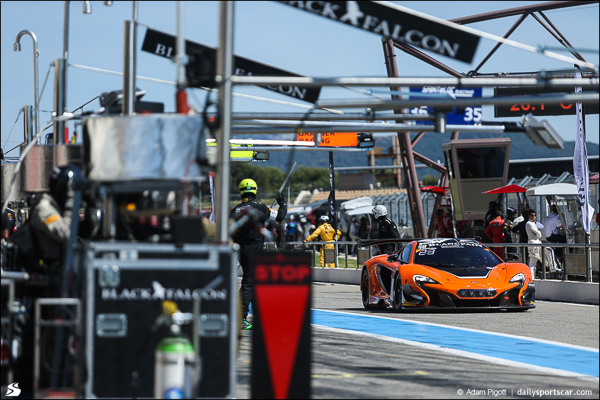 Another GT regular in a prototype at Le Mans was Audi’s Rene Rast. “I enjoyed it, yes. There’ll be some more testing in the LMP1 in the near future but I don’t know when the next race opportunity will be. For now the focus is Spa 24. I haven’t driven the new R8 on Pirellis yet, so I’m just getting used to them and working on a few set-up things.”

Frenchman Tristan Vautier (in the #20 ASP Ferrari here) has had a seriously up-and-down year so far. He was initially slated to form part of the two-car Sard-Morand WEC programme, before that effort had to be scaled back to one car. Then, having begun the Blancpain Endurance season with ASP at Monza, he pulled out of the Silverstone round when a last-minute opportunity to join the Indy 500 grid emerged. 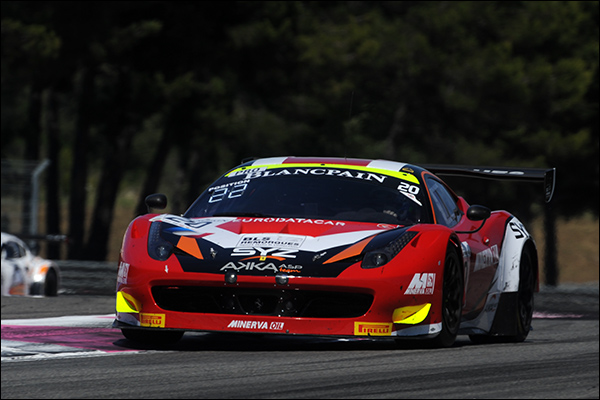 “It was looking reasonably busy for me this year before the Morand deal fell apart,” he told us. “And then with the Indy 500 I could be in the right place at the right time.” His one-off appearance for JDC/Miller Motorsports in the PC class at Daytona looks like remaining just that, with the team’s regular pro driver Stephen Simpson already confirmed for the other TUSCC races. “I won’t be with ASP for the Spa 24, as they’re only entering one car,” he continued, “but I would like to be on the grid in something for sure.” Vautier will be back in the Ferrari for the season finale at the Nurburgring.

Vautier’s fellow Ferrari driver Michael Lyons (#11 Kessel Racing Ferrari) and his team-mates were using today’s sessions to figure out whether they’d be single or double-stinting tyres or drivers in Saturday evening’s race. “It’s all about the tyres this year,” he said, “and they’ve tended to go better as the weekend goes on.”

Qualifying for the Paul Ricard 1000 gets underway at 10:05am local time Saturday, followed by a long gap before the six-hour race starts at 5pm.