Mazda’s constantly evolving Tudor United SportsCar Championship P2 program could take an interesting turn in the coming days as IMSA is expected to confirm the approved use of a 2.0-liter 4-cylinder turbocharged engine fueled by gasoline. 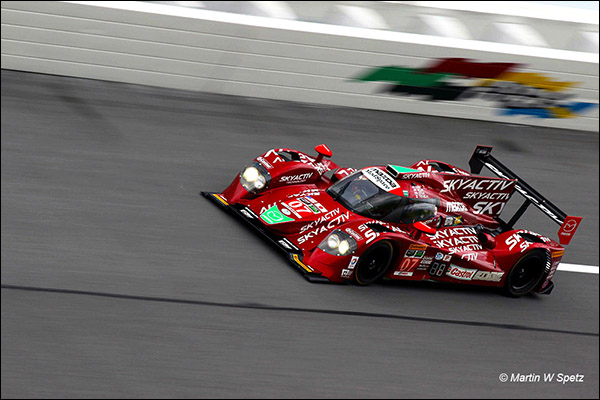 Mazda’s current two-car Prototype program has been powered by its turbodiesel SKYACTIV engines, and with IMSA headed towards new ACO/FIA-based P2 rules in 2017 that bars diesel engines from the class, the Japanese brand’s American sports car program appears to be getting a head start on switching to a new motor format. 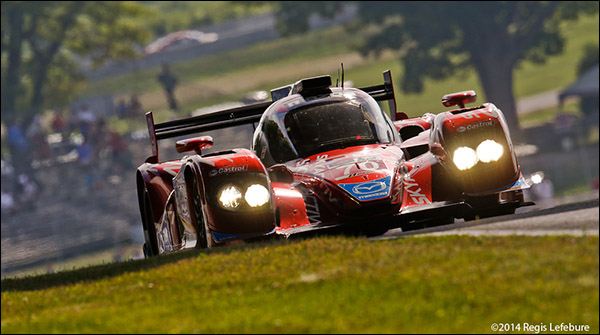 “Mazda’s constantly looking at our strategy on the current regulations, and I can’t make any announcements, but we do have some exciting things coming,” Mazda Motorsports boss John Doonan told Marshall Pruett.

It’s believed Mazda’s gas turbo engine is a derivative, if not the exact motor used through the 2013 American Le Mans Series season, albeit tuned to 2015 IMSA P2 power levels.

Mazda entered just one car at the most recent round at Detroit while committing the second chassis to a private testing program. It’s unclear whether both of its P2 cars will carry SKYACTIV diesel engines for next weekend’s six-hour race at Watkins Glen, or if a move to a gas powerplant will take place in at least one car.