David Brabham popped up to the press room at Le Mans for a brief chat and an update on progress with Project Brabham:

It might have been pretty quiet on the public front but it is getting very busy behind the scenes.

“We’re at the point now where we are talking to potential investors and that’s going to take a little time. 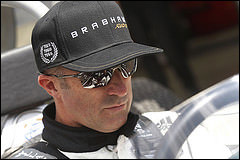 “We need to make sure that there’s full understanding of our business model, I still firmly believe it’s a game-changer.”

There’s not a lot of detail available at the moment on the ‘who’, or indeed the ‘how many’ that are involved but Brabham is very clear on direction:

“We’re well into the process now, Non-disclosure agreements are in play and for the past month our prospectus for the full proposal has being fielded.

“It’s certainly fair to say that the open and transparent nature of the programme has opened up possibilities for us. I’m spending a lot of time on the phone and on Skype and increasing amounts of time in increasingly serious meetings, many of them in London at the rate of two or three a day, 4-5 times per month.

“That includes some with brands, some with investment and fund managers and others with interested parties including those driven by the sporting side, and others who can see that the Brabham brand could provide uplift and value for their interests.

“It’s a part of racing that I only had very limited involvement in to this point but it gets more and more interesting the deeper and further you get into it. I’ve had to challenge myself to develop that skill set, a world away from the cocoon you have as a driver.”

“It’s still a challenge, but I am beginning to enjoy that aspect of it. It helps that I’m passionate about the sport, and of course the Brabham name too.

“When I got to 40 there was a point where I asked myself ‘What are you going to do now?’ and that was all hooked up in driving, and what might come beyond it.

“Then there was the court case (over ownership of the Brabham name) and with hindsight that proved more time consuming and mentally taxing than I had anticipated.

“That definitely affected my driving. Even when I won here (at Le Mans) in 2009 there was some impact. I was driving at what was my ‘safe limit’ and, ironically, I think that helped the effort!”

So what is the level of ambition and expectation at this point?

“We’re looking to be racing in 2016. That will be a big year for Brabham, the 50th anniversary of Dad’s last World Championship win. 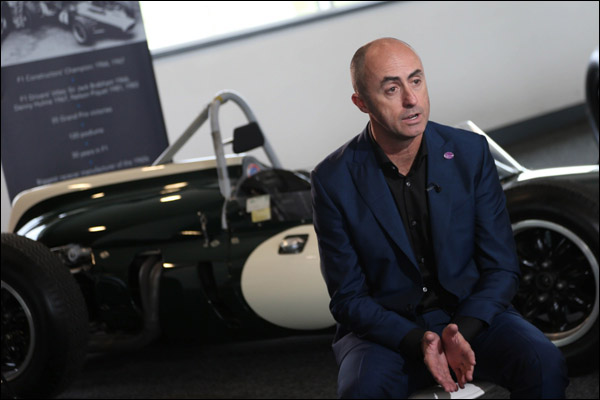 “The plan is still LMP2 in the full FIA WEC with a plan for a single car, but leaving the opportunity open for a second if the chance arises to do that.

“From there the business plan looks to LMP2 for 3-4 years before a step up to developing an LMP1 programme beyond that, all fully transparent through Brabham Digital.

“There’s a lot still to do but everything is moving in the right direction, it’s just a very different kind of endurance race!”