At the beginning of june, the FFSA GT championship made the first of its two foreign rounds scheduled this year. The French GT championship is the only series of the GT Tour to make the trip to Belgium. The race format is back to two 90 minutes races. As a three drivers crew is mandatory, the grid for the first race is made with the times of two drivers (with Q1 split in two parts) and the grid for the second race is made with the times of the third driver. 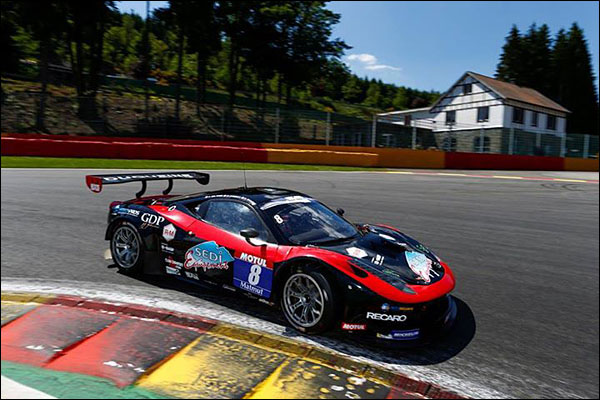 Debard (Ferrari #16) starts well the race, climbing from 8th to a 4th place he can’t keep for long : Lémeret, in front of his public, overtakes him during the second lap, then gains one more place one lap later when Combot is slow during a few seconds.

Misslin is able to keep the lead of the race, followed by Pernaut and Lémeret, during the first quarter of an hour, until he is overtaken by Lémeret at Combes. The Belgian driver is able to ease away, while several other drivers receive a drive-through for not respecting track limits, like Giauque or Hallyday who where fighting for 5th place. Because of time handicaps, positions are modified after the first driver change : Duqueine (Ferrari #8) leads Bottemanne (Porsche #17), Cayrolle (Ferrari #6) and Narac (Porsche #1). 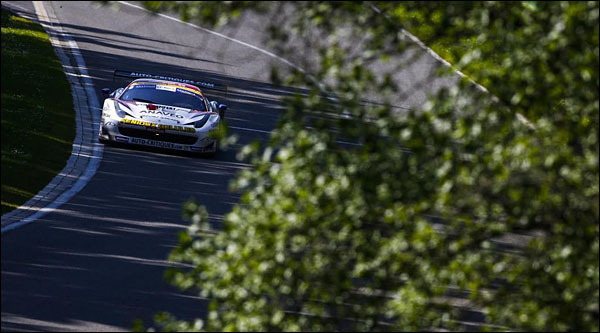 Bottemanne can’t keep the second place, receiving a penalty for not having respecting the minimum duration for the pit-stop. That clears the way for Cayrolle to overtake Duqueine, who suffers from misfiring and has also to bow to Narac and Bottemanne, now back on the podium after his penalty. 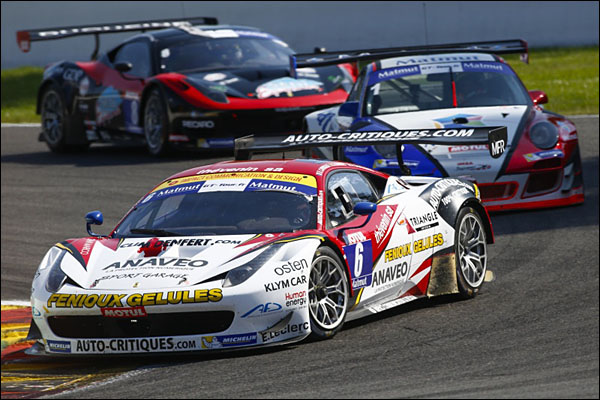 Sport Garage keeps the lead at the second driver change, with now Santamato at the wheel of the Ferrari #6, while the IMSA Performance (Dumez) and StratégiC (Lariche) Porsches are side by side in the pit-lane ! Dumez wins the duel. Lariche will receive later a drive-through (the second for StratégiC) for not respecting the track limits. The last step of the podium is taken by Beltoise (Ferrari #8). Sport Garage takes its third win of the season. 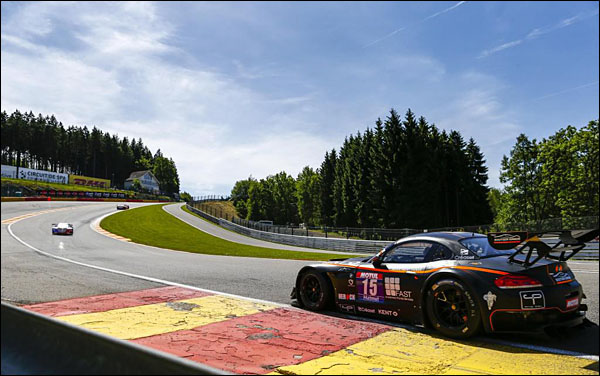 The Gentlemen Challenge class is won by the Boutsen Ginion entered BMW Z4 driven by Ojjeh and Grotz. 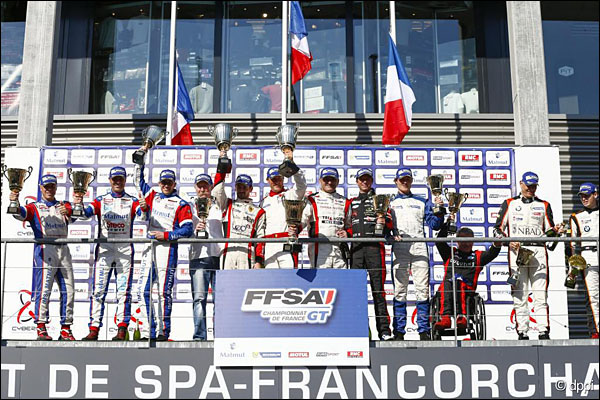 Race 2 takes place at the end of Sunday morning. Starting from the pole, Parisy (Audi #3) loose the lead, taken by Moullin-Traffort (Ferrari #20) before the end of the first lap. Haase (Audi #23) takes the third place to Belloc (Ferrari #10), who falls deeper in the standings in the following laps, overtaken by Beltoise (Ferrari #8), Panciatici (Ferrari #36), Ayari (Ferrari #9) and Martins (Audi #5). Moullin-Traffort, Parisy and Haase stay close while Beltoise receives a drive-through for not respecting the track limits and Panciatici has to retire because of a puncture and a leaky radiator. 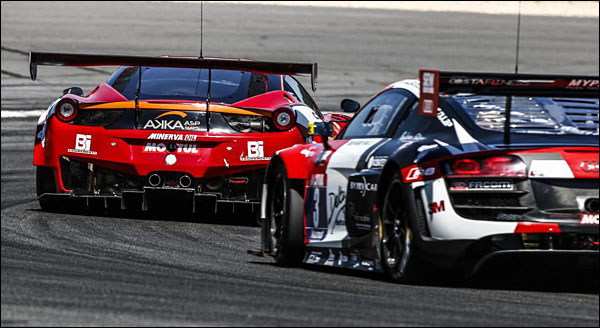 Deguffroy (Audi #7) also has to retire. Most of the drivers make the first pit-stop at the end of the first half hour, but Haase stays on the track until the end of the window. Good choice as his teammate Buffin can replace him at the lead, ahead of Beaubelique (Ferrari #20) and Gaillard (Audi #3). Behind Samon (Ferrari #9) takes 4th place after having overtaken Bottemanne (Porsche #17). 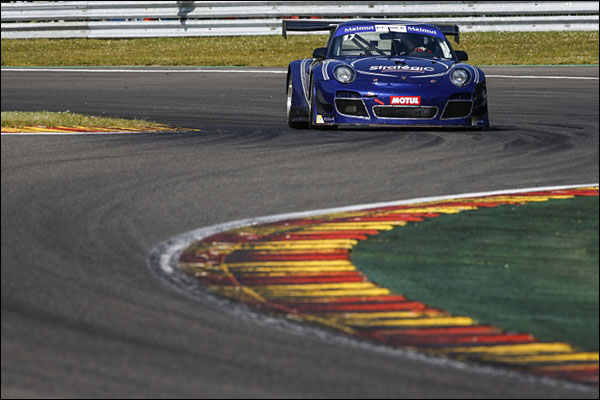 Buffin can’t enjoy the lead for long : having a contact with Beaubelique, he goes into the gravels. One driver shines at the middle of the race : Narac (Porsche #1) climbs from 9th to 4th place in 10 minutes. He continues, overtaking Samon then Gaillard, reaching 2nd place 54 minutes after the start. The second pit-stops window approaches when Samon overtakes Gaillard and Narac is reducing quickly the gap on Beaubelique, taking the lead just before entering in the pits. The Porsche #1, now driven by Pernaut, rejoins the race at the lead, ahead of Giauque (Ferrari #20) and Hallyday (Audi #3). Soave is a temporary 4th, soon overtaken by Pialat (Ferrari #9), Barthez (Ferrari #16) & Misslin. Pialat has to stop on the track. Misslin overtakes Barthez but later receives a drive-through. Good for Lémeret, now one step away from the podium after having taken 4 places in a few laps. Ahead of him, Giauque reduces the gap with Pernaut to less than one second, but the top 3 positions won’t change until the checkered flag, Pernaut giving to Porsche its first win of the season in FFSA GT. 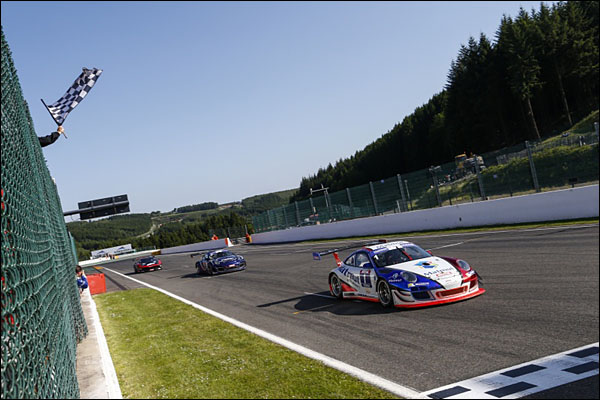 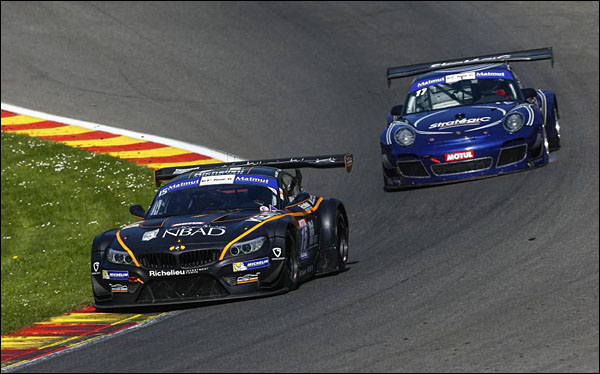 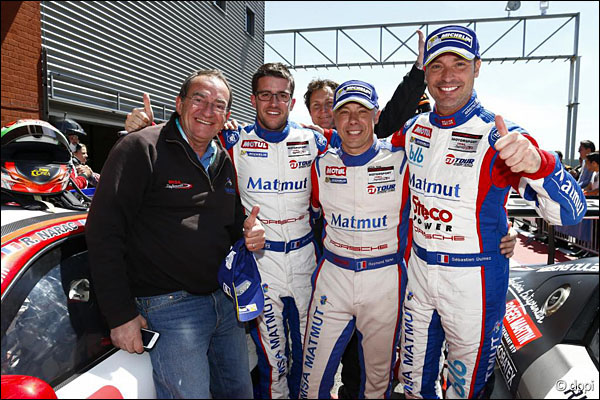 After three rounds, Lémeret-Cayrolle-Santamato lead the standings with 95 points, followed by Narac-Dumez-Pernaut, 78 points and Debard-Barthez-Panis, 66 points. Next round at the Val de Vienne, on july 4th & 5th.