Audi Sport Team Joest ran into trouble with the scrutineers during the Le Mans 24 hours, when the electronic engine seals on the car of André Lotterer, Marcel Fässler and Benoît Tréluyer failed. Chris Reinke, Audi’s Head of LMP1 confirmed that: “it was our fault, we admit that. There was an error with the handling of the electronic engine seals on the #7 car, which meant that the seals failed and the ACO could not read them”. 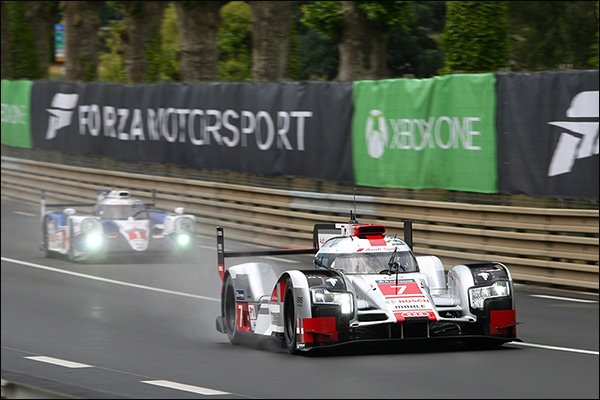 The problem was first spotted by the scrutineers after the warm-up on race morning of the Saturday of the 24 hours. It would seem that Audi team members then swapped the position of the seals, and Audi acknowledges that human error was at the heart of the problem.

The facts of the matter were discussed at a hearing held on Tuesday, June 23rd in Paris, more than a week after the race, when Audi presented their side of the case. Although they did not deny the allegations, they wanted to bring an explanation of the circumstances to the FIA WEC.

“We have investigated the matter,” continued Reinke, “and are sure it will not happen again. It was the two seals on the #7 car that failed; the other cars were not affected.”

The seals are critical for the FIA WEC to monitor the usage of engines in the LMP1 class, as each car is restricted to just five engines for the whole season. The seals are electronically readable, but neither the FIA WEC readers nor Audi’s own equipment could read the seals on the affected car.

The stewards decided to penalise Audi Sport Team Joest by imposing a €50,000 fine and ordering that Audi pays the costs of the hearing. In addition, the engine used in the 24 hour race on the car driven by André Lotterer, Marcel Fässler and Benoît Tréluyer has been deemed to be their fourth engine of the season. 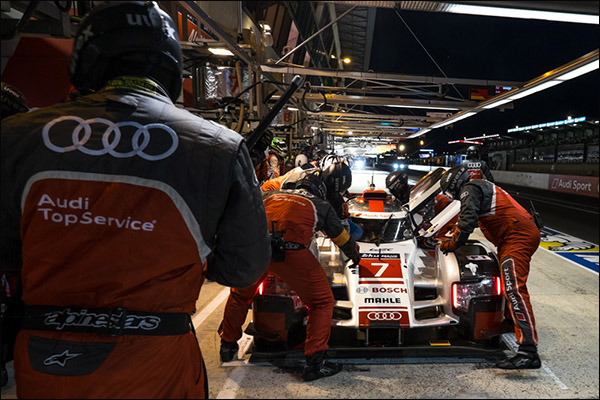 “We used the same engine for the six-hour races at Silverstone and Spa,” Chris Reinke clarified. “At Le Mans we used the same physical engine for practice, qualifying and the race, but, due to the seal failures and the resultant penalty, we have to consider that as the second, third and fourth engines of the season.”

Consequently, Lotterer, Fässler and Tréluyer will have to complete the remaining five six-hour races of the season using just one brand new engine. “Of course, we’ll be evaluating whether we can use the engines that we used at Silverstone, Spa and at Le Mans again in the remaining races of the season, that’s certainly an option, but it will be a challenge.”

If the #7 car does need an additional engine during the remainder of the season, the car will have to make a three-minute stop-go penalty: enough to drop the car off the lead lap at any of the circuits due to be visited before the end of the season.