Prior to Le Mans, it is doubtful whether Nico Hülkenberg cleared a space on his mantlepiece for the winner’s trophy, but before the race, David Greenhalgh managed a few words with him.

There is no doubt that F1 is having a very difficult time at the moment, “terminal decline”, as Darren Cox bluntly put it. So it was inevitable that Nico Hülkenberg would be asked at Le Mans to compare F1 with sports cars. He was generally guarded in what he said, but nevertheless made some very interesting observations.

Sports cars had not been on his radar until recently. “When I was a kid and doing my karting, I was pretty much focused on F1; the awareness and interest of sports car racing, endurance racing, WEC and Le Mans has only really raised in the last few years more and more, then obviously last year a lot when the opportunity with Porsche came about.”

However, it appealed to him that he was reviving a trend from decades ago of F1 drivers trying Le Mans. “Yes, it is special. It’s not been done for a long time; well actually it was Bourdais in 2009, then before him there was a huge gap so I’m proud to be able to do this. To manage both is a big challenge for me, but it’s a unique opportunity to be racing at Le Mans with Porsche so I took the opportunity and here I am”. 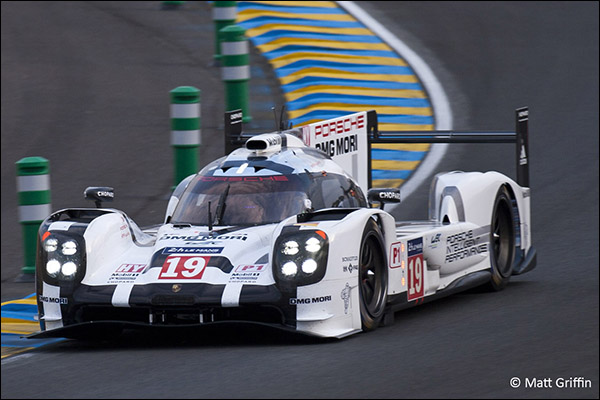 Of course it helped that one of his team-mates had crossed from F1 to sports cars only a year ago. “Yes, the communication and flow of answers across the drivers is a lot. Whenever I have a question I can ask anybody and they will give me their feedback and honest opinion, I feel we have a great team and work really well together.”

However, Mark Webber had a slightly more focused view of the knowledge that was being shared among the Porsche drivers: “At the start, Nico was a bit surprised because at a lot of the tests I tried to help him and he was saying ‘what the hell are you doing helping me, it’s unusual’. In single seaters, you have 10 or 15 years of no help from the opposition. Here I was just trying to explain there’s some things you have to look after in the car and backmarkers and traffic, there’s the night component as well, so there are constant layers. Even the small things, when I got into sports cars I can start the engine myself, I’ve never started a single seater so I said to Nico ‘don’t forget if you spin and lose the engine, you’re not out of the race, just turn the key.’”

As for the car, Hülkenberg notes that, “It’s a closed car, different environment, no wind or noise or buffeting of my helmet, but from a driving point of view it’s a four wheel drive car with traction control, and that changes the game. With four wheel drive, you need to concentrate more on corner exits; in F1 we’re traction limited, but here not, so it’s steady in, quick out, especially with long straights afterwards so you want to build up speed as quickly as possible so you need to be early on the power.” 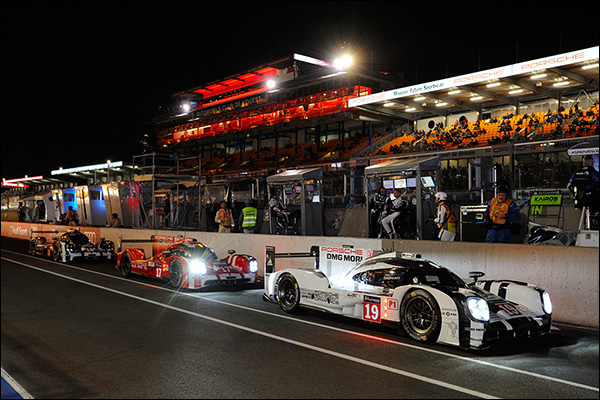 To his surprise, he found that he quite enjoyed the challenges posed by the traffic. “It sounds a bit weird, but I do quite like the traffic element, something I’m not used to, and I didn’t know before Spa, but it adds a little extra excitement, it’s an extra job you have to do to take care of and you can be better or worse at it, so I find that quite interesting.

“To a certain degree, experience counts but it’s also a natural thing and things are so dynamic, if you arrive one or two metres later it’s just the natural thing, there’s a bit of a risk-and-reward strategy as well, if you dive in on somebody which is a bit risky or not which gets you two seconds afterwards but that’s something we have to calculate constantly and very spontaneously. We can’t really think about it we just naturally have to do it and go with our instincts, and that’s quite interesting and exciting.”

Like all other drivers before him (Webber, for instance, describes it as “a place with consequences, so the concentration is super-high”), Hülkenberg was taken by the challenge of the circuit. “It’s an edgy sort of place, which is good, if it’s not edgy, then racing would be boring, and no-one wants that.”

While noting that some parts of the track were pretty straightforward, “other corners are a bit more technical such as the Porsche Curves, and you don’t get to see the Porsche Curves very often without traffic; it’s really quick, the walls are really close: it’s just fun to push an LMP1 car though there, you feel a lot of downforce”.

He thought that the “Esses after Dunlop bridge are pretty nice and cool and remind me a little bit of Suzuka. Indy 1 and 2 are mega, you arrive really fast and you have the banking first right then left, and it’s really cool to have a corner like that with a banking.”

At the other end of the speed spectrum, “Arnage is one where you always think you can brake later and when you do you just go straight, so it’s a tricky one especially in the wet.” 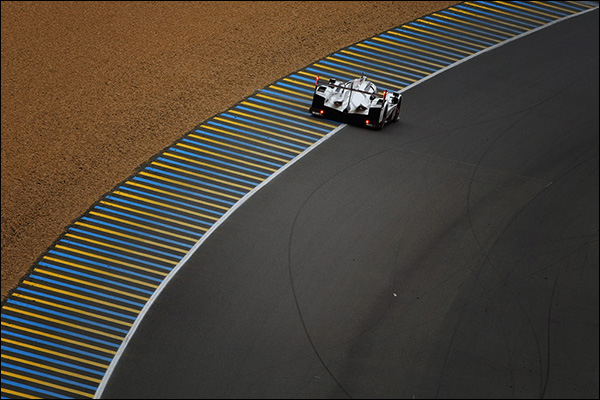 While these comments are all generally descriptive of sports car racing, many people who spoke to Hülkenberg during the week quickly realised that he was doing his very best to avoid being drawn into a comparative analysis with F1. For instance, I heard him asked the “frontal assault” question of whether the Le Mans paddock was happier than its F1 counterpart, to which he defended the castle by replying, “I wouldn’t say so, to be honest; I don’t see that so much, no.”

Similarly, when asked if the tyres (a somewhat sensitive point for F1, one would think) were the biggest difference between the two categories he carefully blocked with, “Not really, the tyres are different and they behave differently, but it’s a race car. In the end the feeling you get, the sensation you have inside, everything is quite different, the tyre is just one element of that.”

When asked what he brought to sports cars as a current F1 driver, he was again cautious: “I think that driving style-wise there might be something interesting, but you can’t take everything from F1 and apply it here because it’s a different game and the same way from an operational point of view: it’s quite a different format and the schedules are very different.”

By contrast, the typically more forthright Webber, when asked a similar question in a separate interview, volunteered, “I’ve had a lot of experience seeing how teams shouldn’t operate and how they should operate; I’ve seen both sides. At the moment we’re still coming together, we don’t have a perfect team. In 24 months, the concepts, the ideas, the artistic side, the simulation side, getting it together, the priorities of where you put your R&D, the delegation of key people to understand how you do things – it’s super complex, to get a team harmonious takes a long time, it took Red Bull a long time, it took McLaren a long time.

“I have experience on the priorities, which trees to go up and which trees not to go up, and what the driver focus should be on and not spending too much time in certain areas that aren’t going to give you the long and short term gain against what you want to do. Motor sport is full of compromises, so how do you work out which areas we follow up in terms of talent or departments.”) 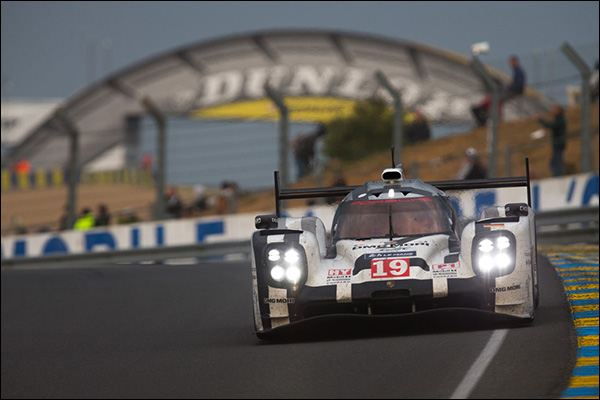 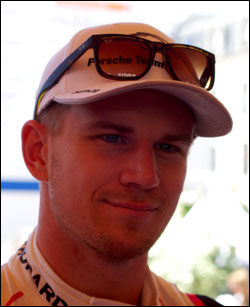 Finally, when pressed on whether F1 should be learning anything from the WEC, Hülkenberg answered with admirable diplomacy, “They are two different pairs of shoes for me and I don’t tend to compare. Both are at the pinnacle of motor racing and of course in everything in life you have a chance and opportunity to improve things but I’m a driver, I’m hired to drive a race car fast so it’s not my job to think about these things too much.”

Readers can form their own views on the merits of Hülkenberg’s somewhat cautious views on the two categories. But at least he was consistent: when asked on the Thursday about his prospects for the race, he likewise took a very safe and conservative approach, offering, “You can’t tell, it’s just impossible to predict, and why should I say anything and build up expectations and put myself in that situation. There are no guarantees for anybody, you just have to keep cool, do your job, keep it on the black stuff, hopefully have no technical issues and we’ll see where we end up.

“I wouldn’t buy into any result now. It’s 24 hours, it’s a massive task, we have to beat the race. For me I want to deliver a good job, stay mistake-free, do solid stints and challenge or master the tasks the team has given me. It would be awesome to be on the step somewhere but that’s dreaming.” Or not.