American Honda’s competition arm wanted to continue building carbon fiber prototypes when new P2 rules come into play for 2017. After years of producing advanced P1s and P2s, the Valencia, Calif.-based Honda Performance Development team had every intention of submitting a bid to become one of 2017’s four approved chassis suppliers, but found an unexpected clause in the paperwork that extinguished those ambitions.

“We were prepared to submit the tender to be a constructor, but the beginning of the bid declaration says you can’t be associated with an auto manufacturer, and that’s us, so we worked with IMSA to see if there was a way around it and could not find a solution,” HPD vice president Steve Eriksen told Marshall Pruett.

“It was never part of the discussion beforehand, so we asked IMSA to explore removing that exception with the ACO, and they tried, but the solution they were sent back with didn’t make any sense at all. That sealed our fate. It leaves us with the only option of being a manufacturer who uses one of the four chassis solutions nominated by the ACO.” 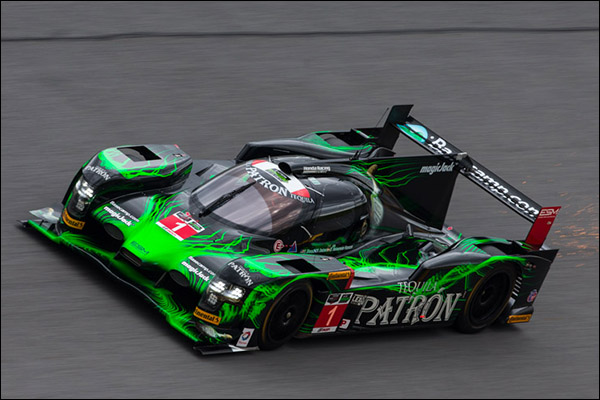 HPD’s new-for-2015 ARX-04b P2 chassis was introduced at IMSA’s season-opening Rolex 24 at Daytona, and was soon tabled when additional aerodynamic development needs were revealed. Had HPD received one of the four 2017 P2 constructors contracts, the ARX-04b would have received the necessary funding to fix its aero and return to competition.

But with a car that will no longer be eligible to race in IMSA, or the World Endurance Championship, in 18 months, HPD finds itself at a crossroads with its future plans in endurance racing.

“We have a [P2] chassis that’s already compliant for 2017, so it certainly makes the bar we have to clear to get approval for another prototype program much higher and much harder,” Eriksen explained. “There are some changes we’d have to make to ARX-04b to comply to the new rules, but that’s not hard to do.

“Unless we’re allowed to use what we’ve already invested in, it means we have to go out and invest again, and in somebody else’s technology. If you’re asking American Honda to support it, they’re going to ask how much it costs, about the value for the investment, and that’s much harder to propose knowing we have our own chassis.” 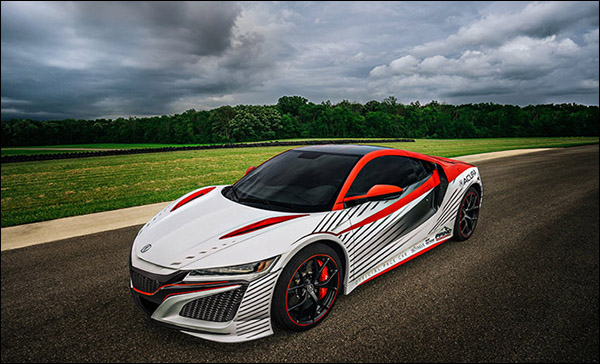 Eriksen dismissed the idea of repackaging the ARX-04b as a LMP1-L option due to the WEC-specific nature of the class, and pointed to the new Acura NSX (pictured, above as it appeared as the Official Pace Car of the Pikes Peak International Hill Climb) as the logical option for HPD to maintain its presence in top-tier sports car racing.

“We’ve said publically before that the NSX could be raced, and that’s still very much the case,” he added. “Where and when has not been finalized. The great thing about the NSX is it’s built in the U.S., has a heavy design involvement from the U.S., and would be the perfect car to race in the U.S.”

The hybrid-assisted, twin-turbo V6-powered coupe has been floated as a GTLM/GTE solution, but its ERS system raised red flags with the ACO and FIA. With or without the hybrid unit, it appears the NSX will be on track in the near future as the successor to HPD’s prototype program.