Legendary Corvette racing car builder and driver John Greenwood, of Altamonte Springs, Florida, passed away on July 07, 2015 at the age of 70 after a long illness (John is pictured below at Daytona back in 1975). 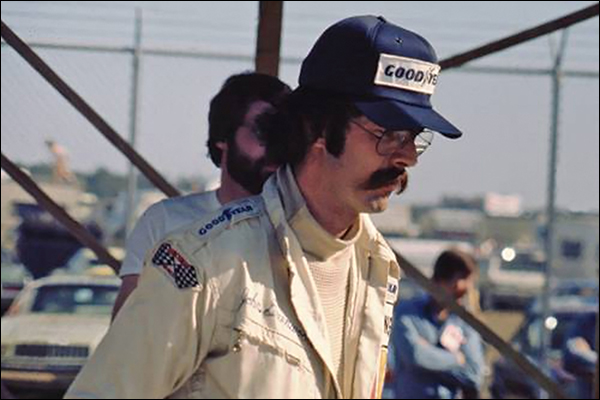 Born in Lafayette, IN on April 5, 1945 to a General Motors executive he was around cars during his early years and began racing at the tender age of 15 driving his 1955 Pontiac in street racing. During this time he gained knowledge and experience building, racing and rebuilding several types of GM products. He purchased his first Corvette in 1964 and proceeded to do what no one had tried before. He dropped a 427 hp big block engine into the Vette and for many this was the beginning of the Greenwood legend.

During the last few years of the 1960’s John became more proficient in car building and got the road racing bug after winning an autocross in one of his Corvettes. To gain his competitive driving license he attended an SCCA driving school but his early efforts on the track were disappointing.

With the help of his brother, Burt, who managed their race car building business, John eventually gained more track experience and began to win at Sports Car Club of America Regionals and Nationals. He also competed at the Daytona 24 and Sebring 12 Hours in 1970 but found more success in SCCA club racing with podium finishes in four events and he won the A Production Championship that year. The following year he finished in the top ten at Daytona (below) and Sebring driving his now famous Stars & Stripes car and again winning the SCCA A Production Championship. 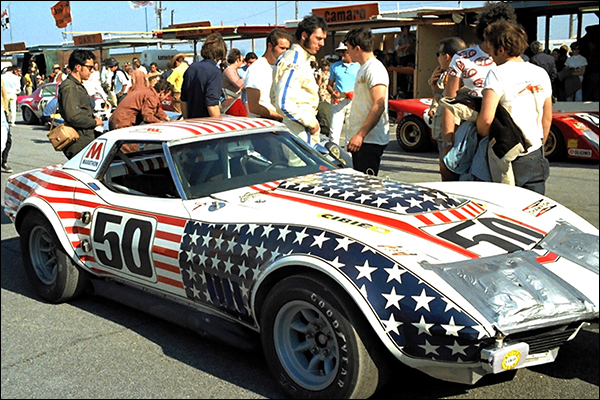 This success led to a two-year sponsorship with The B.F Goodrich Tire Company. John’s racing Corvettes would be shod with what was advertised as B.F. Goodrich street radials. In reality they were not totally stock street tires since they were shaved down to make them more competitive.

Mr. Greenwood had a long career as a driver and builder. However, endurance racing aficionados know him best as “The Sebring Angel” or the man who saved the Sebring 12 Hours from oblivion.

In 1973 Sebring race founder Alec Ulmann dropped sponsorship of the race after he failed to get financial support to meet the FIA’s demands for track improvements or to build a new track. As late as January of 1973 the race seemed destined for the scrap heap of history but was finally rescued by a group of Sebring locals and John Bishop of IMSA who agreed to sanction the event. However, the dilapidated track needed some safety improvements and prize money for the winners. John Greenwood stepped up with a guaranteed purse of $30,000. He also provided money for the safety changes the circuit needed.

In 1974 the Arab Oil Embargo led to an energy crisis in the United States with races like the Daytona 24 and Sebring 12 Hours cancelled. For 1975 getting Sebring up and running again seemed daunting but John Greenwood stepped in once again with more money. Also, his people went around the state of Florida with Greenwood cars to help promote the race. 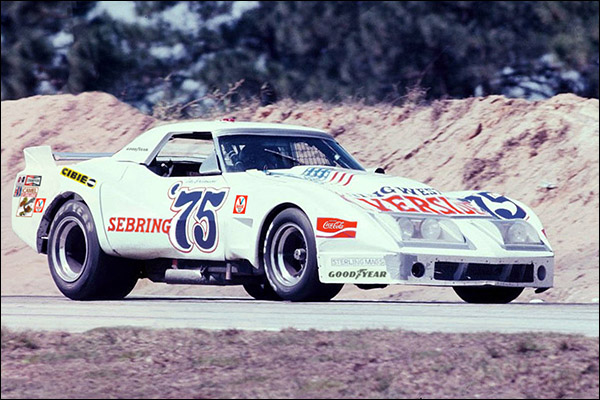 Greenwood did the same thing in 1976 and by then the race was on the way to recovery with fans showing up at the track in ever increasing numbers. Literally, this Sebring Angel saved the race from an untimely death and this might be John Greenwood’s greatest accomplishment.

In his final years John suffered from a variety of health issues but it was cancer that got him in the end. His brother Burt was his caregiver during those years which is remarkable considering that Burt has been wheel chair bound for many years. John is survived by siblings Burt Greenwood of Altamonte Springs, FL; Chris Couture of Phoenix, AZ; Lesley West of Denver, CO; Mary Greenwood of GA; four grandchildren along with his many friends and fans.

At the time of this writing no public memorial service has been announced by the family but they have released this official obituary: 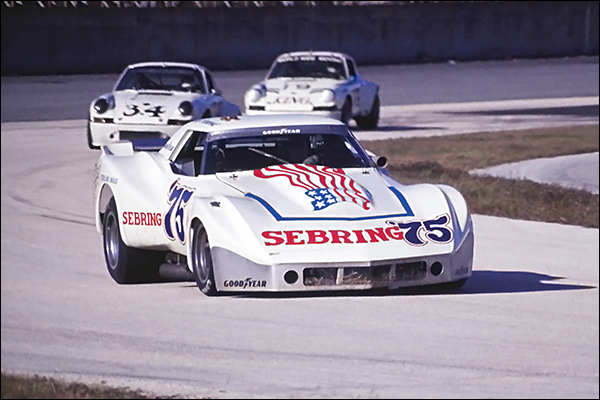 “John Greenwood, 70, of Altamonte Springs, Florida, passed away July 07, 2015. John was born April 5, 1945 in Lafayette, IN. John now resides with his Mother (Betty) and Father (Hank), and younger siblings Mark and Jean too, who preceded him home. He is survived by his loving sons Tim (Sandi) Greenwood of Sorrento, FL. and their twins Sarah and Cydney; Joe (Edye) Greenwood of Apopka, FL and their children Logan and Mallory. John is also survived, and missed, by his sisters; Lesley West of Denver, CO; Chris Couture of Phoenix, AZ; Mary Greenwood of Dawsonville, GA and his brother Burt Greenwood of Altamonte Springs, FL. Long respected for his racing the patriotic Greenwood Corvettes through the 1970’s at Daytona, Sebring, Le Mans and many other racetracks that are legend with enthusiasts. But, he was far more to those who knew him best – a genuinely kind hearted man and a gentleman. The family has asked that in lieu of flowers that a donation be made to The American Cancer Society. Cards may be sent in care of: B. Greenwood, 1000 Douglas Ave, #103, Altamonte Springs FL. 32714.”