Jules Bianchi’s racing career never featured on these pages and it would be inappropriate to offer any depth of analysis of the young man’s career in the wake of his passing yesterday, eventually succumbing to the terrible injuries suffered at last October’s Japanese Grand Prix.

The tragedy of his passing is one though that has bitten deeply in the global motorsport community, his character and talent widely acknowledged and recognised from right across the world.

We present here a selection of the statements of condolence from the organisations and individuals involved in our corner of the sport. Today though in this regard the motorsport family is one. 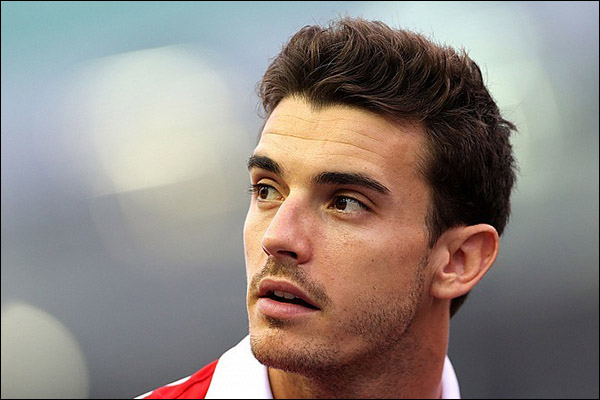 The world of motor sport is in mourning today, after the tragic passing of Jules Bianchi overnight.

The sport has lost one of the most talented drivers of this generation, from a family that has such a strong presence in the history of the sport.

Jules Bianchi was a popular personality all in F1, possessing the best of both human and sporting qualities.

The FIA recognises the courage with which he conducted his last fight, in the company of his loving family.

Jean Todt , FIA President, expressed his deepest condolences to Jules’ family and recognised the great pain being felt by the Bianchi family and those close to them.

The motor sport community offers their most sincere support through this terrible ordeal.

It is with great sadness that the Automobile Club de l’Ouest was informed this morning of the passing of Jules Bianchi, occurred on Friday July 17, as a result of the accident he suffered from last October 5 at the F1 Grand Prix of Japan.

Jules Bianchi was one of the surest hopes of French motorsport. Titled Formula Renault in his first season, he pursued a methodical climb in motorsport with the support of Ferrari, before being tenured in Formula 1 with Marussia in 2013.

Jules Bianchi came from a long line of drivers. His great-uncle Lucien (1934-1969), endurance specialist and major road marathons in the sixties (victories in Liège-Sofia-Liège and the Tour de France Automobile), won the 24 Hours of Le Mans in 1968 driving a Ford GT40, associated with the Mexican Pedro Rodriguez. His grandfather Mauro (born in 1937) was for the same period a brilliant animator of Formula 3 pack, and also Alpine official driver in La Sarthe.

To his family and loved ones, the Automobile Club de l’Ouest sends its deepest condolences.

Pierre Fillon, President of the Automobile Club de l’Ouest: “It is with great sadness and deep emotion that we learned this morning the sad news of the death of Jules Bianchi. On behalf of the ACO and all employees, I present my condolences to the family and friends of Jules. He is part of the great family of motorsports and by his talent and his courage, he has earned the recognition of his peers and all fans of the discipline. ”

The announcement today of the passing of Jules Bianchi has made the WEC paddock really sad.    Jules was a great motor racing driver and he is going to leave behind a huge void.  The whole WEC family shares the grief of his family and those close to Jules.  We send our sincere condolences.   There will always be a place for Jules in our memories and in our hearts.   On behalf of the WEC Family Gérard Neveu

Literally hundreds of drivers and team personnel from right across motorsport have taken to social media to express sorrow and condolences – Here’s just a small selection:

Mikhail Aleshin
2015 ELMS and Le Mans driver and single seater contemporary
Jules was a great fighter, who always fighted to the end no matter what…R.I.P…

Mario Andretti
My heartfelt condolences to the @Jules_Bianchi family for this very sad ending of a promising young life. My prayers are with you.#RIPJules

Sam Bird
2015 FIA WEC Driver and contemporary of Bianchi in single seaters
Goodbye my friend. You will be missed by so so many. Rest in peace Jules. My thoughts are with you…

David Brabham
Ex F1 racer and sportscar racing legend
So sad to hear the news of the passing of Jules Bianchi, he was such a talent and much loved by many.

Ryan Briscoe:
Indycar and Corvette Racing GT Driver
So sad to hear about the passing of Jules Bianchi. Slow zones where safety vehicles are in play need to become standard procedure.

Martin Brundle
F1 commentator, ex F1 and sportscar racer RIP Jules Bianchi. It was a pleasure and privilege to have known him in his all too short life. Sad day, condolences to his family + friends

James Calado
2015 Ferrari Factory GT Driver and single seater contemporary
This morning I lost a friend and a great example of a special racing driver. I will never forget you, Jules Bianchi.”

Karun Chandhok
Ex F1 racer and current ELMS Driver
Goodbye Jules… One of those great ‘what could’ve been’ careers like Tom Pryce, Francois Cevert or Gilles Villeneuve before him. RIP Jules.

My condolences to the Bianchi family and friends, everyone at Manor, his management team, Nicolas Todt. The world is a poorer place today.

Max Chilton
2015 Nissan LMP1 driver and Bianchi’s Marussia F1 team-mate
No words can describe what his family and the sport have lost. All I can say it was a pleasure knowing and racing you.

Lucas di Grassi
2015 Audi Factory LMP1 driver
Woke up with the news that one of the greatest talents of our generation now rests in peace. We all miss you.

Mitch Evans
GP2 driver and 2015 Le Mans LMP2 driver
Rest in peace Jules. Quite hard believe and to accept but I hope you’re in a better place now.

Giancarlo Fisichella
Ex-F1 racer and 2015 Ferrari Factory GT driver
A wonderful boy and an amazing driver… you will be forever in our hearts. Ciao Jules.

Dario Franchitti
Indycar legend
Rest in peace Jules Bianchi. This sport that we love can be very cruel.

Marino Franchitti
Sportscar and GT racer
Such sad news, rest in peace Jules_Bianchi. My heart goes out to his family and friends.

Marc Gene
Ferrari test driver and sportscar driver
In those devastating moments my thoughts are with the family of Jules Bianchi. RIP Jules.

Johnny Herbert
F1 commentator, ex F1 and sportscar racer
Talented and a gentleman, will remain in our hearts..RIP Jules Bianchi.

Jon Lancaster
2015 ELMS and Le Mans racer and Bianchi’s F3 team-mate
Today the world lost a bright light. It’s been a pleasure to have raced together but most importantly to have been friends. Love to the family.

Andre Lotterer
Three-time Le Mans winner
Rest in peace dear Jules! We lost a great fighter today. All my thoughts are with you and your family.

Allan McNish
BBC F1 commentator, ex F1 driver and multiple Le Mans and sportscar champion
Sad to wake to the news Jules_Bianchi has passed away last night. Thoughts are with his family and close friends today.

Johnny Mowlem
2013 ELMS Champion
So sad to wake up to the news that Jules_Bianchi passed away last night. My heart and prayers go out to his family. May he rest in peace.

Simon Pagenaud
Indycar and Sportscar racer
Jules_Bianchi we will miss you buddy. I’m speechless right now, words can’t describe the sadness we all feel at this moment. RIP

Emanuele Pirro
Ex-F1 racer and multiple Le Mans winner
Sadly the miracle didn’t happen. A very sad day for motorsport. All my thoughts and prayers to his family and close friends. RIP Jules.

Bruno Senna
Ex-F1 racer and current GT and Formula E racer
My strong thoughts go to Jules Bianchi’s family! Hope the lessons we learned will stop more tragedies like these from happening! RIP.

Duncan Tappy
GT Driver
RIP Jules. Such a sad day for motorsport. A huge talent that will always be remembered!

Oliver Turvey
McLaren F1 test driver, Sportscar and Super GT Driver and GP2 contemporary of Bianchi
Terribly sad to hear of the loss of a true talent and great competitor, a star has been lost too soon. You will always be remembered. RIP Jules.