As its own regulations permit, the FIA WEC Endurance Committee has changed the Equivalence of Technology for the remainder of the World Endurance Championship season, beginning with the Nürburgring Six Hours in just over a week’s time.

The new regulations were announced during the recent two-day Toyota Test at the Nürburgring, when all the major LMP1 teams were present.

The changes are to the famous “Appendix B” of the LMP1 Technical Regulations, that governs the amount of fuel that is allowed to flow to the engine, depending on the fuel type (petrol or diesel) and the MJ class that cars run in.

The Porsche 919 Hybrid, which of course won the 24 hours of Le Mans in June, in the hands of Nico Hülkenberg, Earl Bamaber and Nick Tandy, has a reduction in (petrol) fuel flow from 88.5kg/h to 87kg/h. Correspondingly, the petrol-powered cars also have a reduced tank capacity (down to 67.4 litres from 68.3 litres).

Kyle Wilson-Clarke, race engineer on the Timo Bernhard/Mark Webber/Brendon Hartley Porsche 919, estimates that the changes represent an advantage to Audi of around 1.5 seconds per lap at Le Mans, which would equate to around 0.7s per lap of the Nürburgring. “It was a little surprising, to be honest,” he told me earlier today. “We only found out about the adjustment to the EoT when we got to the ’Ring, so we’re not sure yet what it will mean in the race.” 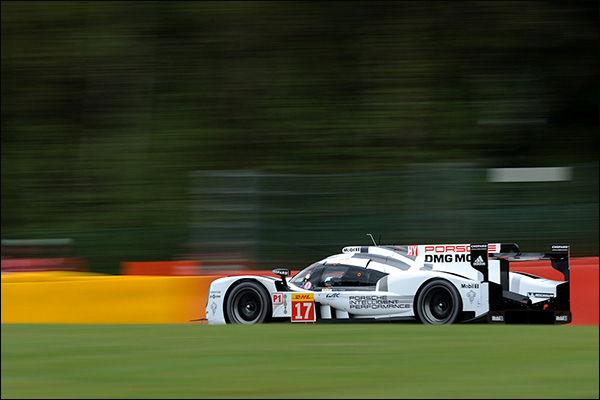 Wilson-Clarke also revealed that Porsche would run with a revised aero set-up at the Nürburging. “It’s different to what we had at Le Mans, and also to what we had for the test at the ’Ring, so we’ll have to see,” he concluded, before boarding his flight to Stuttgart to oversee the roll-out of the Nürburgring race cars.

The privateer LMP1 entries, Rebellion Racing and Team ByKolles – also receive a boost. Fuel flow for the non-hybrid cars is increased by more than 5% from 100.9kg/h to 106.5kg/h. In addition, the fuel capacity has been increased from 68.3 litres to 75 litres: nearly 10%. This will certainly close the gap between the manufacturer and privateer cars, although it remains to be seen whether the AER-powered Rebellion R-Ones will be able to use their increased power to worry the Toyotas.

Anthony Davidson, current World Endurance Champion, said that he expected the Toyota TS-040 that he shares with Sébastien Buemi and Kazuki Nakajima “to have made a small step since Le Mans, but not the huge step that we need to make.” He continued: “Even though the 2015 car is nice to drive, and a good improvement on the 2014 car, we’re really just concentrating on the 2016 car now.” 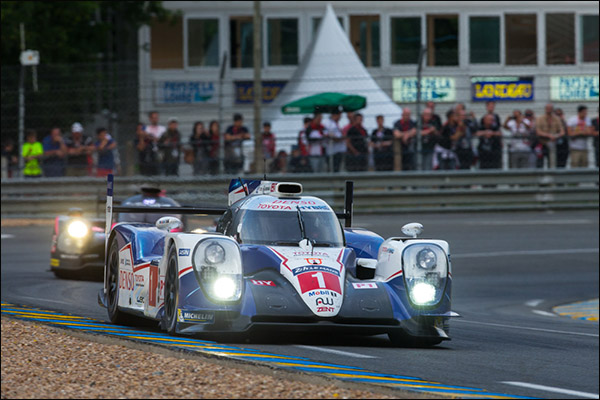 Practice for the Nürburging Six Hours is on Friday, 28th August, with qualifying on Saturday, 29th and the race beginning at 12 noon European Time on Sunday.