After the reception from George Richardson’s 2014 end of season review, he’s decided to join DSC’s stable of writers for the year, and will be sharing his experiences competing in the European Le Mans Series and the VLN. Here’s his fourth column:

I’m back after an extremely busy couple of months of racing with JMW and NGK. There’s still a long way to go in both my main series and I can’t wait to get stuck in and start finishing on the top step of the podium. 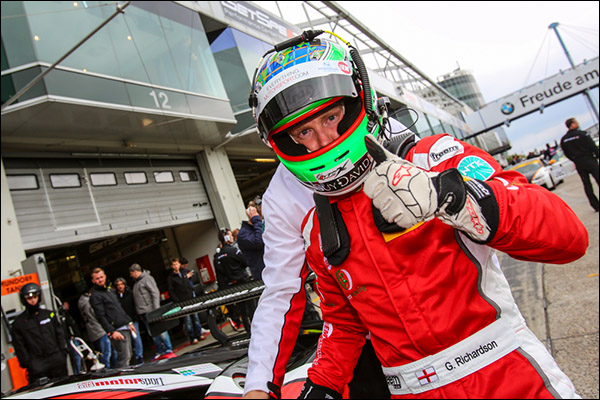 I was a guest of my regular team in the ELMS – JMW – for its assault on Le Mans 24 Hours with Michael Avanatti, Kuba Gamaziak and Turki Al Faisal Abdul Aziz. I went to the race last year to show my support and this year was another learning exercise for me. I’ve set a big personal goal of getting to Le Mans by next year, this year didn’t quite work out so I’m hoping another strong season in the ELMS will allow me to get on the radar to be considered by the team. 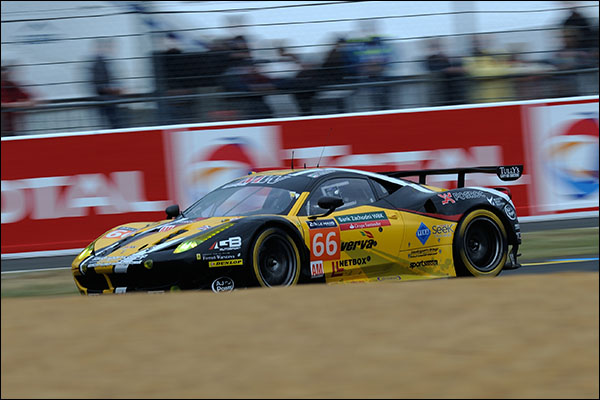 After Le Mans we had VLN 3 and 4, the two races were a massive contrast. VLN 3 was my best race yet as I finished P2 in the SP8 class in our NGK Racing Team Ferrari, while VLN 4 was a gutting DNF.

The Nürburging for me has become an obsession, it’s such a big challenge and I really enjoy my prep for the ‘Ring as it’s mostly about knowledge and lots of watching YouTube! Things like handling the sheer amount of traffic and weather add to its prestige and appeal, I almost can’t remember a time when I wasn’t racing there so frequently. 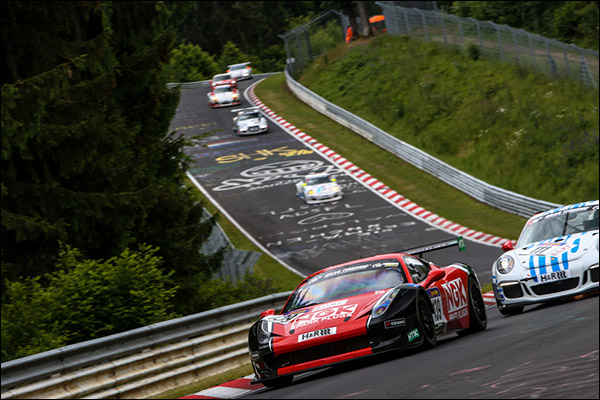 The skills you acquire while racing at the ‘Ring are definitely transferring to my ELMS program and I think the move to doing a season in VLN is helping me develop as a driver.

After awesome results in VLN 2 and 3 we had high hopes for the fourth round. After a successful qualifying where I achieved my best lap to date, putting us P2 in the SP8 class. There were lots of important guests of NGK for that round, so there was extra pressure and high expectations but we had a failure with the alternator on the first lap that forced us to retire.

After two highs it was unfortunate to experience the first real low, but the NGK program is really taking shape now and it’s a good example of a program with “legs”. Our luck didn’t improve at VLN 5 either, as disaster struck the team again; a problem with the fuel pump on the Döttinger Höhe ended our race prematurely. I limped into the pits where the team tried everything they could to get the car going again, but I guess it wasn’t meant to be.

The new aero package on the 458 is really effective and turning heads in the paddock. We just want to show what it can do over the course of an entire race! 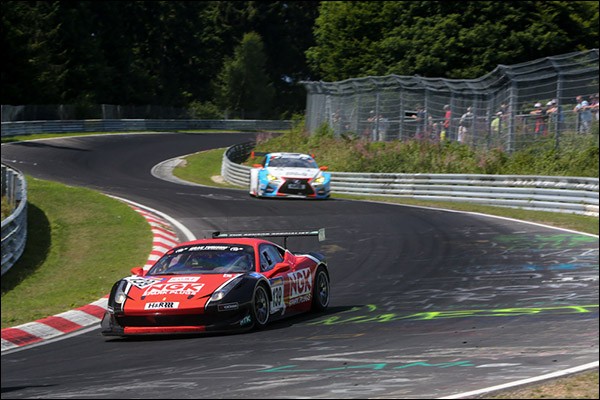 The Red Bull Ring as a circuit is so hard to nail. Myself, Sam (Tordoff) and our manager Tim Sugden spent a lot of time running through lots of detail in every corner. It helped having Strakka and World Series by Renault there as it was good to see what they were doing on their Friday test. I worked with Strakka’s guys Tio (Ellinas) and Gustav (Malja), exchanging tips and tricks. 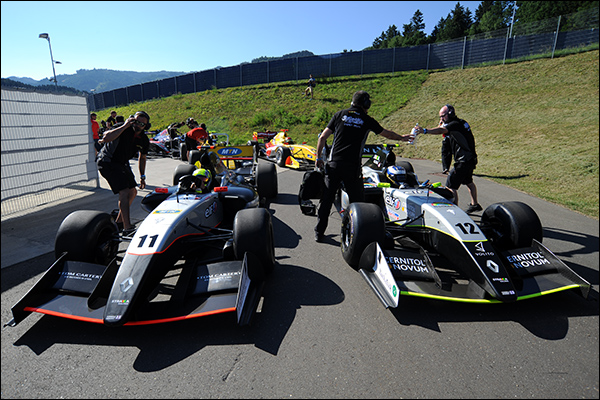 As a team we worked very hard – probably more than usual – for Red Bull Ring, as the margins between the cars seemed even smaller there. The pace in GTE was so approximately two and a half tenths in the top five cars; so it was extremely close all weekend!

After a successful run in practice and qualifying we led and were in the top three for the majority of the first three hours. Rob (Smith) managed a brilliant stint and the tone in the garage was awesome. We were delighted with his performance all weekend, and in particular Sam’s after his first stint.

When I was in the car I had a great time, battling the likes of Raffaele Giammaria for almost an entire stint and really finding a rhythm on the low-grip surface.

But the safety car caught us out again, unlucky timing and a pit-speed infringement penalty affected the rest of the race for us. It was then too late for Sam in the last stint of the race to better our position so we finished sixth. 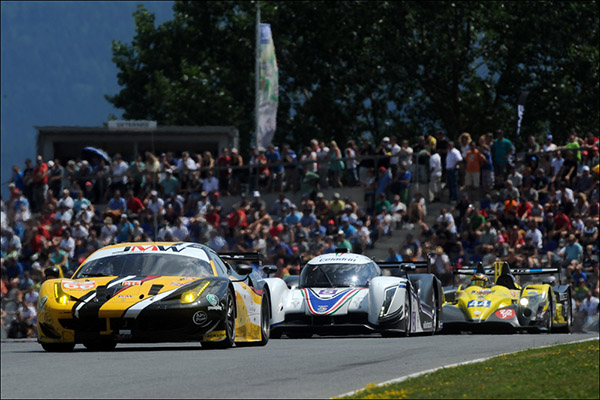 After so much preparation for this race it was a blow to all of us at JMW. The team’s success goes way back before I arrived and it’s easy to forget Imola and RBR are the only podiums we missed out on since April last year! Not finishing in the top three was sobering to say the least.

I was happy with the way we gelled as a team and we are in a good place for the remainder of the season. The team are highly motivated to return to the top step very soon, so I won’t be surprised if we come out swinging at Paul Ricard and Estoril and finish the ELMS season on a high!

Sam unfortunately won’t be joining us for Paul Richard as his commitment to the BTCC clashes with it. A driver to replace him is yet to be decided, but we’re hoping for a worthy fill-in.

Before Ricard though, there’s a lot in store for me, two more VLN rounds, lots of simulator work With Strakka and three tests.