Eric Thompson, the first member of the Le Mans 24-Hours Drivers Hall of Fame, doyen of the English drivers having taken part in the event, died on Saturday 22nd August at the age of 95.

Eric Thompson was born on 4th November 1919, and he had his first outing in the Le Mans 24 Hours in 1949 at the wheel of an HRG entered by the “Lapin Blanc” team: he finished 8th in the first post-war race (here seen in the same car at the Paris 12 Hours race later in 1949). 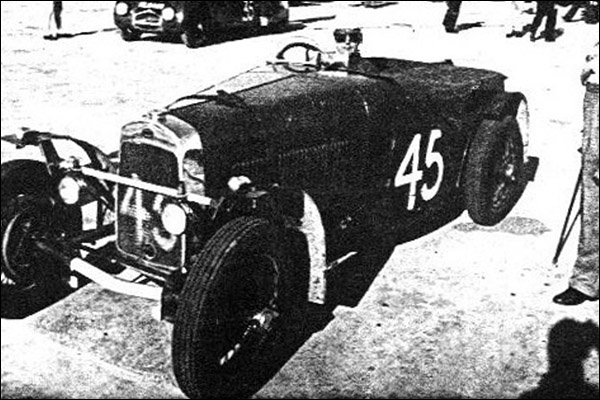 He then became an Aston Martin works driver, and he took part in the Sarthe classic on four occasions at the wheel of DB2s and DB3s coming home third and first in the 2/3-litre class in 1951 with Lance Macklin. His last two outings in the race were in 1954 and 1955 in a Lagonda and a Connaught respectively.

He was also an F1 driver and took part in one Formula 1 Grand Prix counting for the world championship (Great Britain in 1952 finishing fifth at the wheel of a Connaught), and four non-championship events.

Once he hung up his helmet he became an insurance broker and he then started a bookshop selling rare motoring literature.

On 13th April 2013 in the British Racing Drivers’ prestigious Clubhouse the day before the Silverstone 6 Hours, the first round of the 2013 FIA World Endurance Championship, Eric Thompson became the first driver inducted into the Le Mans 24-Hours Drivers Hall of Fame by Pierre Fillon, the ACO President, and Stuart Rolt, the BRDC Chairman. Several British drivers were present at the ceremony including Allan McNish, and Alex Brundle, aged 24 at the time and youngest driver entered in the world championship and the 2013 Le Mans 24 Hours, who was asked to help Eric to put on the prestigious blazer which is the distinguishing mark of this elite. 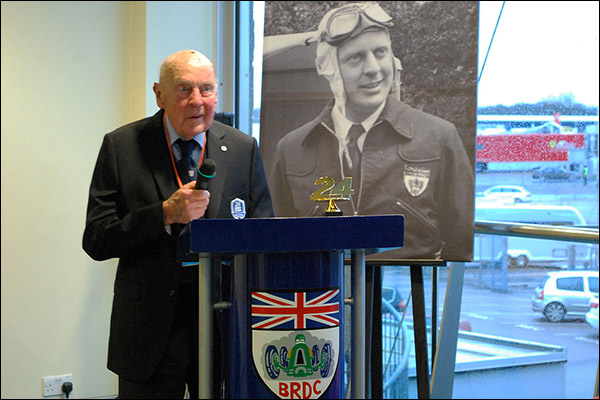 Pierre Fillon, Automobile Club de l’Ouest President: “It’s very sad to learn of Eric Thompson’s death as he left his mark on English motor sport and on the Le Mans 24 Hours. He was very moved when he was inducted into the Hall of Fame by the praise heaped upon him by the British drivers present at this ceremony. With a touch of English humour he paid homage to the British medical services which had allowed him to live long enough to be with us that evening. The Automobile Club de l’Ouest was honoured that in April 2013 he accepted to become one of the ambassadors of the Le Mans 24 Hours. In the name of the ACO and all its collaborators I would like to present my sincerest condolences to Eric’s family and his nearest and dearest.”