Benoit Tréluyer put Audi’s #7 R18 on top again at the Nürburgring in Free Practice 2, after setting a 1:37.862 in the final minutes of the session to push the two Porsche 919s to second and third on the screens. This came after the pace-setting car was reported as stopped out on track during the first 30 minutes. 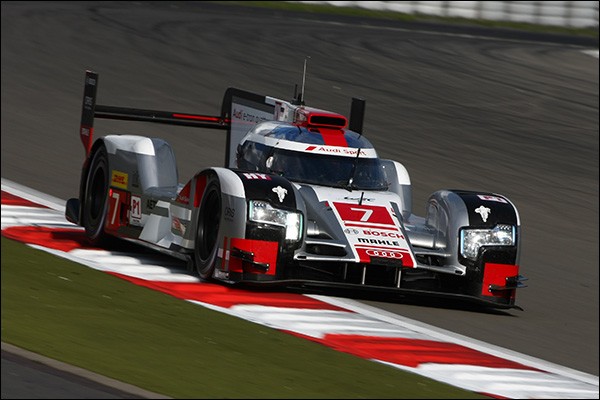 The times throughout the session were an improvement over FP1, with the track completely dry for the duration.

Toyota were still a distant fifth and sixth overall, almost three seconds off the pace.

“It’s going to be difficult,” said Sebastien Buemi. “But we’ll grab any chance that comes our way. All our efforts are focused on the 2016 car now.”

And all three LMP1-L entries managed times quicker than the P2 runners in this session.

Sam Bird was rapid in the #26 G-Drive Ligier, setting an early time of 1:47.989 before later improving to a 1:46.299 to top LMP2. The team’s #28 went second quickest, but was over a second back. Third in the class was once again the Strakka Racing Gibson; the team continuing to impress with its ‘new’ chassis. 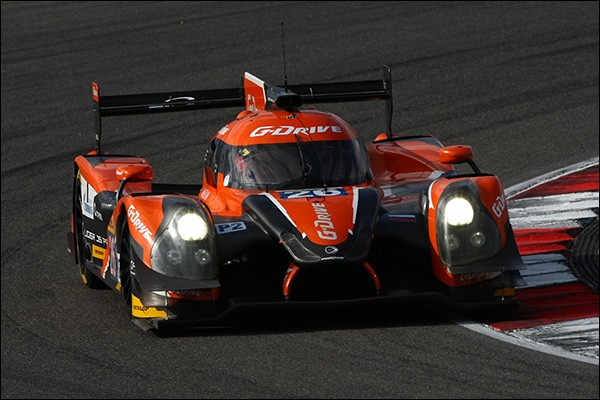 In GTE, an Aston Martin was surprisingly the quickest of the cars in Pro. The #99 of Fernando Rees, Alex MacDowall and Richie Stanaway lead the charge for the British marque with a best time of 1:54.869 set by Stanaway. The New Zealander’s lap was just under a tenth quicker than the best managed by the #51 AF Corse Ferrari, which finished up second.

DSC went down to the garage to find out some more about the BoP changes which have impacted the performance of the Vantage this weekend:

“It’s a real difference, five tenths a lap, and over the course of six hours that’s massive. I mean, we weren’t even quickest in a straight line at Le Mans. It’s bad for us when climbing the hill on the back straight,” explained MacDowall. “Our only hope is to fight for best of the rest behind the Ferraris. A lot will depend on double stinting tyres, as we might be able to but we aren’t sure about everyone else.” 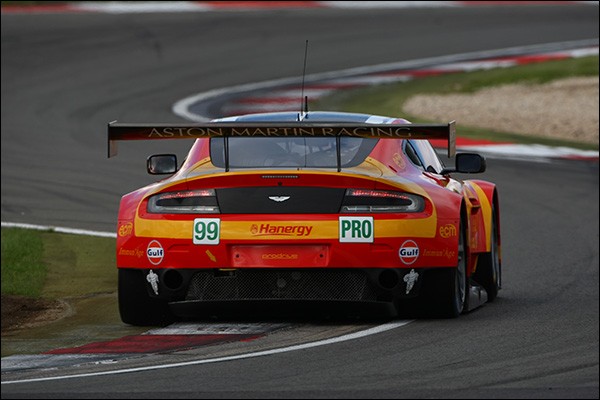 Third in GTE Pro was eventually the #97 Aston Martin, three tenths off the #99 with a 1:55.134. Further down the order, meanwhile, were the two Manthey Porsches in fifth and sixth. The #92, which set the fewest laps of the runners in Pro and ended up the slower of the two, had a few niggles. 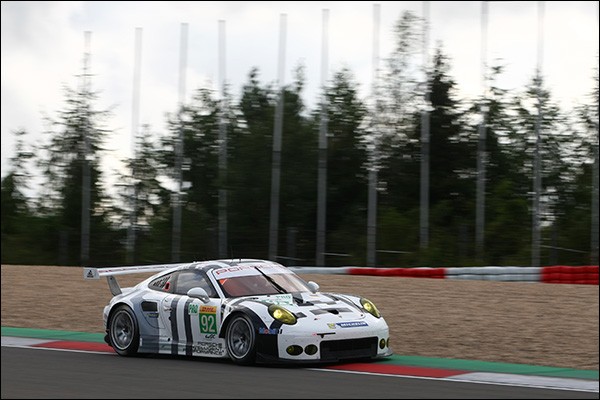 “There’s an engine issue with the car, they’re investigating now,” said Fred Mako to DSC towards the end of the session. “The engineers saw something on the telemetry they didn’t like. The weight reduction for this round will help us a bit, but we’re still going to struggle. The track conditions don’t suit us at the moment and we need more grip.” 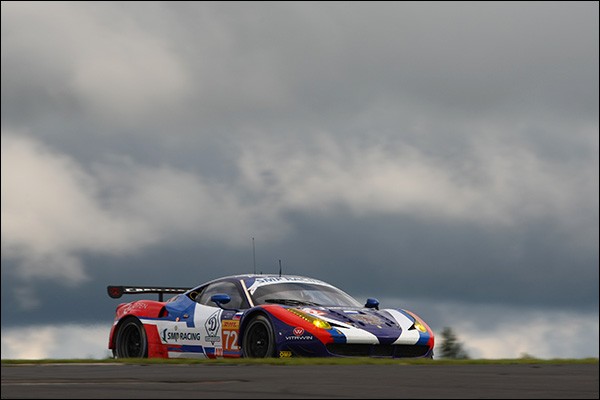 Second was the #98 Aston Martin, ahead of the third placed Larbre Corvette. Driver Kristian Poulsen is happy with the progress of the C7 and the ability of the French team this season. “The car feels very good here, especially in the wet,” he told DSC. “It’s a nice track to drive, and it’s actually the closest circuit on the calendar to my house in Denmark!

“The team do find it a challenge, because we have a new car and therefore we have no data for the circuits, so it can be difficult at first. In terms of BoP, I think the class will be a lot more even and fair now – the Astons were so quick before.”

There were no major incidents for the duration of the session, though the #8 Audi came back to the pitlane with a missing rear wing at the end.

Marco Seefried, #77 Dempsey-Proton Porsche: “I haven’t had much of a summer break at all actually, except a two-week holiday in Denmark. I did the four-hour Oldtimer Grand Prix here in an old 911S 2.4 with a 2.5-litre upgrade, that was quite fun. I’m also going to the Rennsport meeting after the COTA round, so I’m really busy! Patrick is on a high at the moment, he’s tested here and his race pace in the Carrera Cup at Spa was very good. He also has experience of COTA and Bahrain, so it’s just Fuji and Shanghai that’ll be the new to him.”

Stefan Mucke, #97 Aston Martin: “The EoT change shouldn’t affect us too much due to the short straights here, but it’s still going to be a tough weekend. We’re aiming for points, or maybe a podium.”

Andrea Bertolini, #72 SMP Ferrari: “It’s nice to have been so consistent and been on the podium at every round so far, including the win at Le Mans. We hope to keep that up. Aleksey and Victor have tested here, so they’re comfortable. The bronze drivers’ pace is important at Le Mans, but it’s absolutely crucial in the six-hour races. Aleksey in particular is at a high level right now.”

Marc Lieb, #18 Porsche: “The new aero is a big change. The whole team is pumped up after the success at Le Mans and there’s been a good step on the car since that race. Temperatures on tyre wear on Sunday are still a question mark, though.”

Marcel Fassler, #7 Audi: “We’re closer to our Spa aero package here than our Le Mans one. It looks similar to the Le Mans one, but there are some changes.”