The Britcar family of championships will have a new company in the form of Hedley Cowell Events Ltd are set to take over responsibility from James Tucker for the Britcar ‘family of Championships at the end of the 2015 season. 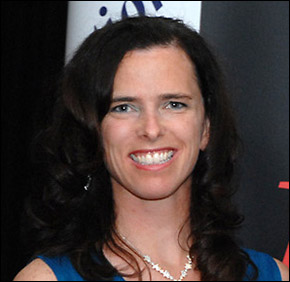 Hedley Cowell Events Ltd is led by Claire Hedley, a familiar face around the Britcar paddock after 13 season’s experience as Britcar’s Head of Operations.

Claire began her professional motorsports career instructing at many circuits around the UK before moving onto Event Management supporting Thoroughbred Grand Prix and the BRSCC..

“I have very much enjoyed being involved with the rise of the championship and I’m very passionate about getting Britcar back on track for 2016 onwards.”

“I’m really pleased to have confirmed the deal,” said Claire. “We can now start building the organisation and race series for next year. At this point in the season teams and drivers are already starting to form their plans for 2016, so we have to work to make the Britcar series an attractive place to race especially with support from Dunlop Motorsport UK for the next 3 years”

She continued: “Britcar is an established name in British racing thanks to James [Tucker]. Next year we hope to work up from the foundations he has built over the last decade as Chairman of the company.”

The remaining races of the championships’ 2015 campaigns are unaffected. Control officially changes in late November, with Claire Hedley remaining as event manager at Britcar for the remaining rounds of the 2015 season which has seen grids dip to very low levels

James Tucker: “After many years of working with Claire I am sure she will do a great job and I wish her every success in the future”.
Details of the series for next season will be confirmed in the remaining months of this year as teams and drivers begin to finalise their own plans for next year’s racing season.

For more information please contact Claire directly by email at Claire@britcar-endurance.com or by phone at 01420 257 194.