A fresh face to the ELMS paddock this weekend is Scottish Rory Butcher. The Oman Racing Team Aston Martin British GT driver, who sits third in that particular championship, joins Robert Smith and Johnny Cocker in the JMW Ferrari 458 Italia this weekend. 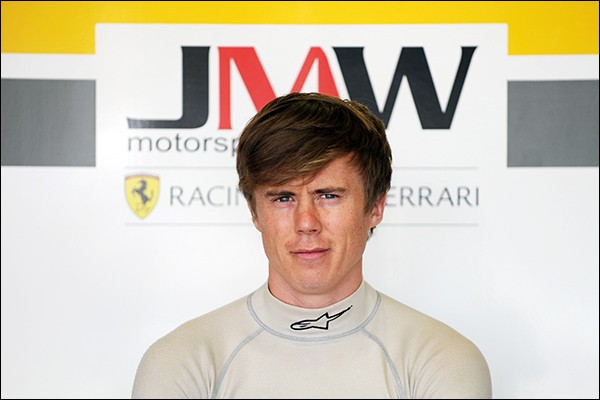 28 year old Butcher tested for JMW at Snetterton in August and was just about to get his first laps of the Ferrari at Ricard when we caught up with him this morning.

“There was always going to be a clash for Sam (Tordoff) at this event as he’s away in Touring Cars at Rockingham,” confirmed Butcher. “The team approached me earlier in the year and we just kept in touch and eventually we tested at Snetterton at the beginning of August and I did a couple of runs. We plans only got confirmed last week but it was a really nice surprise and I’m thankful for the opportunity.” 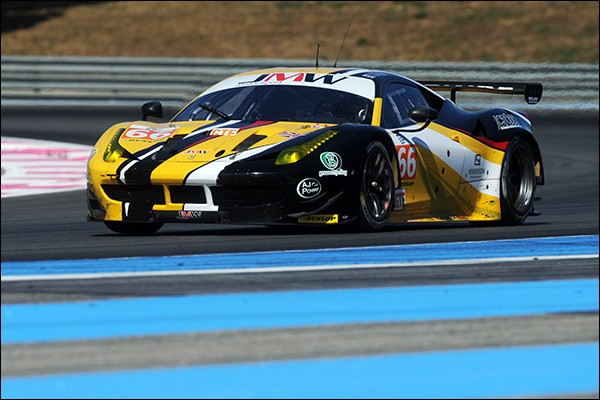 Butcher has already tasted GT racing on the international stage after competing at the Daytona 24 Hours earlier this year in a GB Autosport entered GTD class Porsche 911. The native of Kirkcaldy is now relishing the chance to show his mettle on the European stage with a view to more events in 2016.

“I’m look forward to working with the team and also Rob (Smith) and Johnny (Cocker),” said Butcher. “Johnny has bags of experience which I am sure will help both Rob and myself, particularly at a fairly complex track like Ricard and also with how to get the best out of the Dunlop tyres. I just want to get my name out there as much as I can and show what I can do on this kind of platform. Hopefully there will be more to come.”