Bright sunshine and a brisk cool Mistral breeze this morning at Paul Ricard greeted the 27 cars on the ELMS grid, Ibanez Racing are a confirmed withdrawal.

Confirmed visually this morning is the fact, suggested here as a possibility/probability yesterday, that the AF Racing BR01s are racing this weekend on Dunlops. 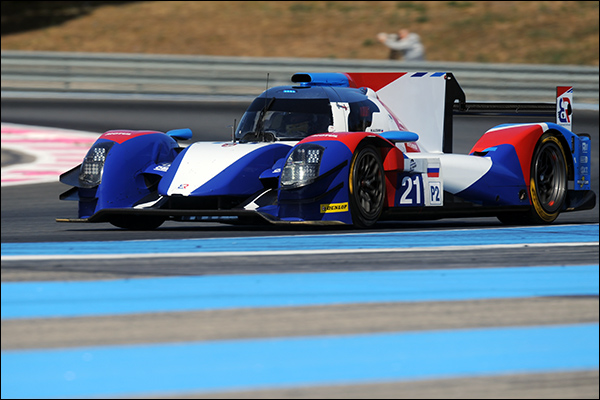 This would not have been possible under the SMP Racing banner with Goodyear Dunlop legally constrained from doing business with an entity in the ownership of Boris Rotenberg, a named exclusion in the ongoing US Trade sanctions around the Ukranian crisis.

There’s a new look at Team LNT with the #2 Ginetta Nissan (now known internally at Ginetta as the G57) in full orange and black Ginetta livery, this the car that took the overall win at Paul Ricard last weekend for Mike Simpson and Lawrence Tomlinson in the latest VdeV outing. This is actually the car that has raced thus far this season as the #3 car but the LNT chassis have now been swapped. 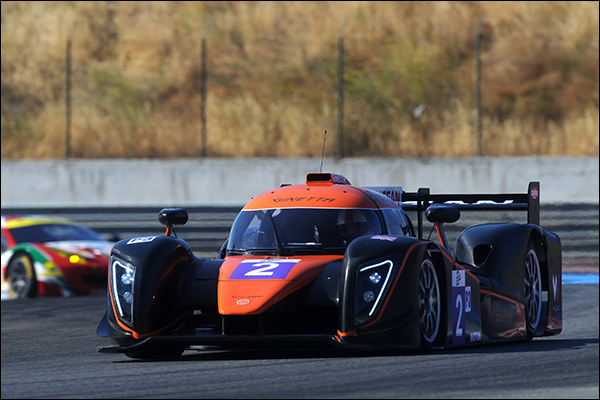 The Ginetta has seen significant changes since the Red Bull Ring, the car now within the weight limit for the first time and sporting revised bodywork too which DSC saw the team testing recently at Silverstone, the car producing lap times significantly better than the fastest race laps in the ELMS season opener earlier this year.

Two more changes from the line-ups on the provisional entry see a corrected line-up for the #40 Krohn Racing car, Nic Jonsson joins Messrs Pla and Krohn, Ozz Negri will not drive here.

The other change is at Eurasia where the #33 car reverts to a 2 driver line-up, Richard Bradley and Silver ranked Nico Pieter de Bruijn for this one with regular pilot Pu Jun Jin not present this weekend. “He genuinely has business commitments,” said team Principal Mark Goddard. “He’ll be back for Estoril and is working to secure the funding to guarantee our 2016 plans.”

Jota Sport look as well drilled as usual, the team confirming this week the addition of an Oreca 05 Nissan for a full 2016 FIA WEC programme. More news to come in due course on that effort but the only driver news for the moment from Jota is the confirmation that Simon Dolan will contest the ELMS in the team’s Gibson Nissan and not the WEC. 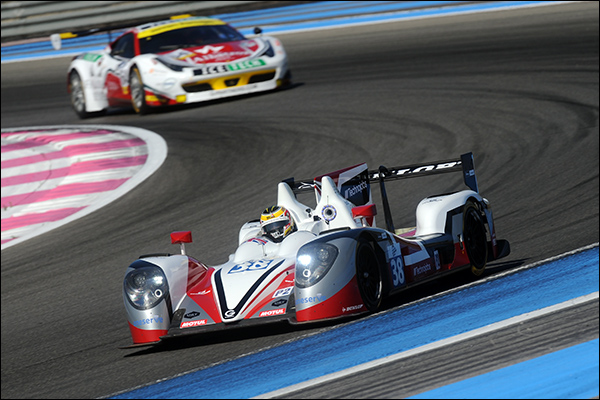 2011 Le Mans LMP2 winner Olivier Lombard is in the paddock here today and tells DSC that he will be back in the ELMS next year in LMP2 with a team not contesting the 2015 Series!

Dunlop’s drive to develop their 2016 GTE tyres takes another step forward here today with a lengthy test session on track featuring one Ferrari (the #66 JMW 458) and one Porsche (The #88 Proton 911 RSR).