Jota Sport took a third consecutive pole position this morning at Paul Ricard, with Harry Tincknell solidifying his reputation as the qualifying benchmark once again with a supreme performance.

Tincknell set a best lap of 1m46.917 after a blistering lap in the Gibson 015S-Nissan, but faced a nervous wait after the No.21 AF Racing BR01 driven by Mikhail Aleshin threatened to usurp him in the dying moments. However, slight nerves continued after a message from race control stated that two of Tincknell’s laps, including the pole time were under investigation by the Race Director. 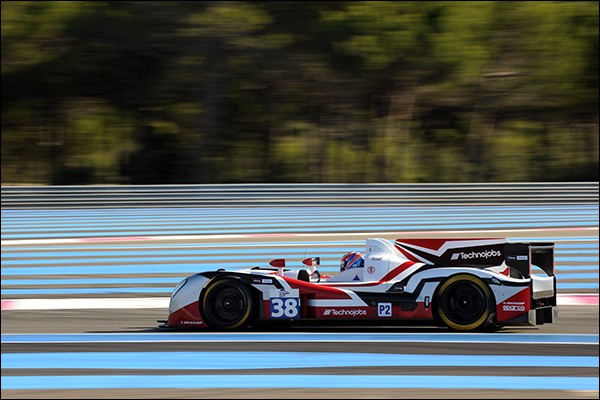 “This is probably the Gibson’s toughest track of the season, low-downforce tracks generally don’t play to your strengths as much as the higher-downforce tracks, so to get the extra point for pole is vital for the championship and obviously the best place to start this afternoon”, surmised Tincknell after the session.

The increased pace of the BR01 was there for all to see during the 20-minute session, but Aleshin was unable match his searing sector one and sector two times with the final portion of the lap, and fell short by 0.5s. He will start third, behind the sister BR01, which was qualified by Nicolas Minassian today. The French veteran rolled back the years with a fine lap and was just 0.148s shy of Tincknell’s pole.

Completing the second row of the grid was Jota Sport’s title rivals Thiriet by TDS. Tristan Gommendy went out earlier than most in the Oreca 05-Nissan and was not able to stitch together the expected out and out quick lap. The team appear to have opted for surprising a higher downforce set-up on the Oreca LMP2 coupe in the qualifying session.

A noteworthy fifth on the grid was Leo Roussel in the Miami-blue Pegasus Morgan-Nissan. The young French racer is building upon a growing reputation this season and a fine 1m48.074s  at his home track was a fine effort.

Last season Nathanael Berthon took a fine pole here, but a year on the Murphy Protoype Oreca 03R will start from sixth. The Irish team has an excellent record in the South of France, after winning with Brendon Hartley and Jonathan Hirschi in 2013, but a follow up victory is likely to require the misfortune of others this afternoon. 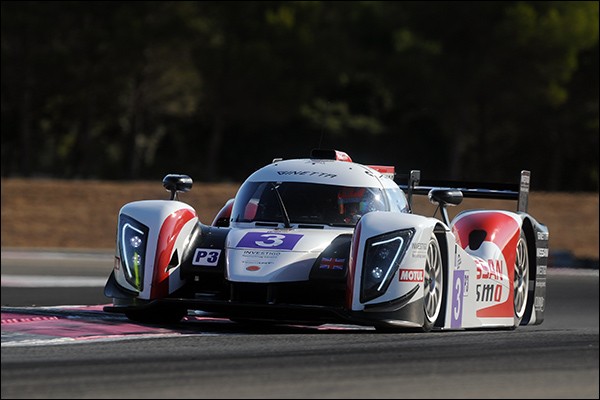 Team LNT continued to ward off the opposition in the LMP3 class with the No.3 Ginetta-Nissan claiming pole position with Charlie Robertson clinching his third pole of the season with a 1m55.431s lap. The impressive youngster had to beat an early time by Michael Simpson in the No.2 LNT Ginetta-Nissan, but his task was made somewhat easier when Simpson stopped on the track halfway through the session.

“Yesterday was a constructive day and we worked on set-up changes and then we reverted to what we had at the start of the day,” said Robertson. “I knew I had that time in myself and in the car. Mike and Gaetan (Paletou) were looking really strong as well, so we knew it was going to be the toughest qualifying of the year.” 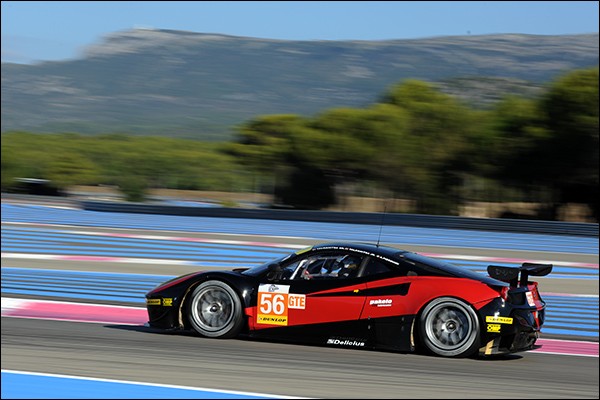 Alessandro Pier Guidi claimed a conclusive pole LMGTE class for the No.56 AT Racing team in a typically close session which saw the Italian claim top spot with a 1m55.782s laps. The session was dominated again by the Ferrari 458 Italia brigade and the Prancing Horse locked out the first three positions. Pier Guidi was even able to indulge in a spin on his in-lap, but still added a Ricard pole to his Imola top-spot in May.

Pier Guidi could not be headed despite the best efforts of countryman and rival Andrea Bertolini in the No.51 Ferrari 458 Italia. The two were separated by just 0.036s of a second. Indeed, the top six were covered by just 0.7s, pointing toward a riveting race this afternoon.

“This morning, with less wind, we had to modify some aspects of the car,” said Pier Guidi. “It was a tough battle with Bertolini but it was all ok. It was not the perfect lap with a small mistake and some traffic but it was enough for pole and I am happy for the team who did a great job.”

Third in class was Mikkel Mac in the title leading Formula Racing Ferrari 458 Italia. sharing the second row in LMGTE and the only serious contender to the Ferrari ranks was Adam Carroll who set a trademark spectacularly committed lap of 1m56.207s in the Gulf UK Porsche 911 RSR. 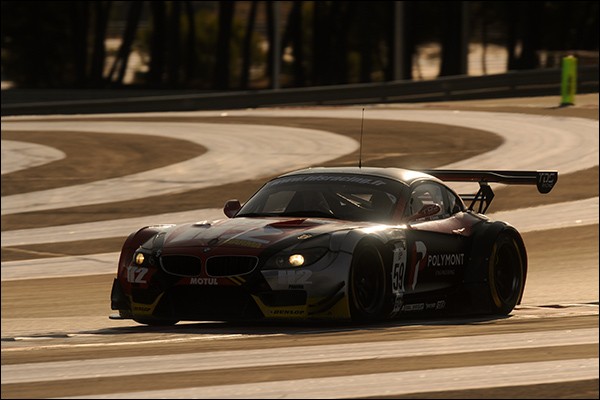 GTC saw Franck Perera use all his local knowledge to the full with a fine lap of 1m58.396 in the TDS Racing BMW Z4. It was the team’s second pole position after they also started from the front at Silverstone back in April.

Perera was just 0.046 ahead of 62 AF Corse Ferrari driven by Francesco Castellacci. Perera and his team mates Eric Dermont and Dino Lunardi lead the Castellacci, Flohr and Hall trio by just five points.

“We ran new tyres but I think the others were on old tyres,” confirmed Perera after the session. “There was some traffic but the car was good. We lose a lot in the straight in sector two but in sector one and sector three we are good. The one point is good for the championship of course.”

Third in class was the No.63 AF Corse Ferrari driven by Marco Cioci, and the sister No.64 qualified by Mads Radsmussen will start alongside on the second row of the grid.

The penultimate round of the ELMS is scheduled to start at 13.00 local time.