Benny Simonsen is a late replacement for Roald Goethe in the ROFGO backed #96 LMGTE Am Aston Martin for this weekend’s 6 Hours of the Circuit of the Americas marking the Bronze ranked Dane’s first appearance in the FIA World Endurance Championship since a 2012 appearance in the JWA Avila Porsche. 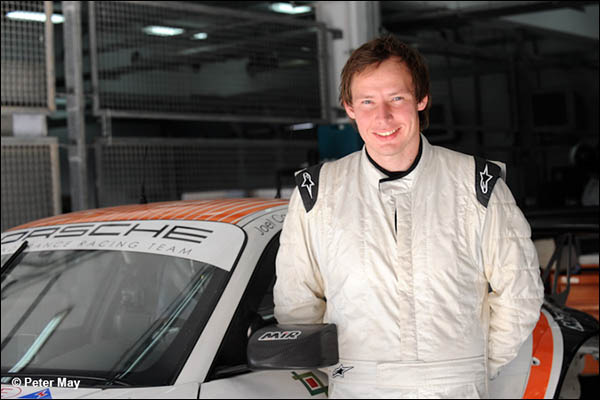 Simonsen got the call after a last minute business commitment prevented Roald Goethe from making the trip to the USA.

Benny will join regular pairing Stuart Hall and Francesco Castellacci in Texas at a track where Aston Martin has a 100% FIA WEC winning record in both GTE classes with Stuart Hall already a part of that winning history after taking the win in GTE Am alongside Jamie Campbell Walter on the way to the 2013 WEC class title.

Simonsen was on standby to replace Goethe post Le Mans as the German Gentleman driver recovered from the injuries incurred in a heavy accident during the 24 Hours.

Benny is, of course, the younger brother of the late Allan Simonsen, and has competed in the Bathurst 12 Hours and Spa 24 Hours this year putting in very creditable drives in both to score a class win in Belgium with Team Parker’s Audi, and a second in class at Bathurst in the Vicious Rumour 458 alongside his regular British GT Championship campaign with Hector Lester in the Rosso Verde Ferrari.

DSC caught up with Benny as he left the simulator at Gulf Racing UK’s Milton Keynes base to do some track familiarisation work:

“Obviously I’m delighted. I was told on Saturday and it’s been a busy time since then getting everything sorted out”.

“Any drive in the WEC is massive but to get the chance to join Aston Martin is huge, one of the biggest and most historic names in the sport. I hope I can live up to the trust they’ve placed in me”.

“And, of course there’s the emotion attached to this one. I’m sure Allan is sitting up there now with a great big smile on his face.”

We’re sure he is too!