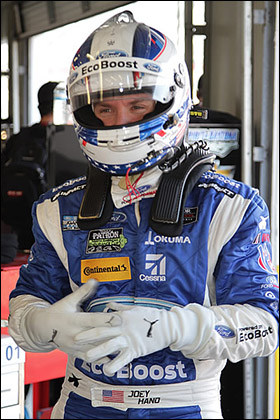 Joey Hand is right now caught between the present and the future. The assumed future factory Ford GT driver is still working on developing the Riley Ford Eco-Boost Prototype, while finally getting some time to sample what will be his new ride starting next season.

As far as the present, things could be better, but they could be worse too. “As we saw at Road America, we can be pretty close as far as a lap time. We came off the truck pretty strong there and showed that we can be competitive, unfortunately the turbo issue prevented us from competing for the win. Against the Corvettes, we’re struggling with aero. All the aero on the Riley is generated by external bits. The Corvettes opted to upgrade their package for this season and more aero is generated under the car, while we stayed put.”

“Our problem right now is that we can be very strong in clean air. If we qualify up front and take the lead, we can be strong, but if we’re in traffic we lose that aero. We can’t compete in traffic without that downforce.”

This is not Joey complaining, it is simply him stating what is happening in the current state of racing. The art of performance balancing rules the sport now. It is what it is and there likely isn’t any going back away from it. 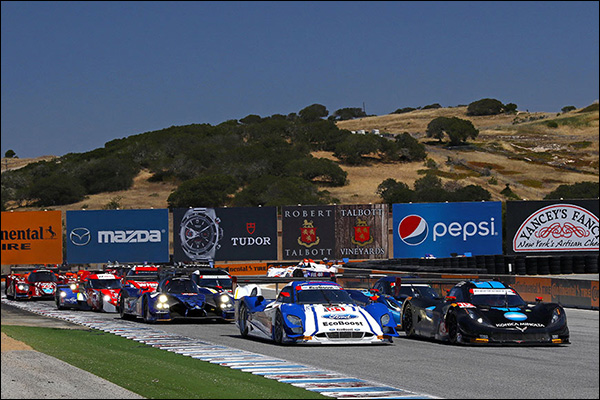 Which brings up the future, as in the Ford GT. Recently at a Multimatic test at Sebring, Joey got his first chance to experience his future. “I got about 3 stints in the car. I simply arrived and jumped into the car. No seat fitting or anything, just get in and drive. I’ve got to say that the car felt pretty good. It was a very positive first impression of the car. You can know getting into a car the first time whether it is going to be any good, and I came away quite impressed. It was odd for me though, I’ve never driven any other GT cars than BMWs, so this was a new experience for me.” 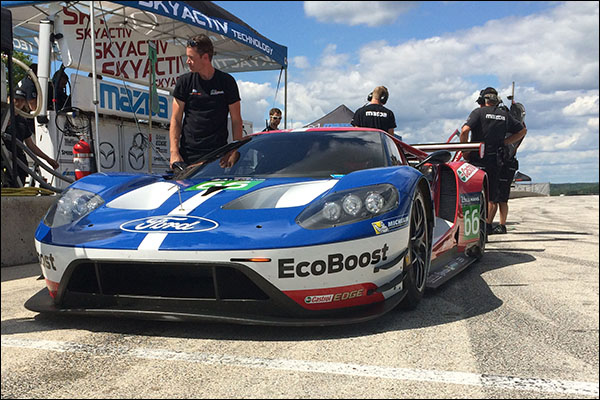 “To be honest, in many ways the Ford GT reminds me more of a softer prototype than any GT car I’ve driven. The Ford GT shares the same mid-engined layout as a prototype and even in my current case carries the same basic engine package.”

The future is coming quickly for Joey, after COTA there is only one race left in the season. That is Petit. After that, he expects to be very busy working on the future, as the team expects to be getting their GT sometime in October.