Practice session one for the TUDOR series race at COTA kicked off under quite warm conditions, with even more warmer conditions to be coming. It’s gonna be a hot one here in Texas.

The times for the morning session was topped by the Michael Shank Honda Ligier courtesy of a fast lap 2:00.205) laid down by Ozz Negri with 45 minutes left in the hour session. Up until that point, it was the Corvettes from the Action Express stable that dominated the top spot but settled for 2nd and 3rd overall. 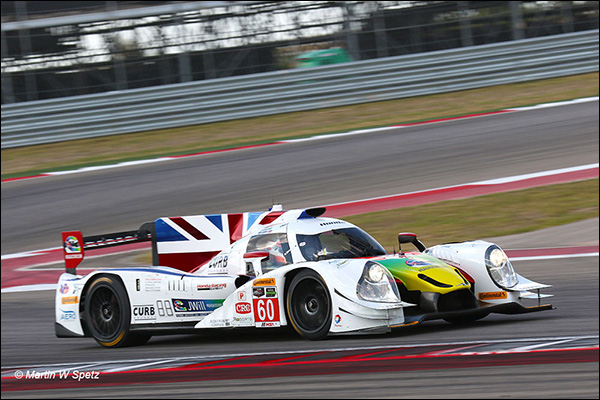 It was Prototypes that took the top 5 spots, with Spirit of Daytona followed by the Ganassi Ford rounding out that top 5. The Ford was .590 seconds off the top spot.

Spots 6 and 7 ended up filled by PC entries with Starworks and CORE. Early on, RSR was the class leader with Bruno Junqueira driving. Uncharacteristically, WTR was behind the top 2 PC entrties, almost a full second and a half off the pace. 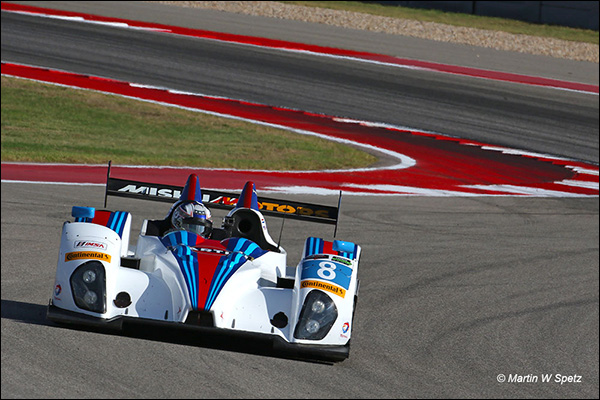 GTLM looks to be business as usual. The Porsches are to the fore, even with the additional 20 kg added. Once the times had settled into representative times, it was all Porsche, with Earl Bamber setting the pace in the 912, with the 911 another .25 seconds back. 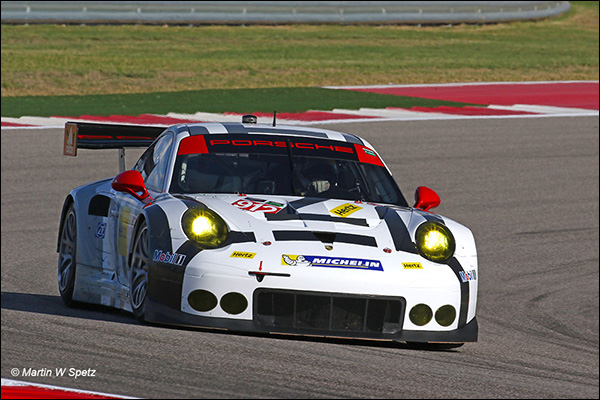 Next up in the class was the BMWs, this time the 25 over the 24, over .5 seconds off the pace. This was followed by the Corvettes, with the best of the pair (the No. 3) a second back. Surprisingly the Risi Ferrari way off the pace in this session, falling in just ahead of the GTD entries.

Such was the domination on track of the Porsches that on the out lap, Jan Magnussen was struggling with grip on the slick track, he reported that a Porsche blew by him on the outside of a corner, off the normal line.

As far as GTD, it appears as if the balance adjustment did indeed help the Vipers, as it was the Keating/Bleekemolen Viper heading the GTD times, followed by the Paul Miller Racing Audi. Bleekemolen set his fast time 11 minutes into the session. 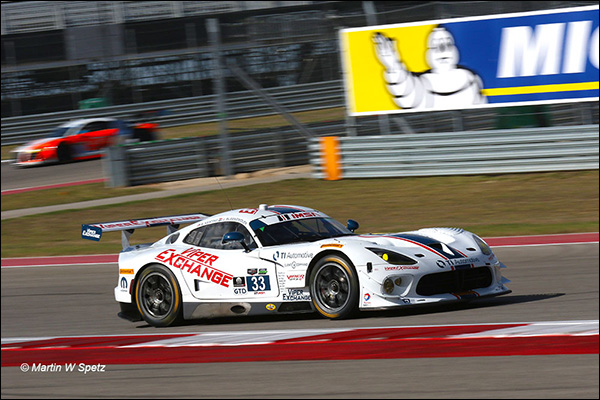 38 cars made it on track, but the 45 Lizard Audi failed to set a time, it was in and out of the pits multiple times.

Missing from the entry list now are the Starworks Prototype as well as the Wright Motorsports GTD Porsche.