Hubert Haupt put the #21 Black Falcon Mercedes SLS at the top of the timesheets in Pre-Qualifying for Sunday’s Blancpain Endurance Series Nurburgring finale. 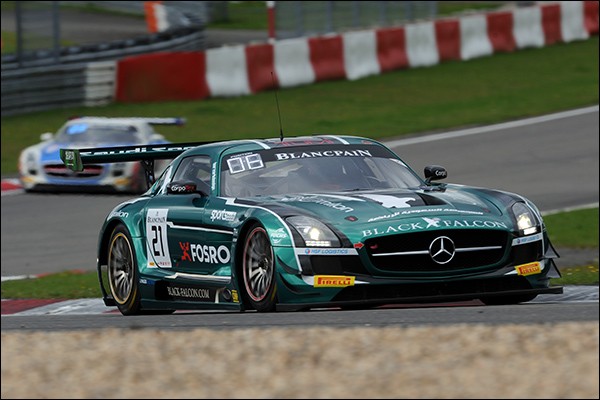 The two Grasser Lamborghinis were fifth and sixth quickest, ahead of Enzo Guibbert in the #41 Sport Garage Ferrari, who was the fastest Pro-Am runner. Fastest Am Cup entrant was the #16 AKKA-ASP Ferrari. 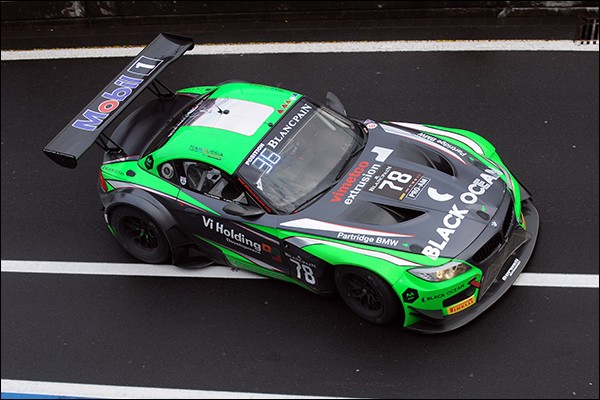 The session was cut almost 20 minutes short following an incident between Leo Machitski in the Team Russia by Barwell BMW and Matt Griffin in the #51 AF Corse Ferrari. Griffin overhauled the BMW on the main straight, but under braking Machitski hit the Ferrari from behind as he went to tuck in behind it, sending the Irishman spinning into a heavy impact with the turn-one barriers. He was shaken but unhurt. 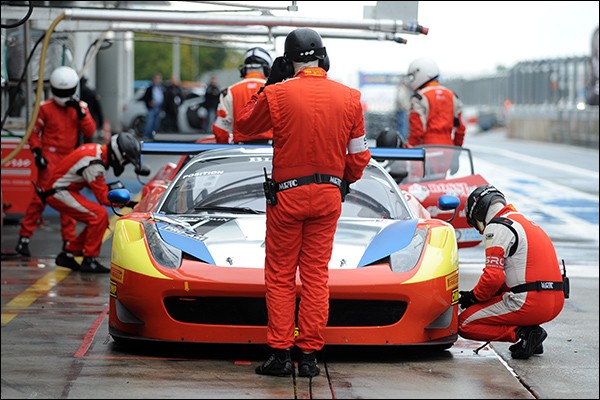 It’s not yet clear whether Griffin and Cameron’s Ferrari will make the race, although AF Corse has a spare chassis on-site.