It was quite a clean first hour for the WEC race at COTA. Under extremely warm conditions, the race kicked off. Early on the No. 1 Toyota moved into 4th place, by symmetry to the charts returned and excepting pit stops, the running order was: 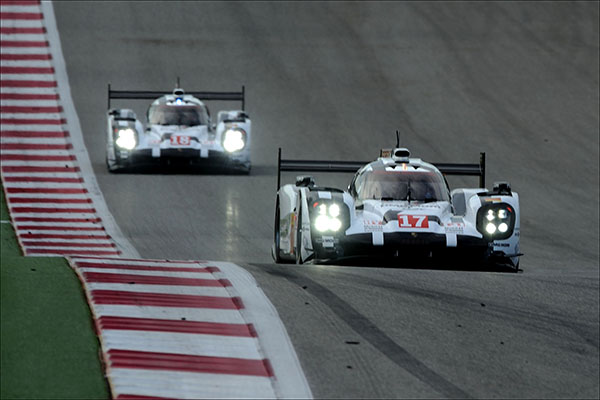 Most of the action occurred in LMP2, where just before the pit stops, 45 minutes into the race, Nicolas Lapierre moved from the back of the grid and into second in class. When the stops settled out, they moved back to 3rd in class. A pleasant surprise was Ryan Dalziel for ESM, who moved from his third starting spot to 2nd on lap 7, only to be dropped back to 3rd with the progress of Lapeirre in the KCMP Oreca Nissan.

ESM opted to double stint the Dunlops on their Ligier HPD and the quick 59 second stop allowed Dalziel to take the class lead into the end of the first hour.

In GT, Pat Long in the Dempsey-Proton Porsche started a climb into the Pro ranked cars, but eventually dropped back, but continued to lead in Am. 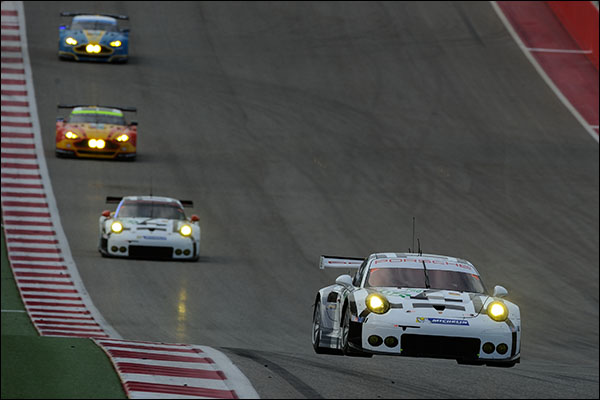 Early on, the 13 Rebellion was troubled and was pulled into the garage and apparently was retired.