This article first featured on Racer.com

Juan Pablo Montoya says his trip to talk with the factory Porsche LMP1 team at Circuit of The Americas was highly motivating. 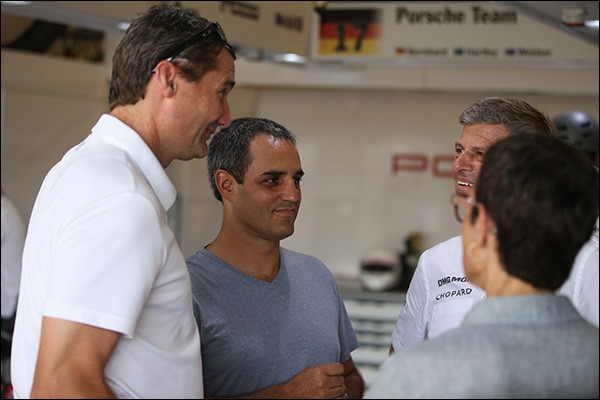 “The cars were unbelievable; they truly were,” Montoya told Marshall. “Everybody’s talking about [how] we need canopies on open-wheel cars; the P1s are like open-wheel cars with canopies and wheel covers. They’re so fast and so advanced. I’m really glad I went and saw them run up close.”

The two-time Indy 500 winner spent six years in Formula 1, and found the FIA World Endurance Championship experience to be similar to his days as a grand prix driver.

“Honestly, when I walked into the Porsche garage, it felt like I was in Formula 1,” he said. “At Porsche, It looked just like an F1 team, and you saw that everywhere on pit lane. A lot of the people I worked with at BMW in Formula 1 are with Porsche, and I even saw some of my old Williams mechanics who are with Toyota now. A lot of people I worked with in the past are in the WEC, so it felt very familiar.”

Montoya says it’s too early to discuss a formal test with the Porsche LMP1 team, but if his enthusiasm for the Le Mans-winning 919 Hybrid is an indicator, the 40-year-old Colombian will make sure it happens. 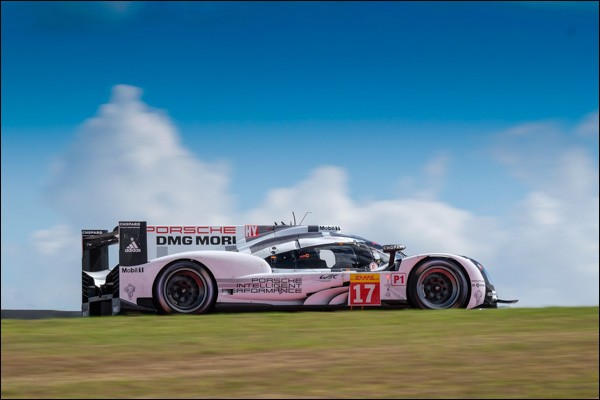 The trip to COTA also allowed Montoya to reconnect with some old friends, and the Team Penske driver fielded plenty of questions from Porsche about its former partners who represented the German brand in the American Le Mans Series.

“I’ve known [Porsche driver] Mark Webber for a long time before Formula 1, and it was cool to talk with some of the guys in the Porsche team who ran the cars before with Roger [Penske]” Montoya said.

“They were asking about Billy Vincent, who’s the car chief on Simon Pagenaud’s car; they were asking about Myron (Penske IndyCar team manager Jon ‘Myron’ Bouslog) and Tim Cindric and all the people from the Porsche ALMS days. And some of our guys were also there. It was just a cool atmosphere. I spent the day in the garage looking at the 919 and it’s so amazing. It’s not like anything you’ve ever seen.”

The relationship between the Tudor United SportsCar Championship and Pirelli World Challenge series could be headed towards a more positive state. The two leading North American sports car organizations have experienced a turbulent relationship in recent years, and with the recent change atop PWC’s leadership structure, a reconciliation of sorts took place last weekend at Circuit of The Americas.

IMSA president Scott Atherton and PWC interim CEO Greg Gill met during the Lone Star Le Mans event in Austin, where the IMSA Championship and FIA World Endurance Championship held their respective rounds, and according to the longtime leader of the American Le Mans Series, the meeting was productive.

“I had a great morning session with Greg; it was about an hour long, and it was two guys with a lot of common interests talking about a lot of recent history that’s been made, and what our expectations would be as we move forward,” said Atherton

“I first met Scott while working in the media side of the motorsports world, and it was a pleasure to re-engage with him earlier this year at Long Beach and again last week at COTA,” Gill added. “We share professional respect and a desire to grow the profile and importance of motorsports in this country.”

With the Tudor Championship making its mark with endurance races, and PWC known for its exciting sprint-race format, the two sports car series have well-defined and decidedly different products to offer their fans and competitors. As warring factions of the North American sports car scene, however, both series have looked at offering some form of racing that takes a page from the other’s playbook.

Under previous management, PWC stated its intention to hold shorter endurance races for entrants who own FIA GT3-spec cars, while IMSA, which is converting its GT Daytona class to full FIA GT3 specs next season, has looked at offering a select number of GT3 sprint races.

It’s entirely possible IMSA and PWC could go ahead with those plans, but with a more collegial relationship starting to grow among the series’ leaders, it wouldn’t be a surprise to see IMSA and PWC stick to their core products.

Although the full details of their meeting was kept private, it’s clear Gill has found an ally within IMSA.

“I’ve always had a lot of time for Greg, always thought very highly of him, and frankly, I hope that in the not too distant future, the ‘interim’ is removed from his title because I think he’d make a fine leader of that organization,” Atherton said.

PWC’s season closed on Sept. 13 in Monterey, while IMSA has one more round at Petit Le Mans on Oct. 3, to run before the books are closed on 2015.

Derrick Walker, the former president of competition for the Verizon IndyCar Series, says he’s open to filling a similar role with the Pirelli World Challenge series.

“The series asked me if I’d be a contractor to the series, so it was beneficial for me to go to the last race [at Mazda Raceway Laguna Seca] to look at what role I could help with,” Walker told Marshall Pruett. “I went as a fly on the wall to view their processes, and provided a report on what I saw. Over the weekend, there was a big shift in the management, and the owners then had a meeting with me to see if I had an interest in joining World Challenge. They’re showing me their long-term goals, showing me the business side, and helping me to understand where they’re trying to go.”

PWC appointed Greg Gill, its general manager, as its interim CEO after parting with Scott Bove. Walker, who resigned his post with IndyCar at the end of August, could be a valuable addition to PWC to lead technical director Marcus Haselgrove and the rest of the competition department. It’s also possible Walker could be courted as Bove’s permanent replacement.

“If talks continue, I would give them input on where I would direct the series,” Walker continued. “I’ve never professed to be the magic bullet, and that I would come with all answers if I were to fill a senior role. If I decide to do it, I would give it my best shot, and in some sense, it would be taking care of some unfinished business. I definitely feel as though I have more to give to a racing series.”

Along with his PWC discussions, Walker has been busy seeking sponsors, manufacturers, or customers to keep his Walker Racing sports car team involved in the sport. Walker’s successful relationship with Falken Tire comes to an end on Oct. 3 at Petit Le Mans, and whether it’s continuing in IMSA’s WeatherTech SportsCar Championship, or running a program in PWC, he’d like to keep Walker Racing on the grid while taking a series-based role. 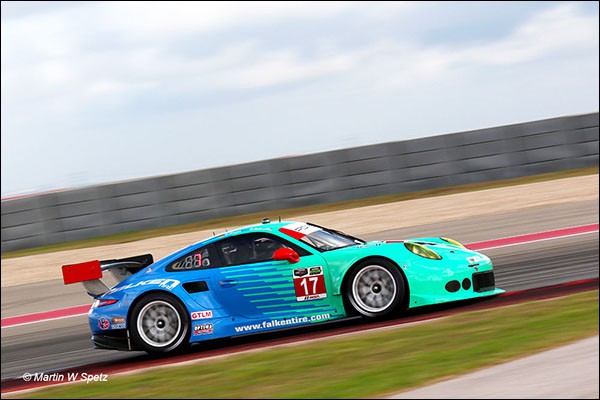 “The other thing worth noting is that I haven’t given up on my team,” Walker said. “I’ve had Phil Howard running the show for a while now, and he and the team have done an excellent job with the Falken Tire program. And with my recent responsibilities in IndyCar, we’ve found a good situation where Phil runs the team and that allows me to do work elsewhere; if I get the right deal set up with World Challenge, the team can run very well without me being there full-time, and as I’ve done the last two years, I’m there when I’m free and able.”