The latest announcement of an LMP3 effort sees the newly formed SPV Racing, a Spanish and Swedish alliance between SPV Motorsport and Spirit Racing acquire a pair of Ligier JS P3 for the LMP3 class of the European Le Mans Series (ELMS) in 2016 and 2017. 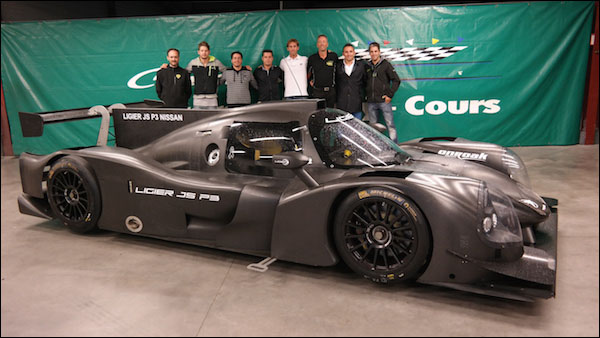 The team carried out their first tests in the car at Magny Cours on 16 September with a selection of Swedish and Spanish drivers. Sweden’s Fredrik Blomstedt, a British GT driver in 2015, was first out on the slightly damp club loop followed by Spanish drivers Borja Garcia, former test driver for Toyota and Williams F1, and Alan Sicart, Ferrari GT driver. 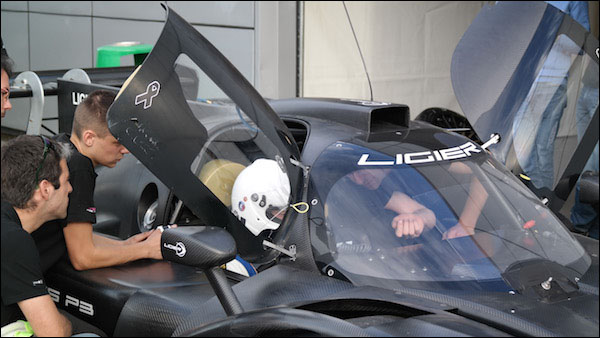 The team’s base is on the Costa del Sol, Malaga – Coin, in southern Spain, where a new base is being established close to the Ascari and Jerez Circuits. The team’s home track will however, be Circuito Mike G Guadix outside Granada.

Raul Garcia will act as the team’s technical director, who has in the past acted as chief mechanic at the Ascari facility and built up the SPV Motorsport operation to service and support race cars up to and including Formula 1. In 2015, SPV has supported a number of cars in various series including the 24-hour series in Europe at Imola, Spa, Nürburgring and Barcelona and will start the 2016 season with the Dubai 24 hours.

Raul Garcia, Technical Director, SPV Racing: “After visiting the Ligier factory in Magny Cours and receiving the feedback from our drivers, I can conclude that Ligier has built a light and fast car entirely in carbon fibre with a good balance between advanced technology and reliability with the Xtrac gearbox and Nissan’s 5-litre V8 engine with 420bhp creating a reliable package with good operational costs.”

Spirit Racing has a background in Endurance Racing, but in 2015 focused on competing in Karting with the Rübig Mega 650cc Kart in the Euro Trophy series, winning with Moa Dahlman even before the finals at Wackersdorf in Germany on October 10th.

Moa Dahlman who is 18 years old has a track record in Karting that is equal to her Swedish compatriot and Sauber F1 driver, Marcus Ericsson. Moa will get her first chance to test the Ligier JS P3 this winter when the team will give three promising young drivers an opportunity to work with experienced drivers and engineers on five occasions at three different tracks in southern Spain as part of the SPV Endurance Academy.

Lars GV Lindberg, Team Manager, SPV Racing: “We will take promising young drivers with us as well as experienced drivers on the trip to Le Mans and offer opportunities to develop as a driver and build a career in Endurance Racing.”

“Karting is a good way of getting started in racing and the Rübig powered GT kart with its 650cc 65bhp engine is an excellent way of preparing for endurance racing and having fun at the same time. We will be running a series of endurance karting races over the winter here in southern Spain in two classes, GT with the Rübig 650cc engine and a Super Production category with a tuned Honda 390cc engine.”