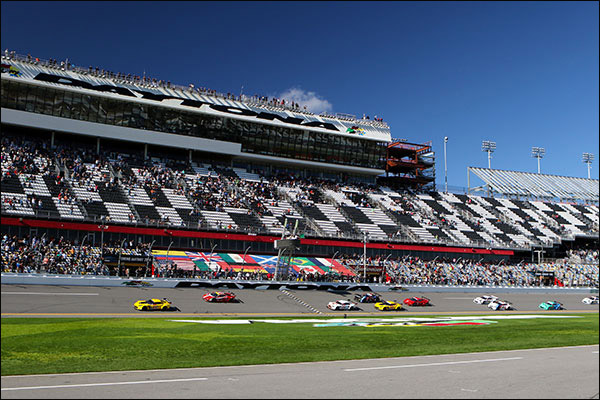 The test will be open to all competitors in the four WeatherTech Championship classes: Prototype (P), Prototype Challenge (PC), GT Le Mans (GTLM) and GT Daytona (GTD), as well as any and all currently homologated FIA GT3 cars. The GTD class will shift to full FIA GT3 technical regulations in 2016. The test, which is open to media but closed to the public, will provide a first glimpse of potential 2016 WeatherTech Championship race cars, teams and drivers.

Additionally, IMSA will provide credentials for all qualified drivers and one guest each to attend the test for networking opportunities with participating teams and manufacturers. For any drivers planning to drive at the test will be expected to secure their own opportunities with teams and must complete IMSA’s licensing procedure and be approved by Friday, Nov. 6. More information is available on the competitor’s section of IMSA.com.

“We expect the November test at Daytona to be a terrific opportunity for not only our long-time and regular competitors in the WeatherTech Championship, but also for any teams, drivers and manufacturers not currently competing in IMSA to get a comprehensive look at what our series has to offer,” said Simon Hodgson, IMSA managing director, racing operations. “Likewise, it gives our officials and staff a chance to get to know potential new competitors and new vehicles ahead of the ‘official’ start of the 2016 season at the Roar Before The Rolex 24 on Jan. 8-10.”

IMSA sources informed DSC at CoTA last weekend that the announcement of this test, previously an exclusive test for the new BMW M6, was imminent.