It’s an improved 18 car entry for the penultimate round of the Blancpain Sprint Series, the season completed with back to back events at Misano and Zandvoort, Misano next weekend and Zandvoort the following weekend.

By winning the last round at Portimao, Laurens Vanthoor and Robin Frijns took a serious option on the drivers’ title in the 2015 Blancpain Sprint Series. The Belgian-Dutch Audi-duo now have a 26-point lead in the standings and if they can extend that advantage by a further eight points in Italy, Vanthoor and Frijns will be crowned champion with one round left to run. Their task to clinch the overall Blancpain GT Series drivers’ title (for the combined Blancpain Endurance and Sprint Series) is clearer, the pair hold a 45-point lead in that overall classification. 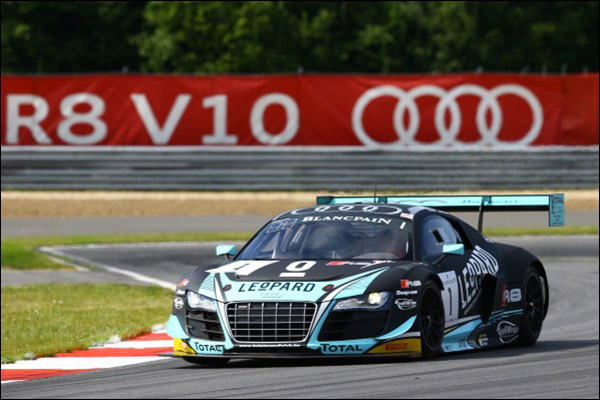 However, predictions for the races at the Misano World Circuit Marco Simoncelli are hard to make. The Italian track, which changed its racing direction in 2006 – has never featured on the calendar of an SRO-promoted Sprint Series and although an official test was organised before the start of the season, the current autumnal conditions might create a surprise or two.

For Bentley Team HTP’s Maxi Buhk and Vincent Abril, second in the standings, it will be a case of keeping their title chances alive until the last round in Zandvoort. The Bentley drivers are able to beat Vanthoor and Frijns, and have done so during the Moscow round at the beginning of July. All other drivers still holding a mathematical chance on the title no longer have their fate in their own hands and must count on an off-day for the Series leaders in order to hang on to their title chances.

They might get a hand or two from a Blancpain Sprint Series newcomer: the Lamborghini Huracàn, entered by the Grasser Racing Team. The Austrian squad, winners of four races last year, make their come-back having spent most of the 2015 season in the Blancpain Endurance Series. The two Lamborghinis will be driven by Mirko Bortolotti and Patrick Kujala on the one hand, and Jeroen Mul and Alberto Di Folco on the other. Both Bortolotti and Mul have completed the Endurance season with the Huracàn, while Finn Kujala and Italian Di Folco are graduates from the Lamborghini Blancpain Super Trofeo. The two 19-year olds are the new 2015 champion and the 2014 Pro-Am champion respectively. 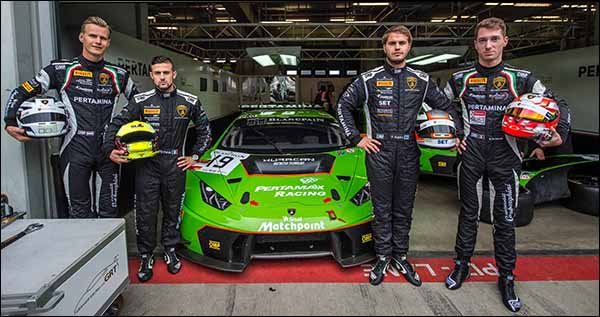 The Danish Fjordbach twins are welcome returnees as well with the #74 ISR Audi, going head to head with the Dutch Bentley pairing of Szymkowiak and Van Splunteren in the Silver Cup.

The Misano meeting will feature Trofeo Abarth, the GT4 European Series and the deciding round of the inaugural GT Sports Club season on the support bill as well as three Italian single seater and prototype championships. The Italian meeting, will also see racing in the dark on Friday and Saturday with the meeting also seeing the latest meeting of the Ultracar Sports Club.