Under perfect conditions, the 5th edition of Rennsport kicked off at Mazda Raceway Laguna Seca. The quality of both the cars and the drivers is staggering. It seems every corner there is another car that triggers some long dormant brain cell back to life. Porsche has a heritage in the sport that is well above and beyond any other manufacturer in the business. When it comes to sportscars, Porsche truly has done it all. 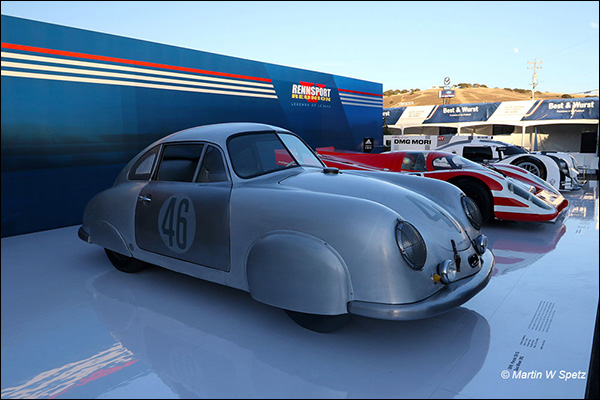 After the win for the 919 at Le Mans this year, it is fitting that this Rennsport edition is focused on success at Le Mans, where the German marque has won a total of 17 times since taking their initial victory in 1970. Having all 17 winners would be impossible, (especially as the 1985/1986 were the same chassis as were the 1996/1997 chassis), but the Porsche team has done a great job of assembling representative examples of all of the winning car types. Samples of 917, 936, 935, 956, 962, WSC Spyder, GT1 and finally the 919 are all present and accounted for at the track. 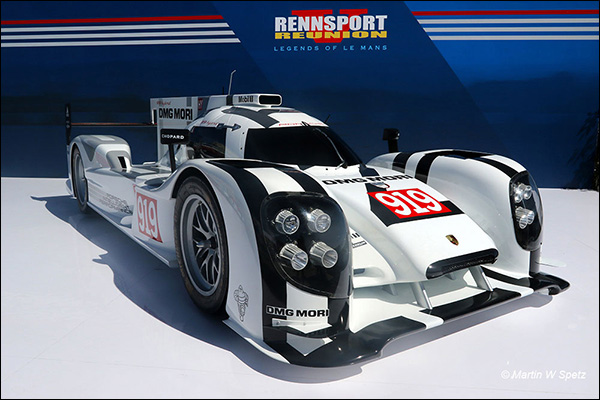 But it is not just Le Mans winners either. Since 1951, there has been at least one example of a Porsche entered and there should be little doubt that there are examples of all of those types too. 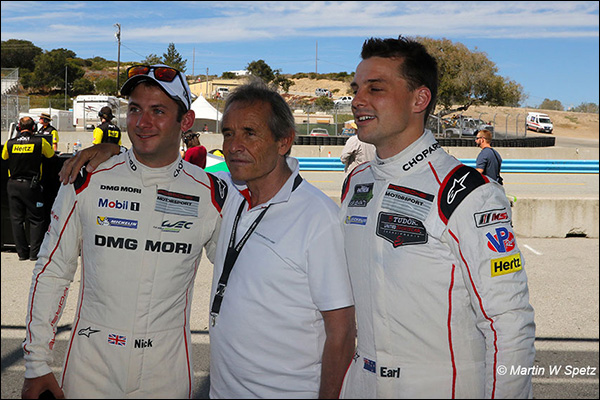 From the driver front, Porsche has assembled a large number of significant personalities associated with the marque through the years and is making those individuals available to the public through autograph sessions as well as question and answer sessions throughout the days. 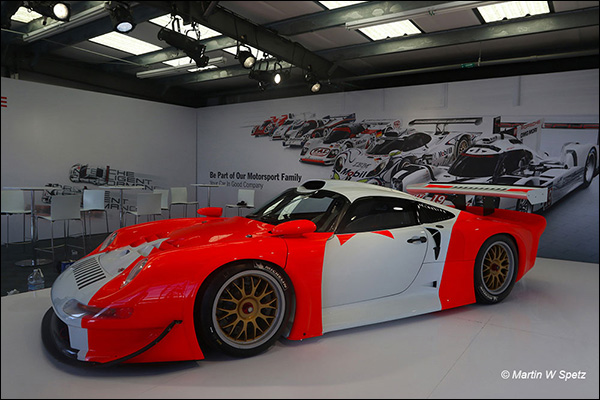 All in all, it promises to be a stunning weekend for all.

Notes – Last week, just prior to the COTA race, it was announced that ISC was dropping their pursuit of taking over the Laguna Seca facility. According to CEO Gill Campbell, that joy was short lived when it was discovered that the County intends to take open bids for the contract. Thankfully there is a grass-roots effort that is gaining traction to keep the track under local management. Keep Laguna Seca Local has a presence here this weekend, just as it did at the Historics just last month. Gil indicated as before they here and her team would not go down without a fight. 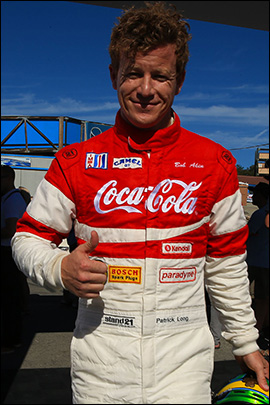 As far as good news, Track PR Manager David Hart reports that event per-sale tickets were up by about 30% over the last Rennsport here as of a few days ago. From all appearances, this could well become the best attended event at the track this year.

Seen in the paddock, Bob Long? Patrick Akin? Pat Long has the chore of driving one of the old Bob Akin 935s and is celebrating the occasion with a replica driver suit of what the late Sebring winner used to wear. (pic courtesy of Marshall Pruett).

Driving to and from the track, the effects of a long, hot and very dry summer are seen. Multiple hillsides are scorched now and occasionally you can still see on the roads where the fire retardant was dropped. It got close-ish to the facility, enough to cause concern, but no harm was done.

On a personal note, as of leaving Canepa Design this morning, I looked at the clock in the car. It read 9:11. Upon the next check it read 9:17. That was a bit eerie. When I next looked it truly did read 9:24 and was followed by you guessed it, 9:28. Absolutely true. That was the last time I looked, at that point I was a bit concerned that my rental had been hi-jacked by some erstwhile Porsche Technicians.