A second team confirmed this week that it would compete in the 2016 French LMP3 Prototype Championship with a Ligier JSP3: the French team N’Race, which has already participated in VdeV competitions.

“We have been following the development of the Ligier JSP3 for a while,” says N’Race team manager Olivier Virolle.

“I think that ACO nailed it with this category. It opens the door to Le Mans prototypes while keeping purchasing and development costs capped”.

The Ligier will be delivered in January. A second Ligier is also being considered: “Although we did not publicize our purchase much, we have received offers from many drivers, who are interested in the LMP3 category and the GT Tour”.

As Jacques Nicolet has already confirmed for DSC, the Ligier JSP3 has triggered a lot of interest and several orders – DSC believes that more than 25 cars have now been ordered with new sales prospects being quoted a February delivery date, this even after a boost to the production capacity at Onroak.

Despite that the French company is actively seeking new customers.

At Magny-Cours this week, several French GT Tour team managers and drivers were invited to test the car, including gentleman driver Joel Rivière. 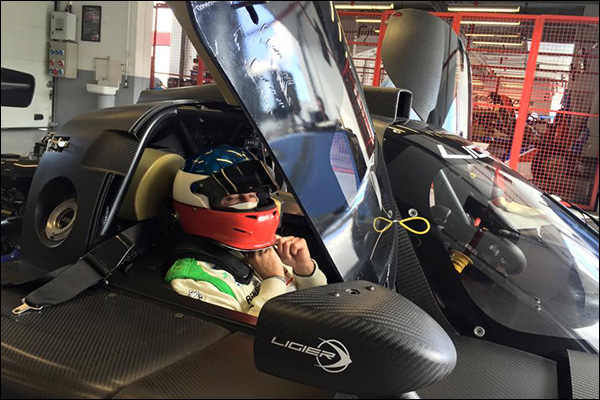 On his Facebook page, he was very enthusiastic about his test: “First of all, the car looks really nice […] . The chassis is just incredible. The aero package is such that you always end up having a hard time reaching the car’s limits… even when you are going full throttle in the first corner after the pits. This car is very easy to drive. It will be hard to beat, no matter what the championship. I might very well order one. I already have a sense of its livery”. 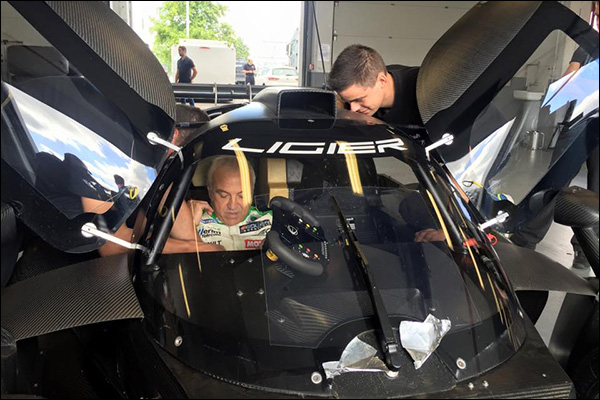 Stephane Chosse, the founder of Adess, revealed that five ADESS 03 have been sold so far, including two for team AAI in the Asian Le Mans Series.

He would not yet reveal the identity of the other owners. He was, however, able to provide a few hints about their background:

“I have to admit I was contacted by several teams that raced in the French GT Championship”.

Chosse also shared some thoughts on the Adess shakedown in Hockenheim last week, a potential 2 day test was halted after the first day: 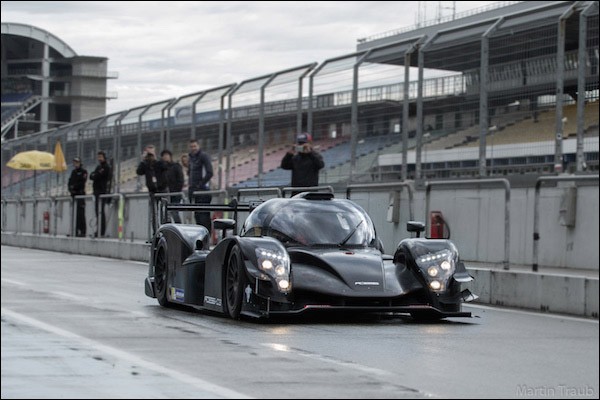 “We have not been very lucky with the weather in Hockenhein. There was constant rain on the track, but we were still able make sure that all systems were working properly. Of course, a few adjustments to the car will be necessary, but we are generally satisfied with this shakedown. We have not identified any major weaknesses, and the car has already proved to be reliable. We were able to conceive a prototype that is not expensive to run. It was a real challenge to remain below the cost cap of 205,000 euros set by the ACO […] Over the next three weeks, we are going to accumulate miles with the car. That will give us a better idea of its potential. Then we will have six months to prepare for competition. That is our calendar”.

That seems an odd statement bearing in mind that the AAI cars are due to debut at Fuji in a fortnight’s time!