This article first ran on Racer.com

Chip Ganassi Racing’s testing program with the new Ford GT has moved to the high banks and road course infield at Daytona International Speedway. Team partner, and Ford GT constructor, Multimatic had been responsible for the program’s testing efforts leading up to Daytona, and with the first race chassis in their hands, the CGR Ford effort has launched its own test plan that will continue through January. 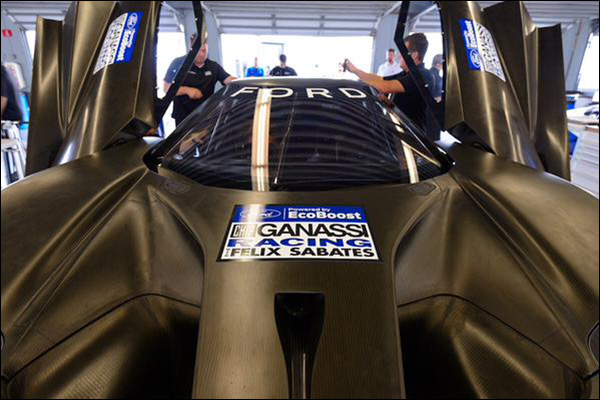 CGR has been waiting patiently to begin its own comprehensive test program with the Ford GT, and after completing its first day of running at Daytona International Speedway, CGR managing director Mike Hull was enthused by the outcome.

“We’ve been part of what Multimatic has been doing with their testing, but this was our first time out on our own, the car has a lot of potential, and it was a lot of fun to put some miles on the first production racecar. It’s a nice racecar. As a finished car delivered to us by Multimatic, the Ford GT is one of, if not, the finest cars from a manufacturer we’ve ever received.

“All of the small details are there, built into the car, and from all of the work Multimatic did in their testing, they made sure those items were carried into the first production car and that’s made our lives really easy.”

A few electronics issues limited the CGR/Ford program in the morning, but with those problems rectified, Hull says they were busy logging miles in the afternoon. 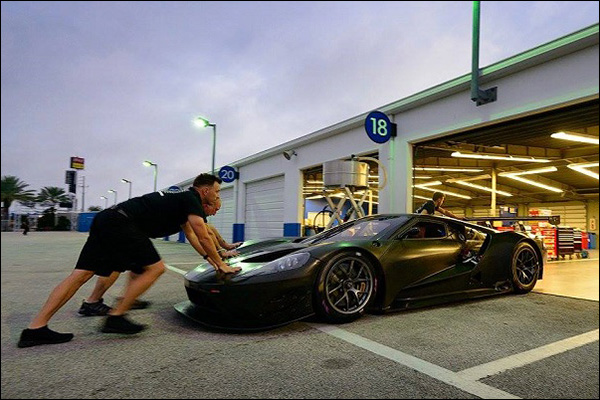 “We had a few teething issues, but I don’t know if that’s unexpected,” he added.

“There’s always a few surprises with a brand-new car turning its first laps, so you go into a day like today being prepared to learn from the car and to look for whatever areas you find that need attention.

“We had some small things we wanted to fix early in the test, more software than hardware stuff, then put in a lot of laps this afternoon and got a great direction to go for tomorrow. Altogether, it was positive.”

With drivers Joey Hand and Scott Pruett in attendance, Hull and the team will put in one more day of testing before packing up and heading back to their base in Indianapolis. More tests will follow after Daytona as the team readies a two-car effort for 2016.

“We’ve been waiting to get going—we’ve been a little restless, but we can start striking the hammer now on the program to get things going,” he said. “Hopefully we’ll have more good stuff to report tomorrow.”