DSC caught up with Adess boss Stephane Chosse inthe Fuji paddock yesterday evening as the first two Adess 03 LMP3s were delivered to Team AAI ahead of track action for the opening round this weekend of the 2015/ 15 Asian Le Mans Series.

“We have been in Japan since last Monday (28 September) with one car testing here and then at Suzuka for a two day test (again with one car) on Friday and Saturday. 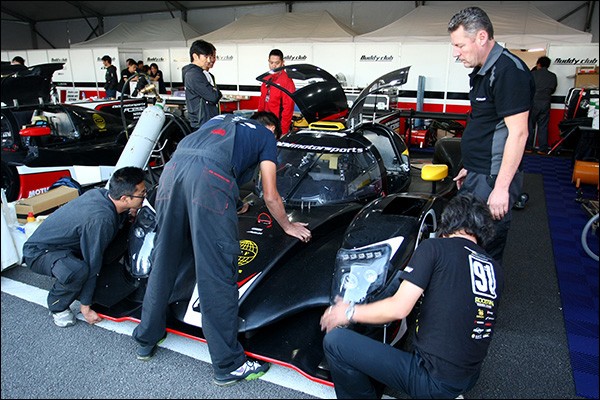 “The second car arrived with us on Tuesday and is getting some final assembly here but will be ready to run tomorrow morning (Friday).

“It has been quite an effort to get both cars here but we have made it. Team AAI’s owner though was very clear – he wanted both cars here for the first race and we’ve made it. We probably needed more mileage on the cars but let’s see!” 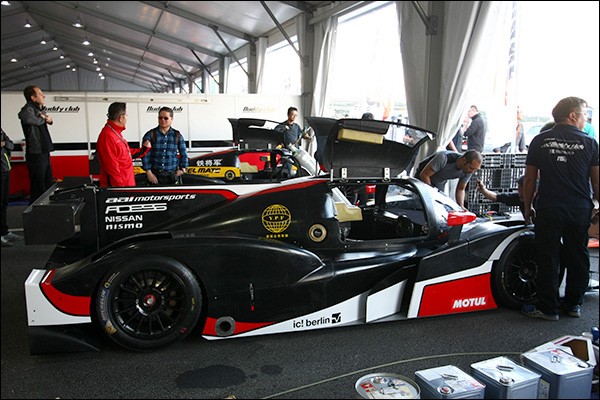 AAI are the launch customer of course – beyond that how are sales of the Adess 03 going?

“For the moment we have already sold five cars, two for AAI and three in Europe, two for G-Private Racing, and a third for a Swiss flagged entry Team All-Sports (a sub-brand of G-Private).

“It’s not yet clear where the cars in Europe will race, some ELMS races for sure but also in the VdeV as well, that will be up to the team – But I think one car minimum will do the ELMS.

“Car number three will be presented on track next week in Majorca and after that car number four which is currently in preparation in our workshop.

“The production of the cars is being done by Adess but using G-Private’s facility in Majorca. That gives us access to a test track at the production facility.

“That’s important for the customers. It gives them the opportunity to sample and test the car before taking final delivery. Having Adess on tap to help them to understand the car, and to get issues like driver comfort settled very early is a big advantage for us.”

And Homologation? where are you with that process?

“Homologation is in the final stages but we can race here with our current status (as Ginetta have done all season thus far in the ELMS). We are very close to finalising the process though.”