The Blancpain Sprint Series Driver’s Title is going to go down to the wire after Max Buhk and Vincent Abril managed a lights-to-flag victory in the #84 HTP Bentley in the Zandvoort Qualifying Race. A costly spin by Robin Frijns on lap 1 in the #1 WRT Audi has blown the championship wide open, as Buhk and Abril now lead by just one point with one race left. 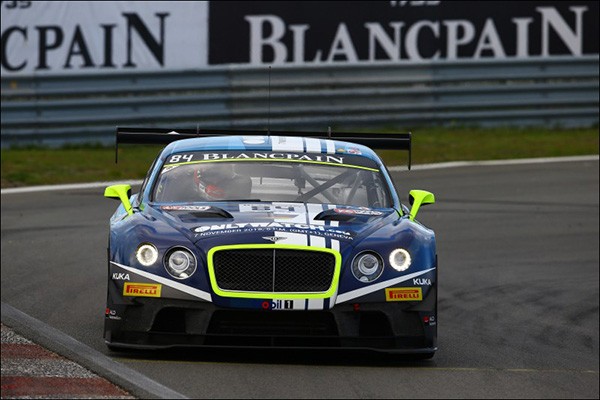 “It’s been a good day, I had a good start, that was my main focus,” said Buhk afterwards. “I wanted to be consistent with my tyres until the end of the stint. I got word over the radio that the #1 WRT went off, so I was really happy and played it safe.”

As the field dived into Tarzan on the first lap, Frijns – who started second – spun into the gravel on the outside, bringing out the safety car and losing a lap. It wasn’t clear from various replays whether or not the he was tapped by Norbert Siedler’s Rinaldi Ferrari, but Markus Winkelhock in the #6 Phoenix Audi believes there was contact.

“I need to see it again,” Winkelhock admitted. “But I think there was a little touch between the Ferrari and the #1 Audi, that was from my point of view.”

Either way it was a disastrous start the race for the #1 Audi, which would spend the remainder of the race after being dug out of the gravel, fighting through the pack. But Mies and Frijns were still a lap off the rest of the field and therefore unable to move up the order. They came home a lowly 15th.

When the safety car went in, the field spread out in the run to the pit window. The #2 WRT Audi of Nicki Thiim held second spot, but was unable to keep up with Buhk ahead. “The Bentley was just tremendously quick down the straights,” explained Thiim. “There wasn’t much we could do, so we settled for second spot.” 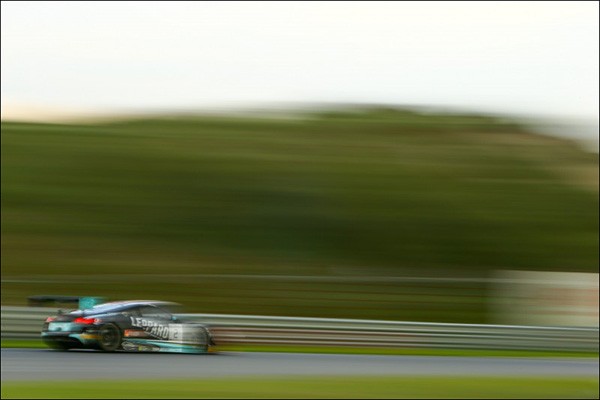 Third was the #333 Rinaldi Ferrari of Seidler with the #6 Phoenix Audi of Winkelhock fourth and Reiter Engineering Lambo with local Nick Catsburg behind the wheel rounding out the top five.

Most of the frontrunners dived into the pits within two laps of the window opening. When they rejoined the order was much the same aside from a major slip up from the Reiter Engineering crew, which cost the team seven places. The right-rear wheel nut jammed on the Gallardo when Albert von Thurn und Taxis climbed aboard, forcing him to sit and watch much of the field fly past on the pit straight. When Taxis rejoined, he was 12th, where he would finish. 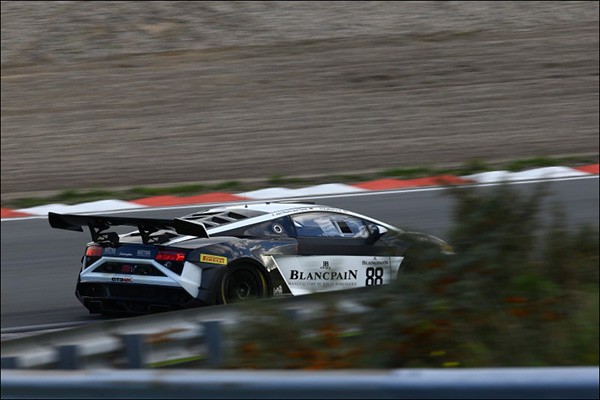 This promoted the Always Evolving Nissan of Sean Walkinshaw to a spot in the top five, but the Brit had trouble in the final quarter of the race holding off a hard-charging Stephané Richelmi in the #3 WRT R8. Walkinshaw made a mistake, running too deep into the Audi S with under 15 minutes remaining, allowing Richelmi to slip through.

Walkinshaw would manage to hold sixth spot until the end, but only just. Jules Szymkowiak’s #83 HTP Bentley which had a mighty drive through the field during the race after Max Van Splunteren’s off in Qualifying was all over the back of the GT-R after the error, but had to follow it across the line seventh.

Up front, the #333 Rinaldi Racing Ferrari received a penalty for a pit infringement, which meant the 458 fell out of the top three and into fourth in the final minutes after serving the punishment. It allowed the #6 Phoenix Audi to claim the final spot on the podium, much to the delight of drivers Nicki Mayr-Melnhof and Markus Winkelhock.

Tomorrow’s action has potential to be frantic. With the #1 WRT Audi starting 15th for the Main Race, all of a sudden the title is Abril and Buhk’s to lose.

“We couldn’t have expected much better arriving here,” exclaimed Abril after the race. “Max did a mega lap in Qualifying, we drove well in the first race and we are now in the perfect position for the title.”