After an almost 12-hour long scrap, Scuderia Praha crossed the line at Brno in first place, its Ferrari 458 Italia GT3 of Jiri Pisarik, Jaromir Jirik, Matteo Malucelli and Peter Kox beating out Ram Racing’s Mercedes SLS by just over a lap. Despite finishing second however, Ram Racing finished off its fine season by winning the (A6) GT3 Driver’s Title, to add to the Team’s Title it won at Barcelona last month. 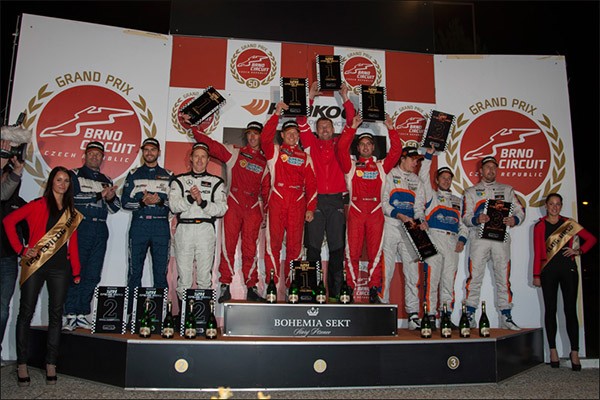 The overall Teams and Drivers Titles were also wrapped up at the event. The Team’s Title was awarded to the Duel Racing Seat Leon of Phil Quaife and the Moutran trio of Ramzi, Nail and Sami by just three points ahead of the Hofor and Ram Racing teams who finished joint second.

Meanwhile, Hofor Racing’s Chantal Kroll wrapped up the Driver’s Title on his own, having scored consistently at every round this season.

Differing pit strategies and variations in lap times achieved by the drivers on their stints meant the lead changed several times, as the Praha and Ram squads duked it out. But in the final quarter of the race and especially the closing stages, the pole-sitting Ferrari’s pace was better, and it pulled away until the chequered flag, much to the delight of the whole local Praha team who enjoyed taking the win on their home soil. 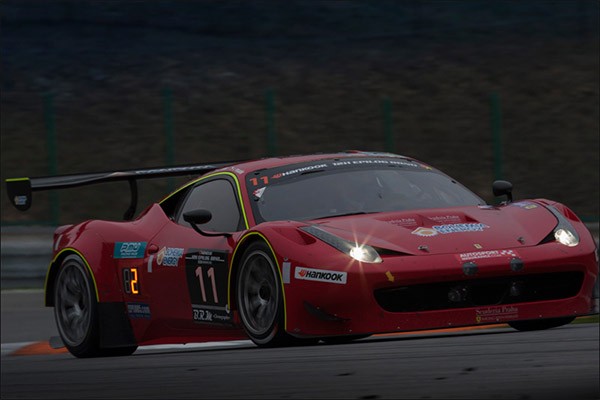 “We are a team that races to win,” commented Ram Racing’s team principal Dan Shufflebottom after the race. “So, naturally finishing second isn’t what we came for, anything less is disappointing. However, to take the GT3 Teams’ and Drivers’ Trophies is a huge success for the team and we’re proud to add it to our collection back at Silverstone Park.” 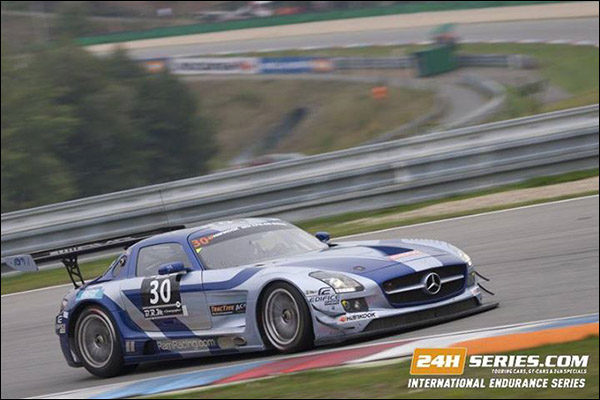 Victory in the 997 class went to Austrian team MSG Motorsport that had a largely trouble-free run with its #51 Porsche 991 Cup car of Felix Wimmer, Luca Rettenbacher and Klaus Bachler, the drivers leading leading their class almost throughout the race and finishing eighth overall as the best-placed non-A6 class car.

The two MARC Cars Australia entries ran first and second in the SP2 class for most of the race, but some issues in the final two hours allowed the Scuderia Praha’s #44 Ferrari 458 Challenge car with Dusan Palcr, Josef Jakubik, Lubomir Jakubik and Matteo Cressoni to come to the fore and take the class win, doubling up the success for Scuderia Praha in its home race.

There was more success for BMW with the A5 class win for Czech team Duck Racing with the #82 BMW M3 GTR E46 of Lumír Firla, Daniel Skalicky and Dan Suchy peddling. In class A3T, there was a close fight for class honours between the best of the Team Altran’s two Peugeot 208 GTIs (the #205) and Ramzi Moutran, Nabil Moutran, Sami Moutran and Phil Quaife’s #95 Memac Ogilvy Duel Racing SEAT Leon Cup Racer, that saw the Peugeot coming out on top.

“We could see the way things were going and knew we’d have to be on it over the course of those final hours,” recounted Quaife later. “Playing it safe was the right strategy to begin with and the guys executed the plan perfectly, but there came a point when a few of us got together and agreed it was now or never if we were to have any hope of winning the Overall title. We agreed the only option was to push as hard as we could and, happily, that approach paid off in the end.

“It was pretty hairy out there at times; we couldn’t afford to lose any time in traffic, either overtaking or being passed by faster cars and it required total commitment. Obviously the end result was fantastic but we really, really had to work for it. No-one gave us it on a plate, and winning the championship tastes all the sweeter for it.”

Last but not least, Presenza.eu Racing Team Switzerland took the A2 class honours with its #112 Renault Clio of Luigi Stanco, Stefan Tanner and Klaus Kresnik.