The leader in the standings, IMSA Performance’s Porsche took the pole position for Saturday’s race, but then Dumez crashed before the end of the qualifying session.

Damage to the car was significant enough to make the current title holder start from the pit-lane.

Despite the help of a safety-car during the race, Narac-Dumez-Pernaut couldn’t finish better than 11th and scored only one point.

Two other title contenders also had a bad Saturday.

Lémeret-Cayrolle-Santamato retired after a suspension failure while leading. They are now one win away (25 points) from the championship leader.

Hallyday-Gaillard-Parisy retired too after being hit by the other Sebastien Loeb Racing Audi. The title is definitely out of reach for them.

The only lucky title contender of the day was the Ferrari of Beaubelique and Moullin-Traffort, joined by Mastronardi. It won the race, reduced the gap from 31 to 6 points in the drivers championship and gave the team’s title to Jérôme Policand-managed Team AKKA ASP. 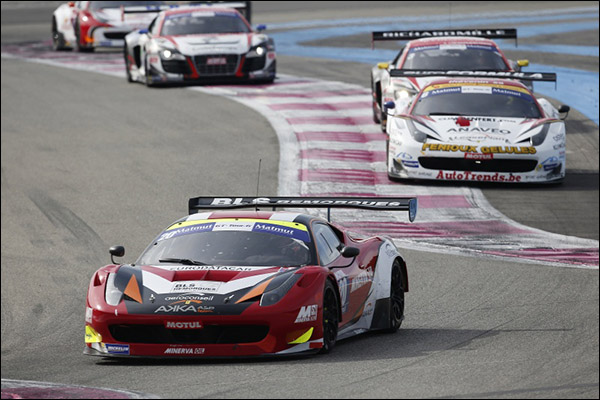 The first lap was eventful, with several cars having contact at the chicane in the shortened Mistral straight.

The main victim of the mess was the Ferrari #20, Saturday’s winner, which was forced to retire. One more title contender down!

The way is wide open for IMSA Performance, having just to score one point to take the title. But it isn’t a easy run for the Rouen-based team, as Narac hit some tyres marking the track limits and then spun a few laps after repairs.

Winning the race is mandatory for Lémeret-Cayrolle-Santamato to keep some hopes for the title, but Santamato found the door (literally!) open during the first stint.

After a very disappointing Saturday, Sébastien Loeb Racing had a better day on Sunday, its Audi R8s doing a 1-2, the final race of the season being won by Hallyday, Gaillard & Parisy. 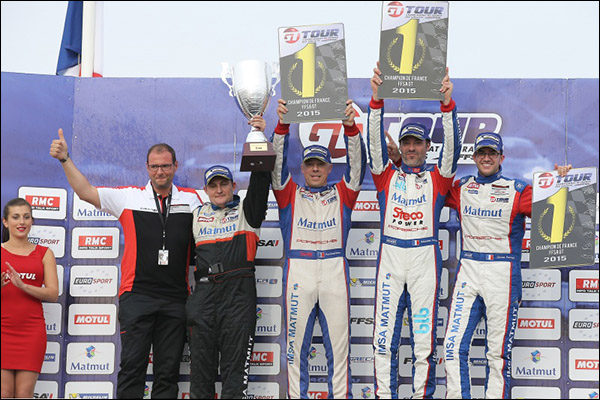