Nissan NISMO’s Global Head of Sales, Marketing and Brand, Darren Cox, today announced his intention to depart the company after 18 years with the Renault-Nissan Alliance manufacturer. 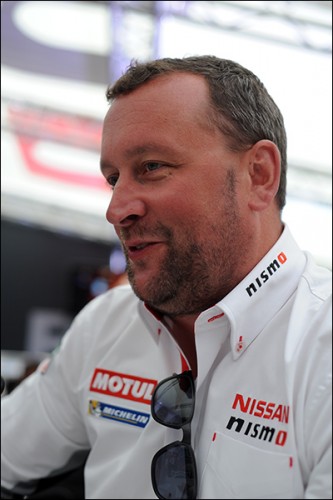 Speaking of his decision to depart Nissan, Cox commented:

“The decision to leave Nissan and the Alliance was not an easy one. I have enjoyed a great many years working on some amazing projects with great people and have thrived on the challenges, successes and even failures, in equal measure. I have seen GT Academy grow from a small European initiative to now embracing countries representing half the world’s population. I am equally proud of successes such as participating in the launch of Juke, managing marketing for Qashqai in Europe and being part of the team working to expand the Nismo Brand. While I am excited to take a new direction in my career, there is much that I will miss about my time with Nissan and I wish everyone all the best for the future.”

An announcement about subsequent restructuring within NISMO as a result of Cox’s departure will be made in due course.

“We would like to thank Darren for his many years of effort and innovation at Nissan and in particular to the Nismo Brand, on and off track” said Roel de Vries, Nissan’s global head of Marketing. “We wish him all the best as he enters a new stage in his career and know that he will continue to follow us closely and with continued passion in the future.”

From here at DSC we’d like to add our best wishes to ‘DC’ too – Nissan’s support for our efforts has added immensely to our ability to cover a number of Championships in recent years, and in particular has eased our transition to a free to view service adding a large number of new followers to sportscar and endurance racing.