After a brief delay for repair to a tyre barrier assaulted by a Porsche Carrera Cup Asia car the FIA WEC cars were out on track.

The grim conditions from yesterday have mercifully cleared and its a muggy, hazy (ie smoggy) morning in Shanghai.

All 31 runners were out on track almost from the start of the 90 minute session and it was the Audis to the front almost immediately. 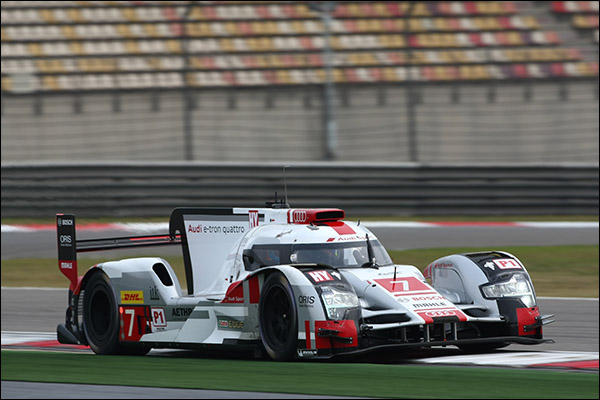 Andre Lotterer’s 1:45.707 led the pack from di Grassi, 6 tenths off and the pair of Porsches next up.

Paul Loup Chatin was the early leader in LMP2 in the #36 Alpine before Richard Bradley bettered the time, 1:55.069, in the #47 KCMG Oreca Nissan. 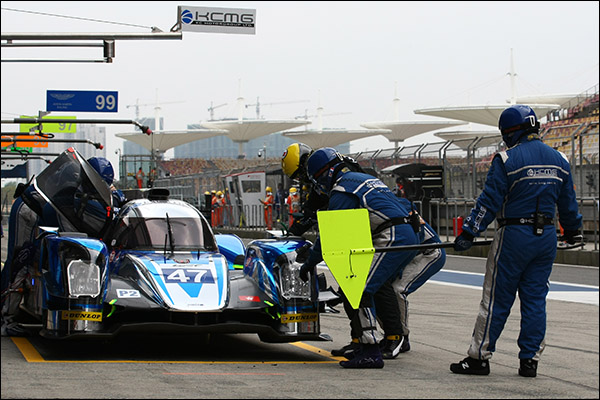 Sam Bird closed the gap to the KCMG car in the last 15 minutes to under a tenth.

GTE Pro’s early running saw a Porsche 1,2. Patrick Pilet the first man into the 2:04s (2:04.785) in the #92 Porsche. Richie Stanaway and James Calado were within a tenth or two of the second Porsche. 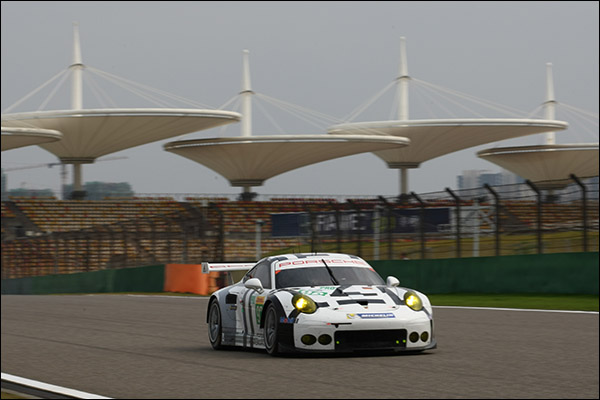 Paulo Ruberti was top of the shop in GTE Am by the halfway point, the Larbre Corvette man’s 2:06.039 bettering Andrea Bertolini’s early session time by three hundredths. 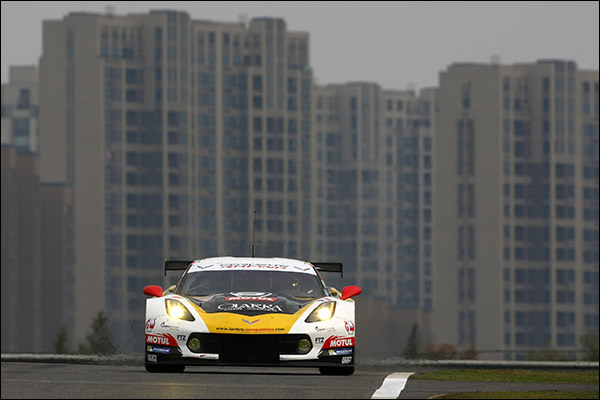