Christmas has come early to the FIA WEC paddock it seems and the always attentive WEC TV reporter Louise Beckett was right there to capture the unexpected visit of a very special guest! 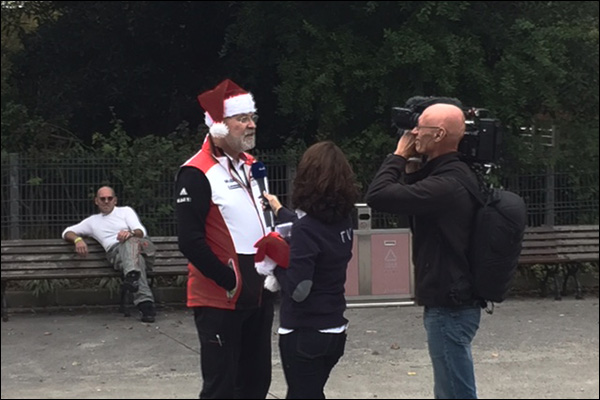 We’re firmly in the ‘silly season of who goes where and does what in 2016 with plenty of speculation around the plans of several drivers and teams.

Prime amongst them seems to be the possible closer involvement with the Tequila Patron ESM squad next season of the Oak Racing structure with the future destination of the G-Drive backing, and Roman Rusinov not yet clear though Roman is understood to favour retaining a relationship with Onroak. 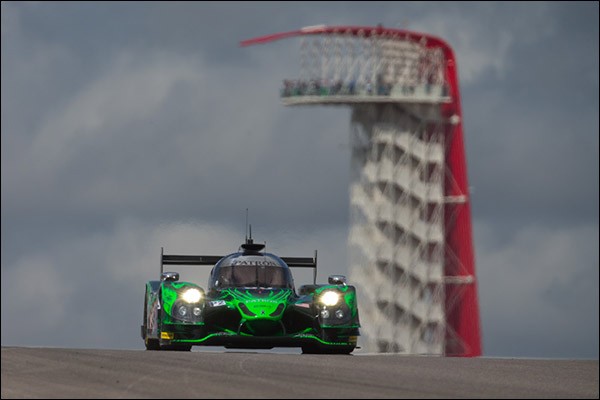 A senior team source at ESM confirmed that the team was very happy with the input from the Onroak/ Oak ‘family’ this year but made it clear that no decisions on the team’s plans for 2016 (beyond the news of their continued presence in the FIA WEC) had yet been made.

Spotted in conversation with more than one team here was 2014 Prospeed Porsche man Mathieu Vaxiviere, the French single seater racer presumably keen to get ahead of the expected turnstile of single seater visitors to teams at Bahrain where the FIA WEC will be supported on the weekend’s bill by both GP2 and GP3.

The high profile single seater series are joining the WEC bill as a late addition to their calendar after the loss of the German round earlier this season, Bahrain forming the penultimate round of both series, the second visit of the year for both to the circuit, and forming a back to back end to the season in the UAE with the final round(s) the following weekend at Yas Marina.

Aston Martin Racing’s John Gaw meanwhile was unable to confirm whether we will see the return of the absent #95 Young Driver AMR Aston Martin for Bahrain, making it clear that the decision was one made entirely by Young Driver Team Principal Jan Struve: “though unless things change here (on the Balance of Performance front) there wouldn’t seem to be a reason for him to change his mind.”