A Ferrari 1,2 in LM GTE Pro and a last ditch Aston Martin 1,2 in LM GTE Am were the headline results from 20 minutes of qualifying at Shanghai International Circuit.

It was a session that Porsche did not seem to attack, neither Pro class 911 RSRs taking a second set of tyres and only the #92 breaking into the 2:02s in the session, with the still strangely out of sorts #97 Aston, stone last again.

That left the pole battle between the Hanergy Energy sponsored #99 Aston Martin, and the pair of battling AF Corse Ferraris. 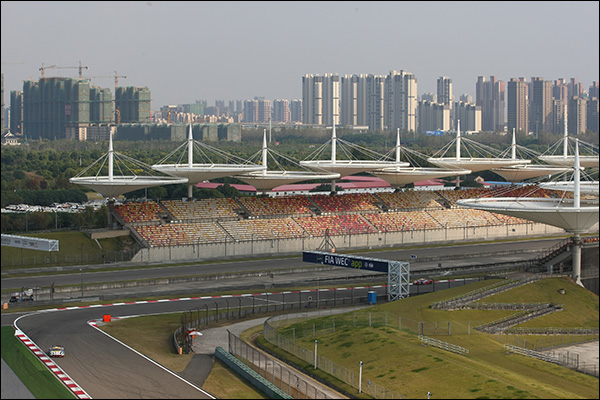 The initial form of the #99 looked good but it was soon clear that the Ferraris were on a mission.

Alex MacDowall and Fernando Rees both dipped into the 2:02s but the form of both Ferrari crews, both opting to switch to the softer Michelin compound for the second drivers, took the gap beyond their reach.

James Calado kept the gap to a rampant Toni Vilander to a tenth and a half before Bruni and Rigon did battle, it was an excellent lap from Bruni that sealed it. Gimmi popping in the only lap under 2:02 (2:01.987) of the session to stretch the gap on the two lap average to just over a quarter of a second, this despite Rigon (on the softs) bettering his team-mates early session time by a quarter of a second.

In GTE Am it initially looked like an all Ferrari battle but the Larbre Corvette and the Aston Martin pair, were never far away and soon took control.

Fastest lap of the class session went to Pedro Lamy in the #98 Aston Martin, a 2:03.484, Stuart Hall next up as the driver changes occurred. 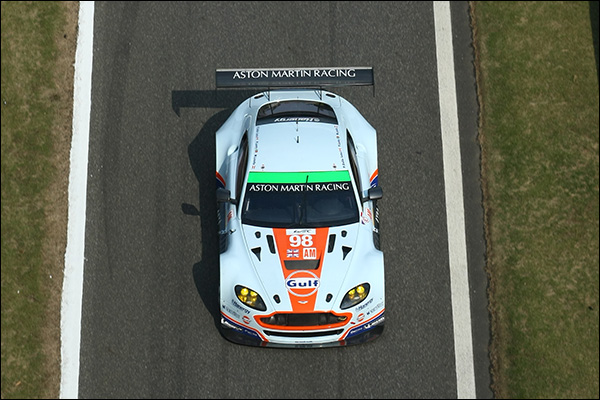 With the second drivers mostly the lower ranked men it soon became a battle of whose Silver (or Bronze) was the shiniest. Plus the added spice of Pat Long in the #77 Porsche and Paulo Ruberti in the #50 Corvette.

The Italian soon had the #50 up into second place, the only other man into the 2:03s, with Liam Griffin doing a fine job of fending off the Corvette. As the checkered flag loomed it looked like a fine pole position for the #96 but a last gasp major improvement from Paul Dalla Lana saw the #98 claim the pole, and the point, by just over a tenth of a second over the two lap average, the Canadian’s last lap leapfrogging 4 other cars in the class.