What’s happened to the relative competitiveness of the Aston Martin V8 Vantage GTE? 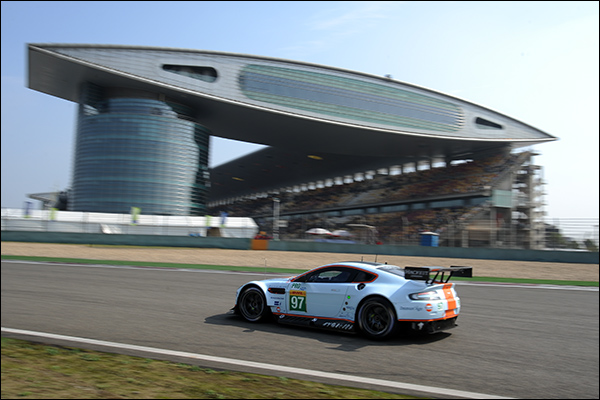 That’s been the question since the Le Mans 24 Hours with the much discussed (and sometimes maligned) Balance of Performance the usual whipping boy, the Vantage GTE’s doled out a substantial air restrictor change after Le Mans, some of which was later reeled in.

But that doesn’t seem to be the whole story – and it certainly doesn’t explain the large relative difference in stint and race long competitiveness between the Pro and Am cars and their competition.

The other potential factor is a significant one that does not currently feature in the Balance of Performance process, tyres, and specifically tyre development.

GTE is an open tyre formula and whilst there is no-inter-brand competition in the WEC at present, the whole field races on Michelins.

There are however several different types of Michelin, and the potential for a manufacturer to effectively push the button on unlocking Michelin’s ‘Skunk Works’.

That appears to be where the imbalance has occurred.

Since Le Mans, DSC is aware that Porsche have had multiple test days where tyre development has been the primary item on the todo list – That period has coincided with a distinct upturn in form from the factory 911 RSRs. 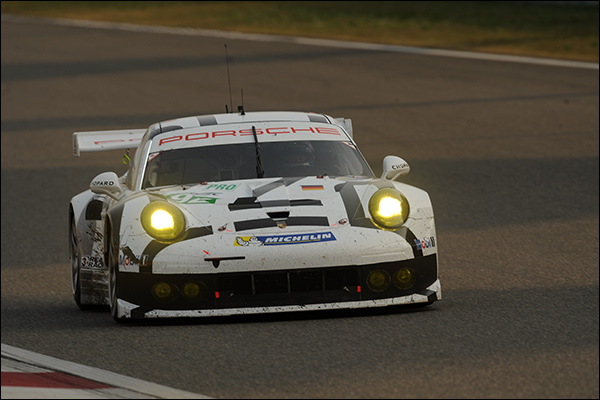 It has also been the same period that has seen the Aston Martins begin to struggle (no Pro class Vantage has finished on a podium since Spa).

A Porsche team source confirmed the (entirely within the rules) testing regime for the team but refused to comment on whether tyres had been the focus of that testing.

Ferrari routinely refuse to comment on such matters but we believe that the 458s were provided with the development rubber after the Nurburgring race with Aston Martin now on the same spec too but with the development tyre now very much favouring the mid/ rear engine cars. 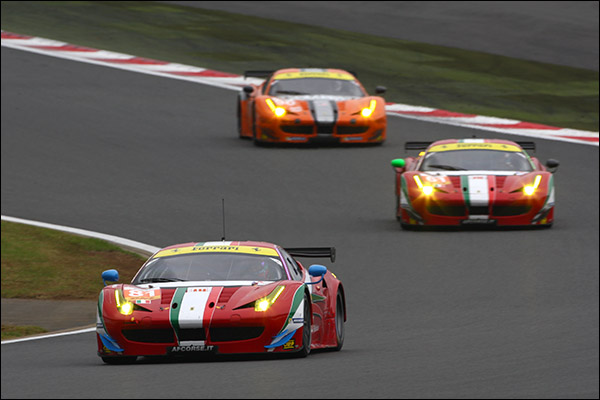 In the Am class all cars use older spec customer rubber, thus explaining, at least in part, why the relative difference in pace is less defined in that class.

Aston Martin’s other disadvantage stems from their relative lack of fuel efficiency, the Vantages take on 95 litres of fuel compared to 85 per full fuel stop for their Pro class competition.

The restriction on that pit stop time is defined by a fuel flow restrictor, AMR therefore have an effective time penalty equivalent to the time that 10 litres of fuel takes to reach the car from the rig.

That disadvantage looks set to disappear next season with a move afoot to equalise the static time per stop for the GTE cars and to include tyre development in some fashion within the BoP process.

Will it be soon enough to ensure that the Aston Martins return in significant numbers? We’ll see!