Wednesday saw Dane Cameron on hand to assist Cheever for his first run in a Daytona Prototype.

Cheever, son of Indy 500 champ and F1 veteran Eddie Cheever has spent this season in the NASCAR Whelen Euro Series, where he had one win and three podium finishes in a Toyota stock car. 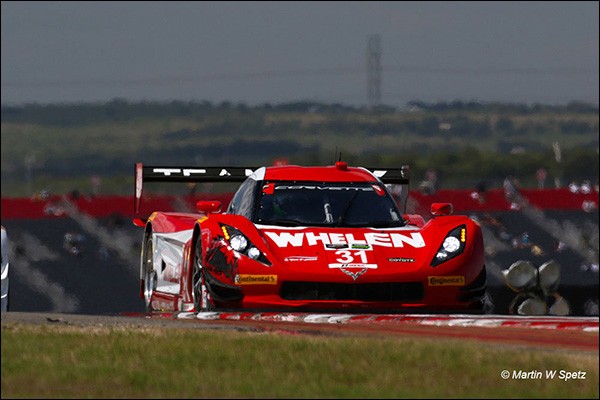 Following the laps Cheever ran in the Coyote-chassis Corvette, team manager Gary Nelson said: “Eddie did a fine job driving during our testing on Wednesday.  I was impressed with his speed but also his car control.”

(This article first appeared on racer.com)

Spirit of Daytona narrowly missed out on capturing its first Prototype championship last season, and when the VisitFlorida.com Racing team returns in 2016.

Marshall Pruett though has learned it will be without the race-winning duo of Richard Westbrook and Michael Valiante.

Although the Troy Flis-owned WeatherTech SportsCar Championship program is starting over with its full-time drivers, the team is expected to maintain vehicular consistency by pressing the #90 Corvette Daytona Prototype into another year of service.

Westbrook, who informed the team of his exit around the season finale at Petit Le Mans, declined to discuss where he’s headed, and is expected to be confirmed as one of Ford’s new factory GT drivers. Valiante, who scored three victories with Westbrook in two seasons at SDR, says he’s searching for new opportunities. 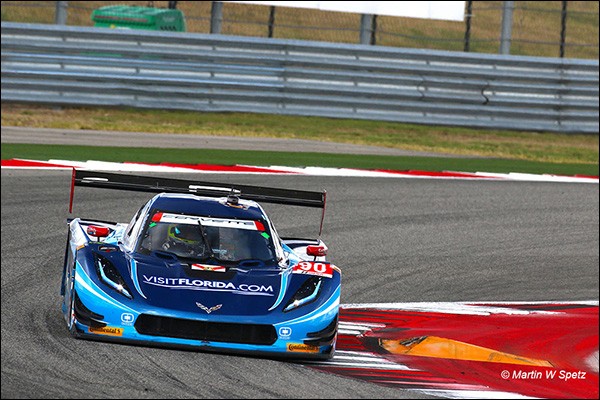 “I won’t be driving for the team next year,” said Valiante. “They let me know about the change really late, so I wasn’t looking for other drives, and now I’m trying to see what options are out there for me. I had a great experience working with everybody, and Richard and I pushed each other to achieve some great results, and now the two of us are headed in new directions.”

Multiple sources have suggested Belgian sports car veteran Marc Goossens has been tabbed to replace Westbrook, and due to the very recent split with Valiante, candidates for the second seat remain unclear. Messages left for Goossens and Flis were not immediately returned.

SDR is expected to participate in the official IMSA test at Daytona on Nov. 17-18, where its new drivers, and some new crew members, will begin the process of building chemistry for a run at the 2016 Prototype championship.